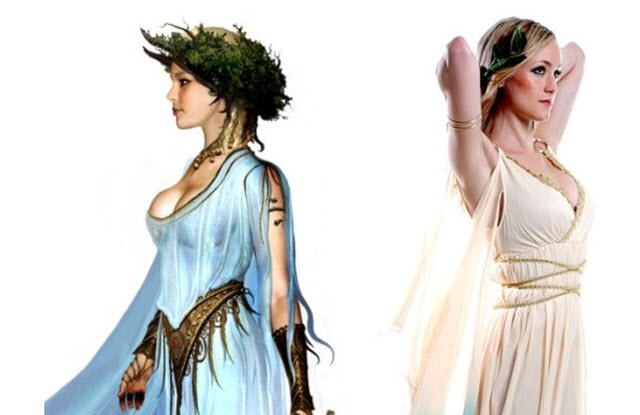 Evony, the maker of an online-only fantasy strategy game, spammed the entire internet with ads that featured a large-breasted animated game character named Lady Eva. Today, it named a real-life model who will appear in ads featuring Lady Eva. 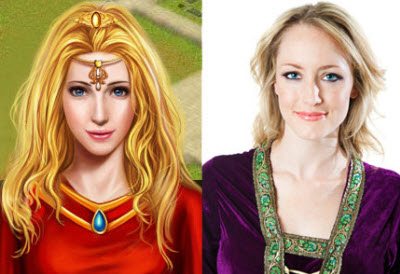 The question is whether Evony’s bust-centric ads represent the dying past of gaming, its present or its future. The game appeals to young males and the ads fit that demographic. In fact, that was the heritage of the hardcore gaming industry’s marketing for many years, as evidenced by all of the “booth babes” at each year’s E3 show. Many games have treated women as sex objects as a way of selling the games.

But on Facebook and in mobile games, half of the audience is women. Male-oriented ads won’t work in that space, and that is where the growth of the market is.

Flurry found in a recent study of mobile games that 53 percent of mobile gamers were women. Many of the new online games, particularly social games on Facebook, appeal to older women. Mobile games are also finding large female audiences on both smartphones and tablets. While enclaves of male gaming still exist, game companies that follow Evony’s path may find themselves cutting off their future growth potential.

If you consider the evolution of Microsoft’s game business, you’ll see that it moved from a male-focused hardcore business to a broad entertainment business that appeals to everyone. Microsoft’s ads and its E3 events now reflect that diversity.

Evony’s original ads from 2009 were attention-grabbers, with the headline, “Come play, my Lord,” accompanied by renderings, animations or photos of chesty women with minimal clothing. But they had very little to do with the actual game play, which is a free-to-play empire-building game.

The company said that the real Eva was chosen by game players as they voted for the right look for the person to represent the game. She will appear on Evony.com in both real and cartoon ads, and will be featured in the title’s in-game tutorials. Evony is prepping a bunch of ads for the Thanksgiving time frame.

Work on the original game began in 2006. Evony’s two titles, Evony Age I and Evony Age 2, are played in over 167 countries. At one point, the Civilization-like game had 27 million registered users. The sexy ads may have been effective early on, but now they seem to have put the company in the position of limiting its future growth. 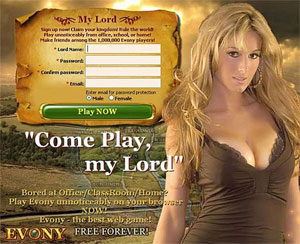 Tony Cerrato, marketing officer at Evony, positioned the new campaign as a way to clean up its act. Eva’s images are likely to look more like the above images than the crass ad from the old campaign to the right.

“Of course, many people are aware of our old, discontinued series and to a lesser extent our current series of ads which focus solely on game play,” Cerrato said. “We developed the new campaign after closely studying the effectiveness of our past efforts, while also listening to our players and critics.”

Interpreting that, it sounds like Evony is toning it down. Of course, you could still call it sexist. There is, for instance, no ad featuring a beefy dude in a toga.