Marty O’Donnell, the composer who created the music for the Halo and Destiny video games, has won his case in a legal battle with his former employer Bungie.

Under a final ruling issued today from a court-appointed arbitrator, Bungie must honor its agreements with O’Donnell that gave him the right to hold a considerable share of stock in the company. And the filing contains for the first time a description of the ordeal that O’Donnell went through as he quarreled with Bungie over issues of creative freedom and stock ownership in the company that he cofounded. The court papers reveal a rare, unseen story of the making of Destiny, and the internal struggles that happened between Activision, the publisher, and Bungie, the developer of the game that is now played by millions.

The arbitrator found that Bellevue, Wash.-based Bungie violated its contract with O’Donnell — recognized by the parties as being known for his “brilliant and iconic work on video games, including Halo, one of the most successful video games of all time, and Destiny” — when it fired him and forced him to surrender all of his stock and forego participation in the company’s profit participation plan.

In an interview with GamesBeat, O’Donnell said, “I”m happy this is over, and I’m ready to move on.”

The award means that O’Donnell should be getting a pay day. It’s not clear how much, but the first payment of the profit-sharing award that he is entitled to for his work in 2014 is $142,500. O’Donnell, meanwhile, is not allowed to publish music from the Destiny game on his own unless he gets permission from the copyright owners. We’ve asked Bungie for comment on the case and will update this story as we receive it. The document that contains the final ruling also contains a description of secret matters such as Bungie’s profit plan and the battle that O’Donnell went through. 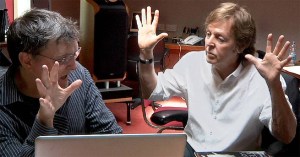 O’Donnell created the memorable musical score for Halo, and he also directed the voice acting for the Halo series. He did the same for Destiny, but after Bungie and O’Donnell parted ways in the spring of 2014, O’Donnell sued. The litigation between O’Donnell and Bungie offered a rare glimpse inside the high-stakes world of one of the best known game development studios on the planet.

Previously, a court arbitrator ruled that Bungie had to return founders’ stock to the fired employee. The arbitrator said in a preliminary injunction that Bungie erred when it stripped the former music and audio chief his founders’ shares in the game studio, which has become extremely valuable because of the success of Halo, which has generated billions of dollars and sold more than 60 million copies, and the success of Destiny.

For O’Donnell, a great deal was at stake in establishing his ownership of Bungie stock. His music is etched in the minds of countless gamers, and O’Donnell also created the music for the Destiny game series, which Activision has said it will spend $500 million promoting over the course of a decade.

In a separate but related case, O’Donnell also sued Bungie to recover unpaid wages related to overtime and other compensation. The court awarded him $95,000.

O’Donnell joined Bungie in 2000 and ultimately served as its audio director until it fired him.

The arbitrator heard oral arguments from both sides last summer and then issued the following findings of fact.

The arbitrator found that O’Donnell demonstrated substantial likelihood of proving that he was one of seven founders of Bungie (which originally had the name Arete Seven LLC) and that the company gave him 1.27 million shares of class B shares in October 2007. Those shares were converted into 336,375 shares of Bungie’s Series B-1 Preferred Stock in 2010, when Activision started making a lot of noise about Destiny. He was also issued 48,000 shares of Bungie’s common stock. And in December 2010, O’Donnell signed a contract extending his employment through 2020. As each installment of Destiny was published, O’Donnell received a share

How the dispute started 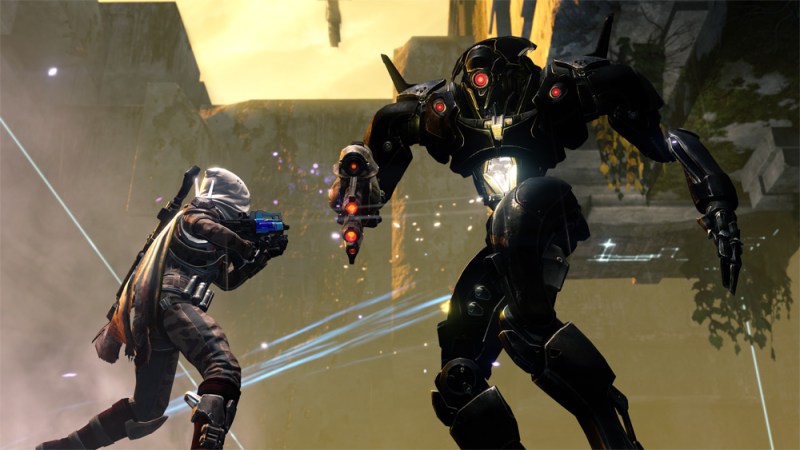 On April 16, 2010, Bungie and Activision Publishing agreed to make a five-part video game franchise dubbed Destiny. The original release date was set for Sept. 24, 2013 (it came out a year later in 2014). O’Donnell composed music for “every application” of the Destiny franchise.

Pete Parsons, chief operating officer of Bungie, asked O’Donnell to create all of the music for the entire Destiny franchise at the same time, rather than writing the themes one at a time for each of the game installments. O’Donnell composed a symphonic suite of eight movements, working with the legendary ex-Beatle Paul McCartney. O’Donnell recorded that music in early 2013. Dubbed the Music of the Spheres, the music will be used throughout the Destiny franchise. At least, that was the plan. O’Donnell also worked with the audio team on sound design, sound effects, and cinematics, among other things.

The court papers say that Activision had little enthusiasm for releasing the Music of the Spheres as a standalone work, and O’Donnell became increasingly frustrated that Bungie was making insufficient effort to release it. During E3 2013 preparations, Bungie was getting ready to demo the game for the first time before a huge audience at the Electronic Entertainment Expo (E3), the biggest U.S. video game show. Activision was going to play the game music with a trailer, but shortly before E3, Activision took over the trailer work and supplied its own music, rather than the Music of the Spheres segments.

O’Donnell reacted angrily and believed Activision had overstepped its proper role by assuming artistic control of the trailer music. Ryan, the CEO of Bungie, and management shared his concern and filed a “veto” letter with Activision, which overruled the objection. During E3, O’Donnell tweeted that Activision, not Bungie, had composed the trailer music. He also threatened Bungie employees in an attempt to keep the trailer from being posted online and interrupted press briefings.

The court filings say that O’Donnell believed he was preserving Bungie’s “creative process, artistic integrity, and reputation, keeping faith with fans, and protecting Bungie and its intellectual property from Activision’s encroachment into artistic decisions.” According to O’Donnell’s view, the “Band of Brothers” ethos that had inspired the group’s earlier work was being damaged by the Activision relationship.

Ryan and other Bungie management felt that his conduct “hurt the Bungie team, hurt the game, drove a negative online discussion, and violated Ryan’s instructions.” They also believed that O’Donnell was elevating his interest in publishing Music of the Spheres over the best interests of the company. Activision advised Bungie that O’Donnell’s conduct may constitute a breach of the parties’ contract.

Ryan recommended that O’Donnell be fired. He wasn’t fired, but his conduct was considered “unacceptable” in his performance review. O’Donnell objected to the review, as he noted that Bungie presented no evidence of permanent damage to the Bungie-Activision relationships, the audio team, or ultimate game sales.

While Destiny was planned for a September 2013 release, the story was substantially revised in August 2013. That pushed the release date back to March 2014. O’Donnell returned to work after a vacation, but the audio team and his supervisor did not consider him to be fully engaged in his work. The release date of the game, meanwhile, pushed back to September 2014. Bungie set in motion a process to terminate O’Donnell.

Meanwhile, O’Donnell argued that the audio work could not be completed until the game was in a bug-free, playable state. He felt the treatment was unfair but said he would continue to work. Members of the team complained that O’Donnell wasn’t contributing as expected, and his presence was frustrating the completion of the audio work. Ryan proposed to the Bungie board that O’Donnell be terminated.

In September 2014, Bungie’s first episode of Destiny was released. It had pre-release and first-day orders of $500 million. The third quarter sales amounted to 6.3 million units, or $47.5 million. Users have now spent billions of hours playing Destiny.

The rest of the story 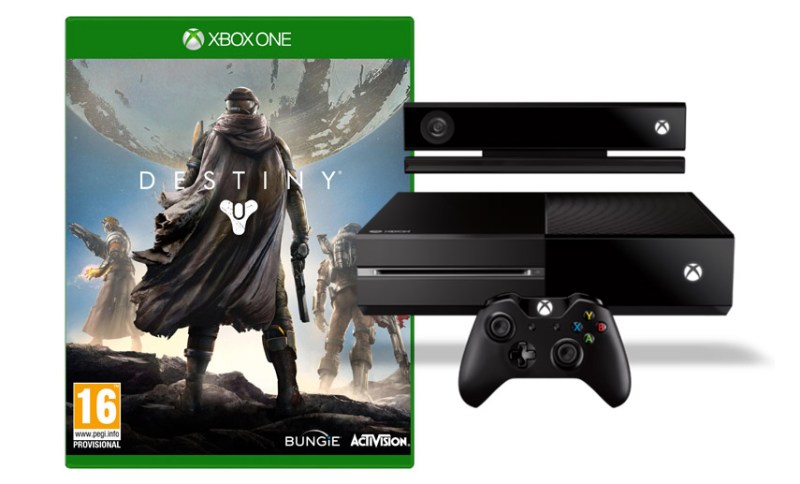 Above: Destiny Xbox One bundle

O’Donnell’s original stock ownership agreement held that O’Donnell would give up his unvested founders’ shares if he left voluntarily. Bungie terminated O’Donnell without cause on April 11, 2014, according to the complaint. The company chose not to pay him for his accrued but unused vacation time, unless he waived his equity interest. So O’Donnell sued. He won the right to get his vacation pay in a separate arbitration.

Bungie also took legal action to recover O’Donnell’s shares. “The forfeiture effectively stripped O’Donnell of all rights that he would have enjoyed as a holder of shares,” according to the findings of fact by the arbitrator.

Meanwhile, in late 2013, Bungie began efforts to find musical publishing partners for Music of the Spheres. During that process, the court said, there was evidence that Bungie management believed that withholding release of Music of the Spheres gave them leverage over O’Donnell. Bungie now claims the non-release was due to court arbitration. During various events, Bungie played parts of the music that O’Donnell created. The music is now considered to be in the public domain, but Bungie was concerned that O’Donnell had copies of the music in the form of CDs and that he was going to release it himself.

In the final ruling, the arbitrator said that O’Donnell is entitled to recover, at his choice, 192,187.5 shares of vested Bungie common stock, the cash equivalent of 20 percent of his referred and common stock valued as of April 11, 2014, or the cash equivalent of 50 percent of his vested common stock valued as of July 2, 2014. O’Donnell essentially got what he was asking for. The value of that stock isn’t clear, as Bungie itself isn’t a publicly traded company. But it has struck some very valuable publishing deals and is presumably very valuable.

In return, O’Donnell is required to return any Bungie property that was not specifically gifted to him — copies of a CD version of Music of the Spheres — and O’Donnell has done so already. Bungie appealed the preliminary ruling by the arbitrator, and its appeal was denied.

O’Donnell has since gone on to start his own game company, Highwire Games. 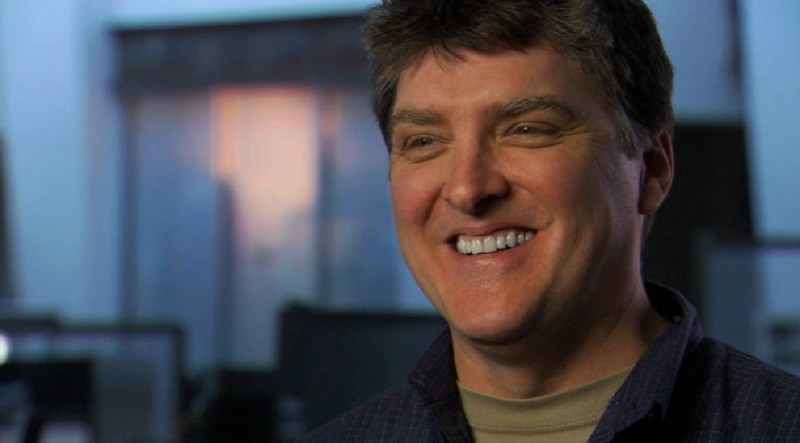