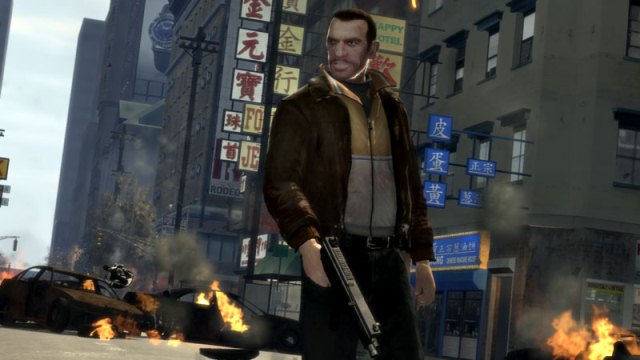 The news media and certain lobbying organizations continue to shine a spotlight on video games as the national discussion about gun violence continues in the wake of several mass killings.

Games popped up again as a topic on CBS’s Sunday interview show Face The Nation. On the show, former FBI criminal profiler Mary Ellen O’Toole and Texas A&M psychological researcher Dr. Christopher Ferguson both made strong cases in defense of video games, according to Raw Story.

“It’s my experience that video games do not cause violence,” O’Toole told guest host Major Garrett. “If they’re used as educational materials for the offender to do the crime better, that’s what we take into consideration.”

O’Toole claims that the FBI doesn’t look at video games as a cause or even a triggering mechanism but more as a piece of a wider puzzle that explains how a particular assailant decides how to act out.

“Coming at this from the perspective of a researcher — I think the Supreme Court in 2011 was absolutely right in pointing out that the research that we have has been inconsistent and in many cases, methodologically flawed,” Ferguson told Garrett. “If you look at the societal data during the past few decades where video games have both become more popular and more graphic, youth violence has declined to its lowest level in 40 years, and other nations that consume as much video games as we do have much lower violence rates.”

Adam Lanza, the alleged perpetrator at Sandy Hook, reportedly played many hours of the real-time strategy game StarCraft II. The StarCraft series is extremely popular in South Korea; meanwhile, that country has a fraction of the violence when compared to the United States.

Last week, conservative media personality Glenn Beck claimed that Lanza’s reported “trove” of games was a primary cause of his violent attack on his mother and the Sandy Hook elementary school.

“Lanza saw his victims as merely characters in a video game,” Beck said during one of his Internet video broadcasts. “We have to do everything we can to make sure that the heart does not grow cold. Virtual reality is meshing now with reality, and we’re at the very beginning of this. Our sons and daughters are becoming desensitized to right and wrong.”

Beck went on to make the argument that games are certainly linked to real-world violence.

“Video games — for our children, not for adults — but video games are a gateway drug for our kids,” he said. “And instead of a high, they get a numbness. They get an indifferent heart and a mind that cannot tell the difference between fiction and reality.”

“This is medical fact. This is not crazy theory.”

Beck is a gun-industry advocate.