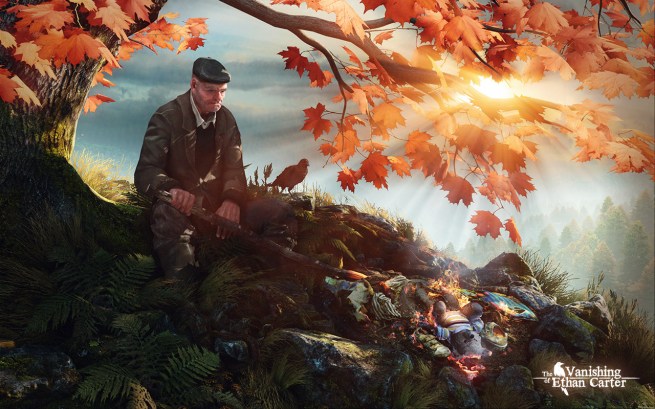 I have a rule: Never trust a lone old man burning a child’s clothes and toys in the middle of nowhere. This rule has served me well so far, and it looks like it may continue to do so in the first project from new studio The Astronauts, formed by ex-People Can Fly developers.

The Vanishing of Ethan Carter is a weird fiction-horror game due out this year on PC. It’s the team’s first game since coming together after leaving Bulletstorm studio People Can Fly.

Players take the role of a detective that can visualize lethal crimes as he investigates. The Vanishing of Ethan Carter will have the sleuth looking into exactly that — the kidnapping of a young boy named Ethan Carter.

The case leads the protagonist to a mutilated body of one of the kidnappers. Naturally, it’s all down hill from that point. More mutilated bodies pop up as the hero goes deeper into the mystery of an ancient force that rules the valley that the kidnappers disappeared into.

“What we care about the most is that the players feel like they’re really there. Immersion is our number one priority,” said The Vanishing of Ethan Carter designer Adrian Chmielarz. “It’s a game about exploration and discovery. We’re not abandoning the gameplay – on the contrary, we’re trying to strip it down to the bone and make sure it’s always meaningful and truly makes the experience better.”

The Astronauts — which is the best name ever for a studio — revealed a first teaser trailer of the game using in-engine visuals: