LAS VEGAS — Tom Kalinske has been in the middle of a lot of brand wars. But he’ll be fondly remembered in the video game industry for his efforts to build a brand for the Sega Genesis game machine during the console wars of the 1980s and 1990s — and for taking on the Nintendo juggernaut.

Kalinske recounted those days in a talk today at the DICE Summit, the elite game industry conference. His tips for how to create brands — from celebrating failure to don’t believe the experts — are useful for anyone fighting a new console war or any major branding battle.

Before he got to Sega, Kalinske built a reputation as a marketer for Flintstones vitamins, which became the top brand in a $1 billion market; and Barbie dolls, which is also still a $1.1 billion market. More than 100 million Barbies have been sold, and Kalinske extended that brand in interesting ways, such as teaming up with fashion icon Oscar De La Renta on a $100 doll.

At Mattel, he also built the He-Man brand into the Masters the Universe toy line. It did market research that showed that boys loved the muscular hero, and the company launched the figures and built a $75 million business. But then it increased that tenfold by creating a TV show that ran five days a week and got the brand in front of boys on a daily basis. He-Man became a smash hit.

These kinds of tactics drew the eye of Hayao Nakayama, who had taken over Sega in 1984 and aimed to compete directly with Nintendo in home video game consoles. Nakayama tracked Kalinske down while the toy exec was on a vacation with his wife and six kids in Hawaii. He invited him to come to Japan and see Sega’s new 16-bit Genesis machine. Kalinske did so, and he was hooked.

The story is in the book, Console Wars. As chief of Sega of America, Kalinske shocked his Japanese colleagues by taking on Nintendo head-on. He lowered the price of Sega’s console below Nintendo’s, bundled the best game (Sonic the Hedgehog) for free with the system, and commissioned a ton of U.S.-made games. He also made fun of Nintendo in advertising.

“We positioned our competitor as a toy for little kids,” he said.

But Nintendo had a lock on the biggest U.S. retailer, Wal-Mart. Since Kalinske had been a key Wal-Mart partner while at Mattel, he was hurt by that. And he fought back by taking out billboards all around Bentonville, Ark., where Wal-Mart had its headquarters. He rented out a store near Wal-Mart and showed off a bunch of Sega games. Kids lined up to play the games. Eventually, Wal-Mart caved.

He eventually lost the right to make his own decisions at Sega, and then he went on to Knowledge Universe, funded by Larry Ellison and Mike Milken. He also became the boss at Leapfrog Enterprises, which focused on educational games and toys. Kalinske summed up his lessons in the slide below: 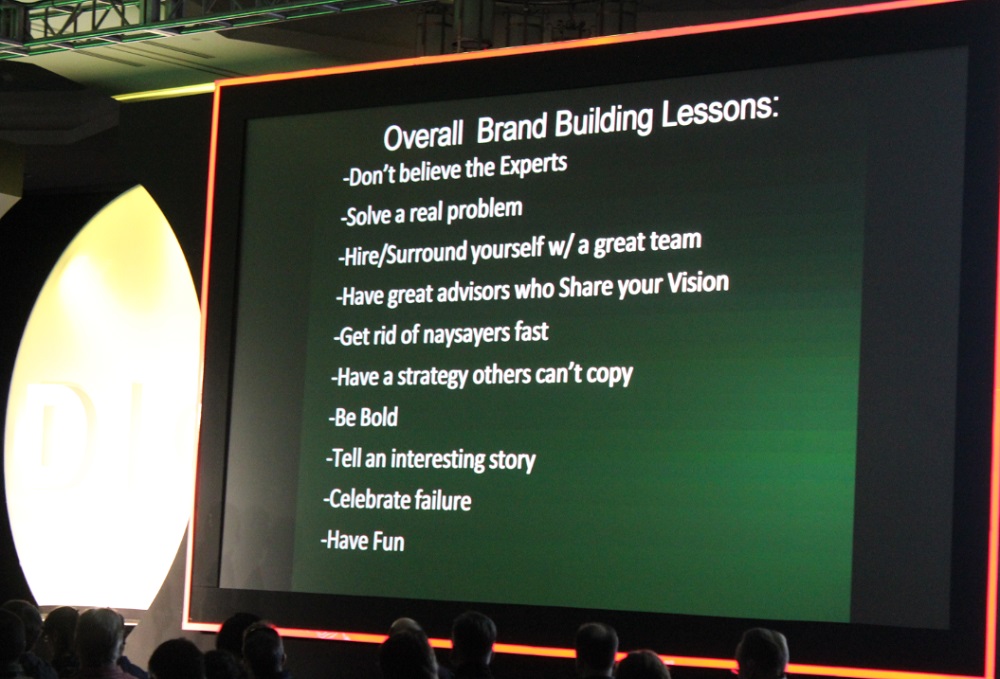