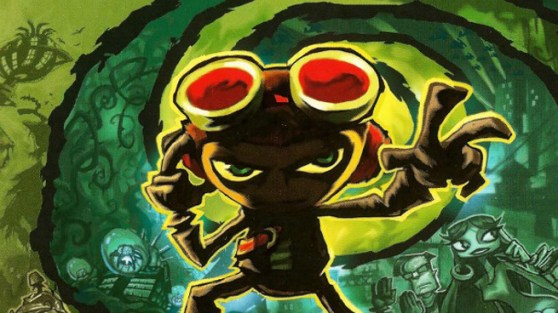 Sometimes, it’s tough to hold back the tears. Speaking on Reddit over the weekend, Minecraft creator Markus “Notch” Persson indicated that he’s no longer involved in financing Psychonauts 2, a proposed sequel to Double Fine’s critically lauded but financially underwhelming 2005 action-platformer.

Double Fine founder and chief executive Tim Schafer confirmed Persson’s departure from the project. “Yeah, I think I gave Markus a heart attack when I told him how much Psychonauts 2 would cost,” said Schafer.

Persson and Schafer raised fans’ hopes almost exactly a year ago when Persson, whose wealth is estimated in the low $100 million range thanks to the runaway success of Minecraft, sent out a simple tweet to Schafer: “Let’s make Psychonauts 2 happen.” Ever since, both men have worked to keep expectations at a reasonable level. Persson took to his blog in Feburary 2011 to explain his position:

“All I know is that if the numbers work out and if they still want to do it and if they don’t decide to self-fund a sequel by doing more crowdfunding (which is honestly what I would’ve done if I were them), I would be most interested in doing this type of investment.”

“I somewhat naively thought ‘a couple of million’ was two million. I had no doubt in my mind that a Psychonauts 2 would earn that money back easily. Turns out they wanted 18 million dollars, haha. I don’t have the time at the moment to even try to get educated enough to make an 18 million dollar deal. Perhaps in some distant future when I’m no longer trying to make games, I could get into angel investing. I’ve made one private investment into a game so far, at $100K, and it’s frankly a lot more work than I thought.”

Schafer previously mentioned a $13 million budget in a 2012 interview with Kotaku, comparable to the first Psychonauts. That game followed the adventures of Razputin “Raz” Aquato, a young paranormal learning his craft at a bizarre psychic summer camp. Critics praised it for its wonderfully inventive and surreal level design, depth of gameplay, and hilarious writing. Despite near-universal praise and plenty of groundwork laid down for an encore, Psychonauts never found a huge audience.

Persson’s blog post did mention other interested investors, but so far none of them have come forward, and it seems unlikely that any have his deep pockets.

But if the full burden for financing an $18 million project landed in Persson’s corner, it might be difficult to blame him for withdrawing from Psychonauts 2. That price tag would’ve eaten up nearly a fifth of his estimated pre-tax 2012 earnings in return for a sequel to a game that many regard as a flop even if an artistically brilliant one.

In a statement, Double Fine says it is “excited about the prospect of making a sequel to Psychonauts, but we’re currently focused on making our Kickstarter game and haven’t been able to budget it out. Once we get around to it, we’ll likely explore alternative funding methods that will require multiple sources to make it a reality.”

Schafer has said he’d long accepted that Psychonauts 2 would never happen, but this close brush seems to have changed his outlook. “We’re still going to do it someday, I hope,” he said.

The full Reddit thread can be found here, with Persson’s specific comments split out here. Mojang, Persson’s company, has not yet responded to requests for comment.