We’re excited to announce that we’ll have the game partnership leads from both Facebook and Google joining the esteemed list of speakers at the upcoming GamesBeat Summit on May 5 and May 6 at the Cavallo Point resort in Sausalito, Calif. They’ll talk about how game developers and publishers can accelerate the growth of their businesses as gaming goes mobile and spreads to new platforms. 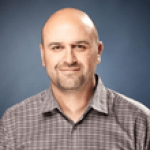 Dan Morris, the head of strategic partnerships for games at Facebook, will share some of the social network’s newest recommendations for acquisition and monetization in both mobile and desktop. He recently told VentureBeat that Facebook’s data shows that a large number of publishers are missing key opportunities to monetize. Better data is part of this, and by integrating Facebook’s App Events technology into game apps, developers will get better data for improved installs. Prior to Facebook, Morris was director of strategy and development for Electronic Arts. He was also senior director partnerships at Ngmoco/DeNA. 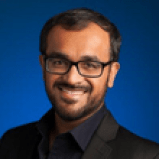 On the Google front, Jamil Moledina, the games strategic partnerships lead for Google Play, will also be at the Summit. With a long history in the business in startups, venture capital, and EA before joining Google, Moledina manages strategic games partners on the Google Play store – including large entertainment studios and triple-A publishers as well as innovative independent game developers. He has worked at game startups such as Funzio.

Some of the other speakers coming to GamesBeat Summit

Yoichi Wada, the founder and CEO of Shinra Technologies, and Jacob Navok, senior vice president of business development for Shinra join a fireside session. Shinra recently demoed its cloud supercomputer that breaks the one-processor, one-user model, and will enable developers to create huge worlds that can measure as much as 20 miles-by-20 miles of virtual space.

David Haddad, the executive vice president and general manager of Warner Bros. Interactive Entertainment and Peter Levin, the president of interactive media and games at Lionsgate, will be on hand for a couple of those main stage discussions.

Kristian Segertrale, COO of Super Evil Megacorp that was founded to focus solely on the development of core gaming for touch devices — the company released its multiplayer online battle arena, Vainglory, last November.

Kate Edwards, executive director of the International Game Developers Association, will likely be addressing the many issues the industry has been dealing with this year including o Gamergate and the need for greater diversity.

Unity Technologies CEO John Riccitiello is also part of the Summit. Unity is one of the most important companies in game development thanks to its Unity game engine, a cross-platform technology that enables developers to make works for just about any device that plays games. The company recently announced its Unity 5 tools at the Game Developers Conference 2015 in San Francisco.

The focus of GamesBeat Summit is on bold ideas, the kind that will propel the industry forward, particularly in a global context. Limited to only 180 senior execs, we’re looking forward to the kind of open sharing that happens when like-minded visionaries come together.

For more info and to see if you qualify, go here. Our sponsors include King as a Gold sponsor and Supersonic as a Silver sponsor.