Facebook is expanding its Level Up Program, which helps livestreamers build communities, into Germany, France, Spain, and Ireland.

The program is already available currently in the U.S., United Kingdom, Philippines, Malaysia, and Thailand and was originally announced in June.

The program will help up-and-coming livestreamers build communities on Facebook. Members who meet eligibility requirements and join the program can also earn money through Facebook Stars, a feature that lets fans support their favorite gaming creators by purchasing and sending virtual goods during livestreams.

Facebook also released conversation data around the most talked about games and publishers leading into Gamescom, Europe’s biggest game event. Hundreds of thousands of game fans are planning to flock to Cologne, Germany for Gamescom. 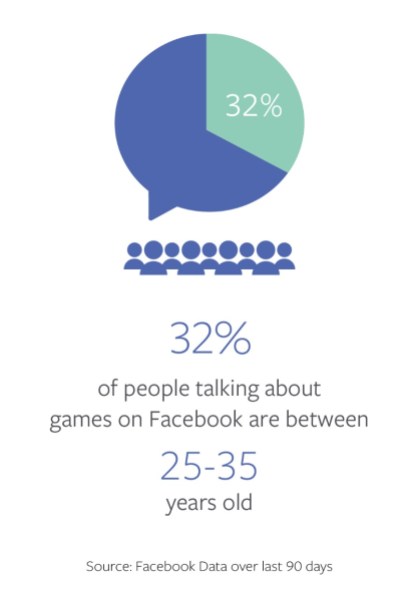 Between June 15th, at the end of E3, and up until August 13th, more than 68 million people have taken to Facebook to post, comment, like, or share something related to Gamescom and gaming. About a third of these people are between 25 and 35 years old, and 41 percent are women.

Since Facebook launched Level Up in June, the company has seen a lot of demand from gaming creators to join the program along with some early, encouraging results.

MugsTV has grown his community to more than to 18,000 followers, and ItsWikkid recently passed 17,000 followers. Both are seeing strong results with Facebook Stars, as well.

Facebook also said it is leveling up its event presence at Gamescom. Following the theme from Pax East and E3, Facebook will have gaming creators take center stage at the largest public event space to date for Facebook Gaming.

New for this year at Gamescom, the consumer space at the Facebook Gaming booth will feature 60 gaming stations where visitors will be able to play Assassins Creed Odyssey, EA SPORTS FIFA 19, and a selection of new titles from the ID@XBOX program, including Ashen, Below, and Vigor.

Facebook said that this year’s top trending games since E3 include Minecraft, Super Mario, and Call of Duty.