Facebook said today that 81 million people around the world have posted, liked, commented, or shared something related to the Electronic Entertainment Expo (E3 2018) and games over 235 million times over the last 90 days. And the No. 1 game they’re talking about is Minecraft, followed by Call of Duty, Super Mario, and The Legend of Zelda (yes, last year’s game).

The social network announced the data related to E3 as it revealed its own plans for the big game trade event, which draws more than 50,000 people a year to the Los Angeles Convention Center. This year’s E3 takes place the week of June 11. 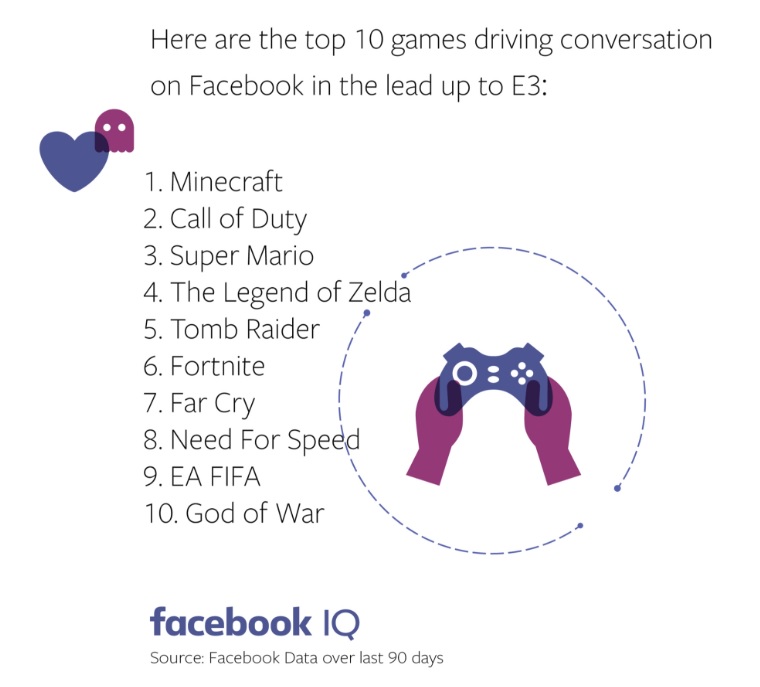 More than 800 million people play at least one Facebook-connected game every month, said Franco De Cesare, head of console and online gaming at Facebook, in an interview with GamesBeat.

“We’ve looked at what gamers are talking about,” De Cesare said. “The fact that 44 percent are women speaks to how our industry is becoming more diverse.”

He noted that PlayerUnknown’s Battlegrounds — the popular battle royale game — did not make the top 10, but it was close.

“E3 reveals are coming even earlier,” as evidenced by the accidental Walmart Canada leak about upcoming E3 titles on Tuesday, De Cesare said. “Leaks, planned or unplanned, force the hand of publishers to talk about it earlier. It puts emphasis on having a conversation with fans on a year-round basis.”

He said that the company’s theme this year is “Raise Your Game” for E3. For the first time, Facebook will have a booth inside the E3 convention center, just as it did at the recent PAX East game event.

Facebook’s West Hall booth will feature some of Facebook’s most popular livestreamers from its gaming creator pilot program, including Darkness429, MelonieMac, and StoneMountain64.

Throughout the show, creators will be going live to their online community directly from the E3 Facebook Gaming content stage and Creator Corner stream pods. They will share the latest news from the show, pair up with developers to talk about their favorite games, and mingle with their fans in person. The Facebook Gaming booth will also highlight new releases from Oculus, indie games from PC Gamer and a meet and greet photo booth from Instagram. 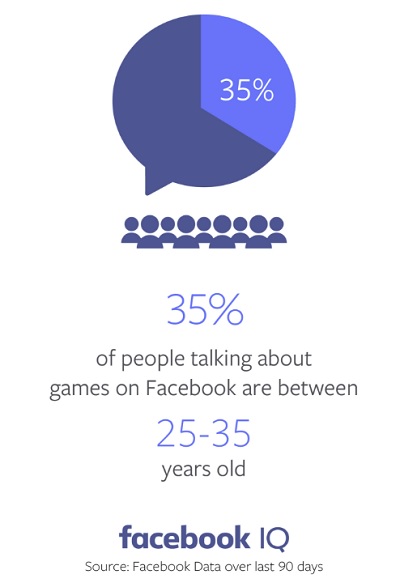 E3 attendees will be invited to immerse themselves in a series of shareable moments that connect gamers with the games they love via the power of Facebook. Players can capture a memorable moment with Facebook and Instagram, or watch a session at the Facebook Live studio, hosted by TV and gaming personality Andrea Rene.

“We had a great response to Andrea Rene last year,” De Cesare said.

Facebook is also sponsoring the Women in Gaming event at E3 Coliseum, which takes place at a nearby venue. Earlier this year, Facebook launched its Women in Gaming initiative, built to bring women in the video game industry together to share their stories and to create meaningful connections, in order to work together to change the industry.

At E3, Facebook will team up with Game Awards host Geoff Keighley and the Entertainment Software Association trade group (which puts on E3) to drive this mission forward at the E3 Coliseum.