Facebook named 23 video games as its top titles of 2013, including hidden-object adventure game Criminal Case by Pretty Simple as Game of the Year 2013.

Of the games, eight are cross-platform, integrating with Facebook on the web and mobile. Ten come studios based in Europe or the Middle East. Eight come from indie game studios. Seven are midcore (meaning they hit the spot between casual games like Candy Crush Saga and more traditional game fare) or hardcore games, five are arcade games, and five are casino games.

The top game is a hidden object title from a French indie game studio. It combines crime scene investigation with engaging sharing mechanics. It features “visceral” art work that includes pretty women who have been slain in rooms filled with clues. The game grew organically in the first half of the year, and content updates and additional cases drove more growth in the second half.

The selections by Facebook’s staff are based on user ratings, Facebook implementation, growth, and overall quality.

Here’s Facebook’s other top titles, in alphabetical order, with Facebook’s own descriptions: 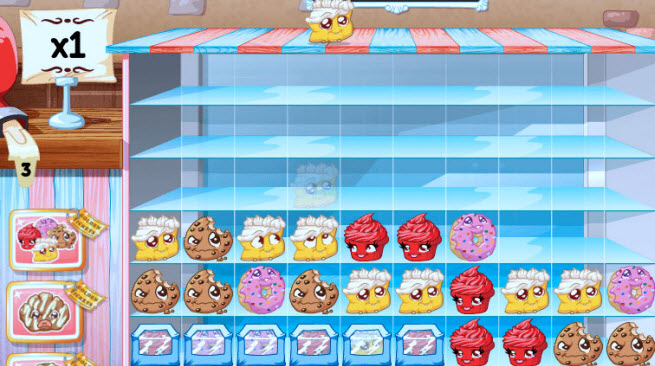 Bake Shop Drop (by Broken Bulb Studios): An adorable match-3 game featuring delicious-looking pastries, from the developers of the Miscrits long-running Facebook game franchise. Rather than switching or line-drawing match mechanics, players drop a single pastry from the top of a display case onto pastries of the same type below.

Farm Heroes Saga (by King): A farm-themed match-3 game from the makers of the wildly successful Candy Crush Saga. The bright colors and rounded edges of the art style distinguish Farm Heroes Saga both from other match-3 games and from King’s previous successes in the genre.

Heart of Vegas (by Product Madness/Aristocrat): This slots game is the first from this developer since its acquisition late last year by land-based casino company Aristocrat. The high quality graphics and sound speak to the developer’s skill with the category.

Hit It Rich Casino Slots (by Zynga): This beautifully designed slots simulation from the FarmVille developer features slot machines based on characters and themes from movies, television and comic books.

Jelly Splash (by Wooga): A richly animated line-drawing match-3 game from the developers of popular Facebook game Diamond Dash. Jelly Splash launched first on mobile before going cross-platform on Facebook canvas in summer of this year.

Kitchen Scramble (by Playdom/Disney Interactive): This cooking-themed time management sim from longtime Facebook game developer Playdom puts players in a food truck and sends them to various food-themed “countries” to serve local cuisine. This is the first original IP developer for Facebook that feels like a Disney production, right down to the animated mixing bowl loading screen.

Monster Legends (by Social Point): From the Barcelona-based developers of hit game Dragon City, Monster Legends lets players collect, raise and battle monsters of all kinds against each other. The “Pandalf” panda-wizard monster is an office favorite.

Soldiers Inc. (by Plarium): A real-time strategy game from an Israeli indie developer. This gritty war epic grew rapidly over the summer and still continues to draw a large audience of hardcore players.

Solitaire Tales (by Qublix): From a Toronto indie studio, Tales is steampunk-themed solitaire game that treats players with familiar gameplay in a rich fantasy setting.

Vikings Gone Wild (by EveryDayiPlay): A hardcore strategy game from a Polish indie studio built with the Unity 3D engine. Players build armies of Viking warriors to pillage one another’s homesteads for spoils of gold and beer. 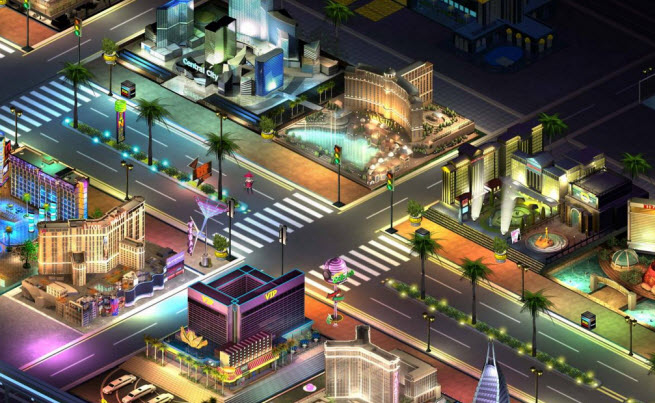 Above: Double U Casino

Staff Favorites (based on what Facebook staffers play the most)

DoubleU Casino (by AFewGoodSoft): This high quality casino game comes from a South Korean indie that launched in mid 2012 and rapidly grew to a 40-person company on the success of this game alone.

Game of Thrones: Ascent (by Disruptor Beam): – A role-playing simulation based both on the megahit A Song of Ice and Fire book series and its HBO miniseries Game of Thrones.

King’s Bounty: Legions (by Nival): A complex turn-based strategy game that has grown on a few of our staff over the last year.

Wartune (by Road7/Proficient City): This is the English language version of a popular strategy massively multiplayer online game. Since its launch on Facebook in spring of 2012 by publisher Proficient City, the game has grown rapidly in size and is one of the most successful core games on the platform to date.

War Commander (by Kixeye): One of the earliest real-time strategy titles on Facebook lets players build up armies, attack each other and compete for resources. It’s still played regularly by Facebook staff two years after leaving beta.

Candy Crush Saga (by King): The King match-3 game has been a phenomenal success this year entertaining audiences onFacebook.com and mobile devices alike.

FarmVille 2 (by Zynga): Sequel to one of Facebook’s earliest farm simulation games, FarmVille 2 features some of the slickest graphics on our platform. Exciting new content keeps players coming back and contributes to this game’s remarkable performance.

DoubleDown Casino (by DoubleDown Interactive/IGT): With a suite of engrossing casino games, DoubleDown keeps players hooked with lively themes and opportunities to compete with others.