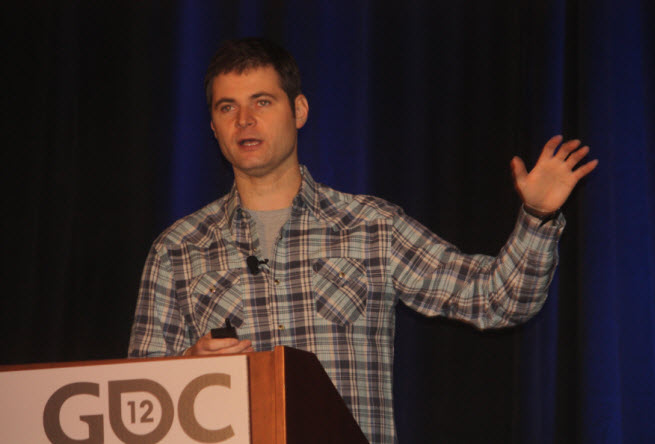 Facebook paid more than $1.4 billion to game developers (and other app makers) in 2011, according to a Facebook talk at the Game Developers Conference this morning.

Matt Wyndowe , games product manager at Facebook, said that the social network is serious about supporting games on Facebook, despite rivals who say that the company has grown so big that it neglects attention to any one group of developers.

Wyndowe said, “As early as 2010, we didn’t have a dedicated game team. Now we have 40 full-time people on games. We meet weekly with Zuck (Facebook chief executive Mark Zuckerberg) and Bret Taylor (Facebook chief technology officer).”

For the past six months, Facebook has been working on improving distribution so that it is easier to discover games on the home page and through interaction with friends on the social network, Wyndowe said.

Facebook launched a “recently played” notification on the news feed of Facebook users and that Increased installs in news feeds by 60 percent. Timeline is also a way to create “stories” for events in games — such as passing someone else’s score in Triple Town — that are highly likely to be clicked upon by other users, Wyndowe said.  It seems relatively simple, but it makes a big difference to game developers.

Jens Begemann, chief executive of Wooga, and Will Harbin, chief executive of Kixeye, talked about how Facebook. Wooga has broken into the top 10 Facebook developers, but Kixeye is nowhere near the top ten and yet it is one of the most profitable game companies on the platform.

“Our game design and approach is a bit unusual” since Kixeye focuses on hardcore games, Harbin said. “With 845 million users on Facebook, it is a big slice of the world’s users. We have chosen Facebook out of its hyper accessibility.” He said the company has a 97 percent male audience, the average session is 30 minutes, retention is seven months or more, and there are millions of player versus player attacks a day. Kixeye doesn’t sell decorative items as virtual goods; it sells speed-ups, which account for 85 percent of revenue. The company has been profitable for two years, it grew revenues 11x in 2010, and will do nine figures in revenue in 2012. Harbin showed an animation from an upcoming Kixeye game with cool 3D graphics, as a glimpse of the future of Facebook gaming.

Wyndowe said about 50 percent of the active users come back daily. About 425 million of the users are on mobile.

“If you make a really high quality game, our job is to bring you massive distribution and make you a lot of money,” Wyndowe said.

“Our job is to make sure people learn about your game and they engage with it,” Wyndowe said.

He noted that in 2011, new genres emerged on Facebook such as real-time strategy (Kixeye’s War Commander and Battle Pirates), hidden objects (Playdom’s Gardens of Time), and others. He said there were $1.1 billion in social game investments in 2011 (source: Inside Social Games) and $2.2 billion in acquisitions.