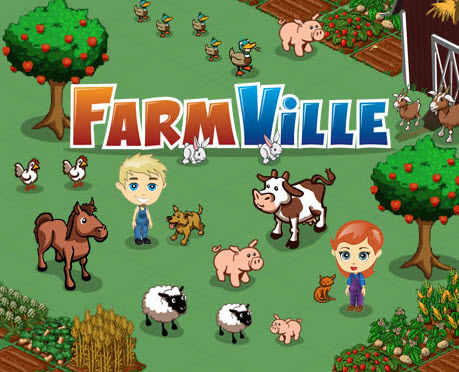 Months after it hurt social game publishers by taking away some of its best viral methods for spreading apps, Facebook is hoping to make amends.

The company is planning to announce today it will make changes to its its News Feed, the system which displays updates from friends, so that aficionados of social games like Zynga’s FarmVille can receive more notifications about their friends’ gameplay. That will help game companies return to the days of using Facebook’s friend activity — a powerful driver of traffic — to market their games. And it comes amidst pressure from Google, which has invested in Zynga and is courting other game publishers to a social platform it’s reportedly building.

It isn’t a complete return to the early days of Facebook’s platform, when obnoxious viral messages — remembering all those zombie attacks and werewolf bites? — turned off many users of the social network even as it allowed pioneering developers to build large businesses. But it’s a positive step, according to sources at social-game companies. The announcement will be at an event at the company’s headquarters.

Back in the spring, Facebook cracked down on viral notifications in games because they were producing too much spam for people who were not interested in games. It was a tradeoff: Facebook had to cut down on the game-related messages if it wanted to keep getting non-game users and continue its growth. But game makers saw their efforts to spread games via free viral messages come to a standstill and they lost millions of users from their games. Facebook added a Games Dashboard to its user interface, but it wasn’t used as often as it hoped. The changes were so severe that social game makers such as Zynga considered leaving Facebook, amid investor concerns that they were too dependent on the platform.

Companies such as Zynga and CrowdStar were hit hard and had to take actions to regain users. Zynga, for instance, launched email notifications, encouraging users to sign up for messages to draw them back to its games. Zynga also reportedly had to advertise more heavily than it already did. That move essentially shifted revenues from social game publishers into Facebook’s pockets. The changes were done in the name of keeping the overall platform growing, but they angered game publishers.

The good thing about this event is that Facebook is showing that it cares about the social gaming companies, which are the makers of the biggest apps on Facebook, and wants to keep them in its orbit and away from Google.

At the event, Facebook plans to present the results of user testing which has allowed it to analyze users’ behavior. If a given user plays a lot of social games on Facebook, it will allow them to see viral messages on their news feeds from other players. That will likely prompt them to try out more new games that their friends play than they currently do.

Facebook will also make it easier for users to notice requests sent from games. Facebook will shift the requests from one part of a user’s page to another, making it more visible. (We’ll follow up when we know more details of the changes and have screenshots.)

The change in Facebook’s News Feed algorithms and other user-interface elements will likely favor companies with a lot of existing game players. The beneficiaries of this kind of change include firms with existing big games such as Zynga, the maker of FarmVille, Zynga Poker, and Mafia Wars. But it’s not clear that it will benefit companies launching brand-new games or are just entering the Facebook-app market.