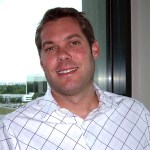 [Editor’s note: We’ve been tracking the growth of games on social networks. Here’s the latest look at how much Facebook and third party game developers may be making, republished from the internet ad blog Adotas with permission from Peter Vogel.]

Could the sale of virtual flowers really generate $30-$40 million dollars a year? If you’re Facebook, the answer appears to be a resounding “Yes”.

Of course, you can choose from more than just images of flowers.

There are currently 378 different images for sale in Facebook’s Gifts application, such as mojitos, ninja shaped gingerbread cookies, Venus fly traps, and many more. They are just digital images, pieces of clip art, but Facebook users are willing to pay $1 per gift they send to their friends. And now it’s been estimated that sales of these digital images are on pace to earn Facebook $30-$40 million annually.

In a thorough analysis, Jeremy Liew of Lightspeed Venture Partners (LVP) has estimated the number of Facebook Gifts sold. Facebook creates an artificial limit of how many of each image can be sold (usually 100,000 or 1,000,000) and also lists the number remaining for each gift. Using this information, Liew projected the rate of sales for Facebook gifts, taking into account seasonality and the fact that gifts on the first page account for the majority of purchases. Applying a 25% uncertainty level to their analysis, LVP forecasts a range of 28,500,000 to 43,500,000 gift sales annually at $1 each, creating an average of $34,500,000 in revenue.

But even this $30-$40 million is just a piece of Facebook’s virtual economy. This revenue is generated by Gifts, an application designed and owned by Facebook, but there are more than 30,000 other independent applications in the Facebook economy, many of which employ a virtual currency used to buy and send gifts, feed virtual pets, or unlock advanced features in particular games. While it’s true these other applications may not enjoy the same prime real estate Facebook uses to advertise its own application, I estimate that these applications earn more revenue in aggregate than Facebook’s Gifts.

After speaking with industry insiders, Facebook’s biggest virtual currency platforms ($uperRewards and Offerpal Media), and CPA ad networks, it quickly becomes clear that at current monthly run rates the virtual economies of independent applications are generating approximately $55-$60 million a year in revenue, with the majority going directly to the application developers.

And, representatives from many of these companies all agree that even though growth has been tremendous over the last few months, the market is still immature and continued growth is expected.

Adam Caplan, President of $uperRewards is “extremely excited about the end of the year,” citing the fact that as the summer vacation ends and people head back to school or college, overall traffic on social media sites increases for the 4th quarter. In addition, Caplan noted that application developers have largely worked through any necessary changes to their apps necessitated by Facebook’s recent platform updates, without seeing any permanent decline in overall traffic.

Everything appears to be on track for a record breaking fourth quarter.

Matt McAllister, Director of Marketing for Offerpal Media concurred, stating that his company sees continuing expansion as more and more developers embrace the virtual currency model. Offerpal Media expects the market to continue to grow in Q4 and throughout 2009, estimating that revenues and payouts could easily double or even triple over the next 6 to 12 months.

With even a fraction of this expected growth, it’s almost certain that the Facebook virtual economy will be worth more than $100 million in the next 12 months.

And it’s not just as fad. If anything, the US and much of the West has lagged behind Asian countries in utilizing virtual currencies, but that’s changing. According to Liew, “It’s commonplace in Asia, and virtual goods models are increasingly apparent in the West.”

Some reports have cited that the size of China’s virtual currency economy is larger than that of its total online advertising market.

In short, virtual flowers are nothing to sneeze at . . . unless of course you’re allergic to cash.

Peter Vogel is a 10-year industry veteran. He currently serves as senior director of marketing and industry scout for Memolink Inc. In addition to attending at least two industry trade shows a month, Vogel is hard at work amassing an impressive collection of hotel shampoo bottles.