We’re all pretty excited about Fallout 4, which is coming to PlayStation 4, Xbox One, and PC on Nov. 11. But the wealth of information that developer Bethesda dropped at tonight’s briefing for the Electronic Entertainment Expo tradeshow briefing in Los Angeles included a lot of details that show that this time around, you have more than the Wasteland and some radioactive monsters to contend with.

In fact, Bethesda is opening up its post-nuclear holocaust world so much that it isn’t “just” a Fallout game anymore.

Here are all of the other games you’ll be playing when Fallout 4 comes out this fall.

One of the big features that Bethesda touted tonight was your ability to rebuild the world as you want it. And that means establishing a settlement, decorating it, and drawing in some neighbors. Starting from your run-down service station, you’ll be able to find new furniture to make it a home.

And if you make an inviting enough place, more people will show up and expand your single dwelling into a full-on settlement. As far as we know, none of your fellow residents will be adorable bears, but one will definitely be a dog. 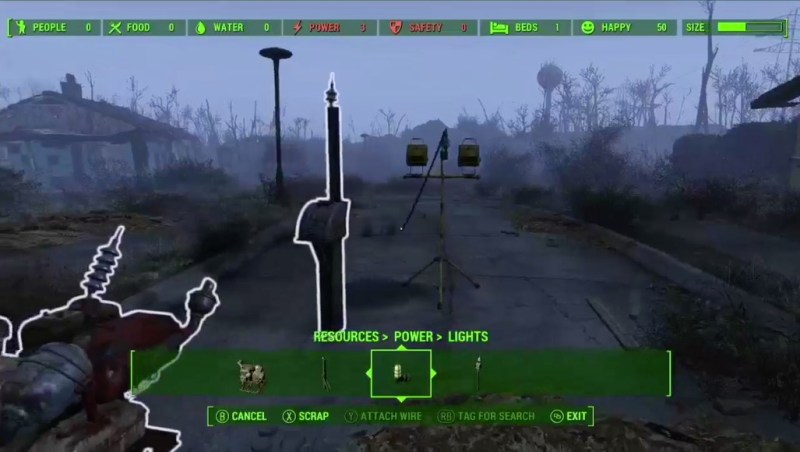 One thing we learned from the Mad Max movies: You can’t build a nice, cozy settlement in the postapocalypse without a bunch of a-hole raiders coming by to bust up the place. And so it will be in Fallout 4.

In order to fight off your attackers, you’ll be able to set up transformers and then run cables out of them to power defenses like turrets so you can automatically take out enemies before they get to your Nuka Cola stash.

And you can probably run another cable to a jukebox you found in a dump to provide tunes for the post-justifiable homicide party immediately following the attack. 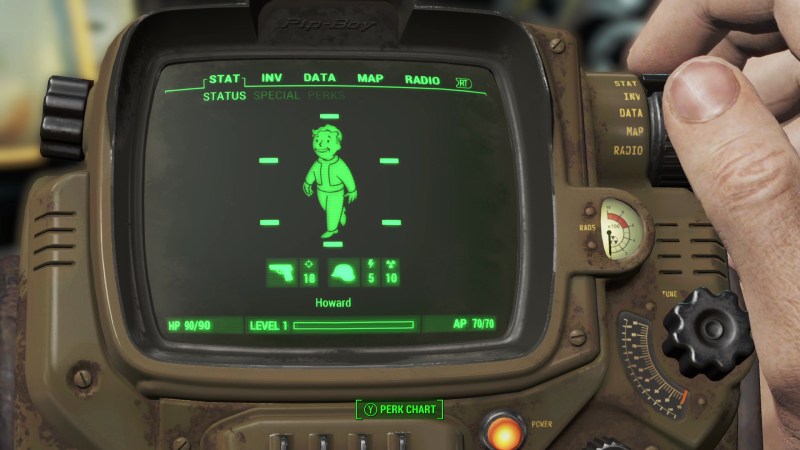 Above: The Pip-Boy is also a postapocalyptic gaming device.

Your Pip-Boy superwatch isn’t just for checking out your equipment and managing your stats in Fallout 4. You can also find interactive tapes and play minigames straight out of the bygone arcade era.

The two we saw during the briefing were Red Menace, a Donkey Kong-style platformer; and Atomic Command, which looks a whole lot like Missile Command. It’s a game about knocking as many incoming projectiles out of the sky as you can, which probably feels way more intense and depressing in the Fallout universe. 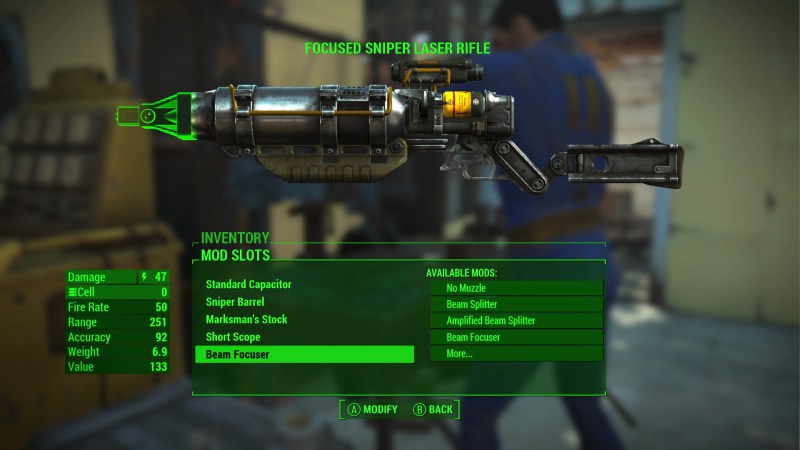 Above: You’re going to be able to customize the hell out of your guns in Fallout 4.

This one’s a bit more of a stretch, but did you see all of the ways you could customize your guns in Fallout 4? You have 50 base weapons with over 700 customization options that will let you build a firearm for every occasion. You can also specialize your in-game Power Armor to include options like jetpacks.

It feels the same as developer Rare’s 2008 offering, which had you building your own vehicles to perform a variety of tasks. Only instead of driving over a mountain in Bethesda’s game, you’ll be shooting parts off of people and monsters. 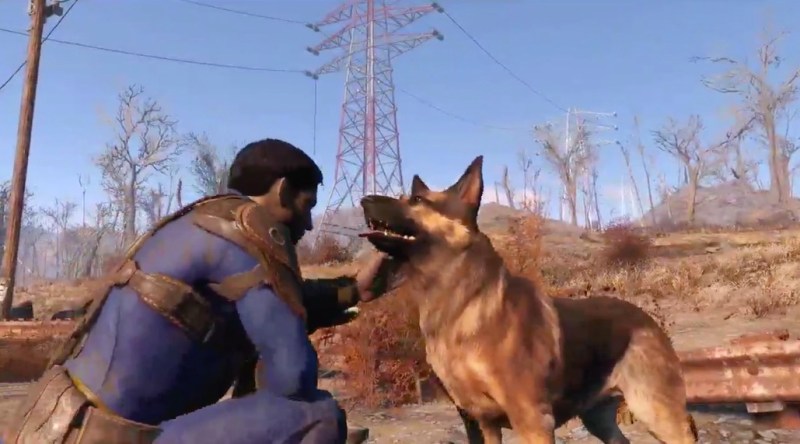 Above: Whether or not he’s as cute as a Pikmin remains up for debate.

It looks like your dog friend will be a huge part of Fallout 4’s gameplay. He’ll fight by your side, and you can even send him to retrieve objects like tools and ammo just by looking at it. So he’s basically filling the same role as the root creatures from Nintendo’s series of exploration games. 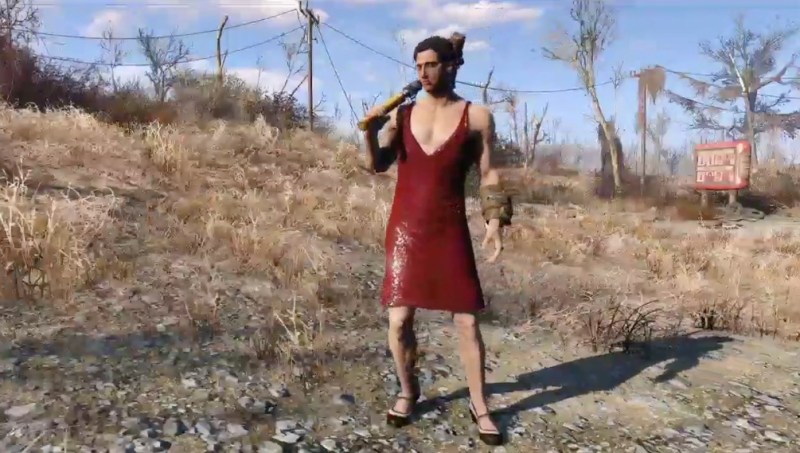 Above: This is maybe not the most practical survival gear imaginable.

You’ve always been able to customize your character’s clothes for maximum protection and stat boosts in Fallout, but a little bit at the end of Bethesda’s presentation threw a healthy dose of absurdity into this dynamic. We saw our survivor wearing the head from a Panda suit and firing a minigun, and we also saw him wearing a fine evening gown.

And that’s cool, but we’re not sure how many bullets those fashion choices will stop.

It reminded us a lot of Capcom’s Dead Rising series, which place a focus on clothing that is more ridiculous than practical, and if the craziest thing you ever wore in a Fallout game was a cowboy hat, you really should try to branch out more.

Fallout 4 is here to help you express yourself.

Did you spot any other games hiding in Fallout 4’s presentation? Let us know.