Call it the revenge of the hardcore gamers. Fallout Shelter, a mobile game about life in a post-apocalyptic world, has knocked Candy Crush Saga out of the No. 3 spot it has held for a very long time on the top-grossing mobile games chart.

The rapid rise of Fallout Shelter is testament to the power of hardcore gaming brands and the buzz around the Electronic Entertainment Expo (E3), the biggest U.S. video game trade show. Beating Candy Crush Saga, even for a day, is stunning, since game publisher King reported that the game generated $229.5 million in the first quarter, or $2.55 million a day.

Bethesda released the Fallout Shelter app, where you can help survivors happily live out their post-nuclear-war lives in a fallout shelter, on Sunday evening, the same day when it announced to thunderous applause that its Fallout 4 video game will be debuting in November. 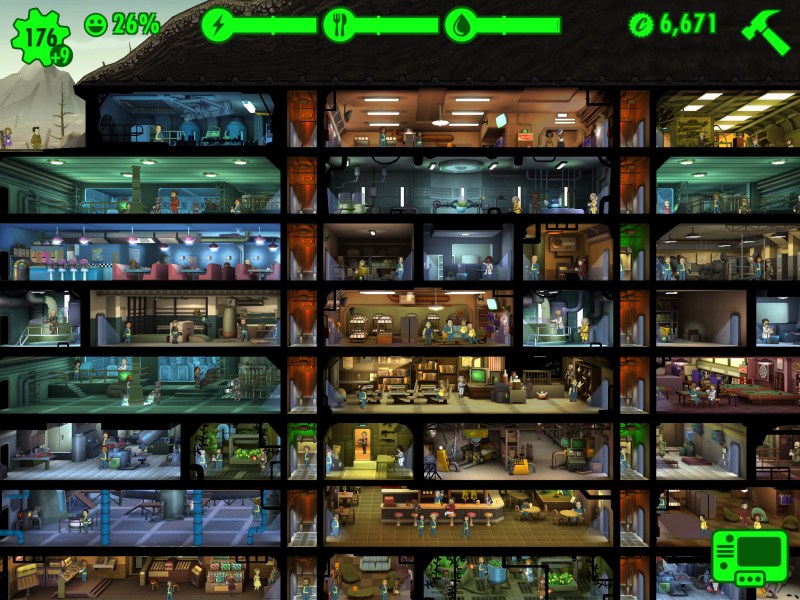 Those fans have to wait a long time for the video game to arrive, but they can scratch their itch for Fallout in the meantime with a mobile device. Clearly, the release of the mobile app on iOS gave the charged-up fans a chance at immediate gratification.

You could expect Fallout Shelter to be popular as a free download. But players don’t have to purchase anything at all in the free-to-play game. The fact that it is showing up on the top-grossing ranks means that players are buying a lot of stuff.

“We’re very pleased. Fallout Shelter is doing amazingly well, with no real buildup,” said Pete Hines, vice president of PR and marketing at Bethesda Softworks, in an interview with GamesBeat at E3. “To take such a light approach to monetization compared to other free-to-play games — we felt like we wanted to err on the side of caution and make it very unobtrusive, make sure it was fun first and foremost. So far so good.”

Hines said he was pleased that the Fallout Shelter app stayed a secret until Bethesda’s Todd Howard announced it on stage at a press event at the Dolby Theater, the Hollywood venue where the Oscars take place.

“We were pretty amazed we could keep that under wraps,” Hines said. “Although if you’re going to keep a secret, Apple is a pretty good partner. Those guys are the kings of secrets.”

The interesting thing is that Hines couldn’t find any evidence that other game makers have ever used E3 to launch a mobile game. 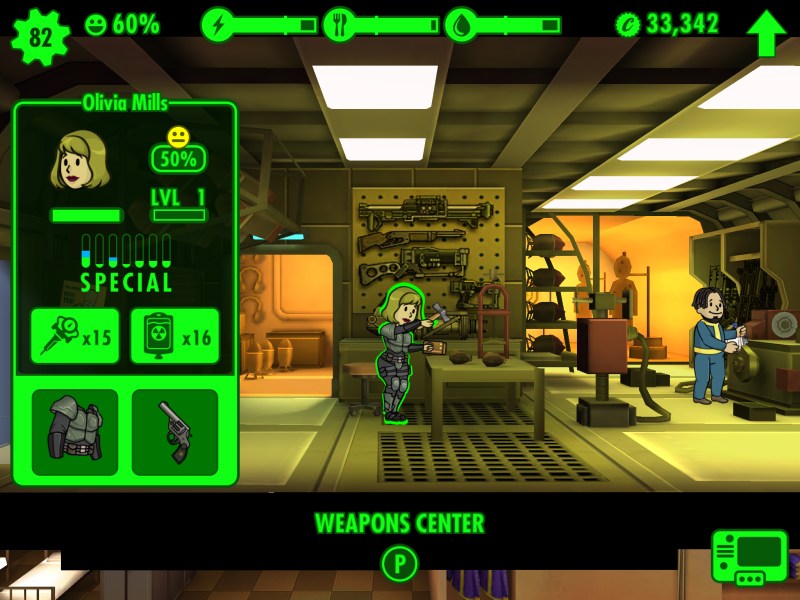 Hines thinks that fans are laser-focused on E3 and the Fallout announcement, and that helped the app tremendously.

“Having Fallout Shelter — they were expecting a lot of stuff, but they’re not expecting us to have an app and have it available right now,” Hines said. “We debated that. There’s a reason people do soft launches, to get to a larger audience and make sure everything holds up. There’s a risk in not doing that. But the fun of saying it’s available right now — that was too good to pass up.”

As for why the game is fun? The Fallout Shelter game has the same cynical sense of humor that the Fallout video game series. You have to create a vault and keep your nuclear war survivors in it, safe from the outside world. You have to nurture them and keep them happy, just like in The Sims. But you also have to get them resources and help them survive the wastelands.

You can assign your workers to generate electricity or produce food. It’s like a resource management game, like Tiny Tower or The Sims Free Play. Except you have to squash radioactive roaches every now and then.