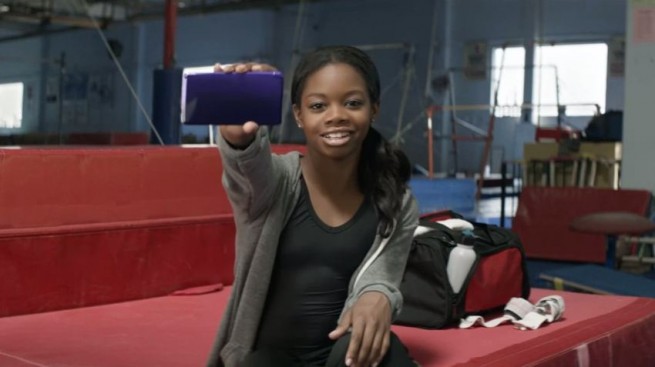 Nintendo began a new promotional campaign Monday, and some fans are upset about the company’s new, unofficial tagline:

That’s what Olympic gold medalist gymnast Gabrielle Douglas says in a commercial for Nintendo’s handheld 3DS console. It’s part of Nintendo’s “Play As You Are” promotion, although most focus on the “I am not a gamer” quote that appears in one of the other ads as well. Some self-professed “hardcore gamers” are taking that as an insult.

If you watch the video, you’ll see Douglas sitting on a gym mat, playing her purple 3DS and collecting coins in New Super Mario Bros. 2. She brags about her in-game coin totals before making the “I am not a gamer” declaration followed by: “With my 3DS, I’m a coin-collecting champion.”

Writer Rex Wolff of Twinfinite.net summed up much of the criticism in a blog post:

Every bit of progress, every hint of reconciliation, all of it thrown out the window. Nintendo of America doesn’t want to be associated with “gamers.” What exactly is Nintendo trying to say with this horribly misguided campaign? At best, the message can be interpreted as, “You don’t need to be an intense enthusiast to enjoy Mario,” but at worst, it comes out as, “Nintendo games and the 3DS are for normal people like you and me, not those troglodytic basement-dwellers.”

GamesBeat contacted Nintendo to see if it would like to comment on this story, but it hasn’t responded at the time of this post. Although, it’s clear that the company wants to appeal to people outside of the gaming echo chamber. That is not new for Nintendo.

“I also don’t understand who core gamers think bought 90 million Wiis,” Pachter said. “It’s pretty obvious that the Wii and the DS penetrated [casual audiences], and it should not offend the core if Nintendo attempts to appeal to casuals with a mainstream ad campaign. There is a lot of content, both hardcore and casual, for every Nintendo device, and always will be.”

It’s true, anyone who feels persecuted by this is probably being too sensitive, but Nintendo’s wording isn’t helping. I like to think gamers, journalists, and publishers are all in the business of promoting gaming as a positive hobby that is equally valid to watching movies and reading books.

And I can’t imagine an ad campaign for Harry Potter that features the words: “I am not a reader.”