FanDuel spokeswoman Justine Sacco confirmed this morning that the company had hired 38 former employees of the Zynga sporting franchise branch in Orlando, creating a new department within FanDuel under Mike Taramykin, the executive vice president of products and former vice president at Zynga. FanDuel is a fantasy sports site specializing in one-day leagues.

“We will be opening a new studio in Orlando,” Sacco said in a phone interview. “There is a ton of sports tech talent down there just because of the presence of EA Sports and Zynga. FanDuel is scaling incredibly fast. We’re going to be more than doubling our headcount this year. This gave us an awesome opportunity to scoop up an incredible talent pool that complements our existing product. They’ll really give us the ability to deliver new features at a good pace as we continue to grow.”

FanDuel started the month at 80 employees and will end the year at more than 160, Sacco said. Founded in 2009, the fantasy sports company had more than a million paying users and $57 million in revenue in 2014, she said. The company completed a $70 million round of Series D funding in September, led by Shamrock, NBC Sports Ventures, and KKR, along with pre-existing investors. The round brought FanDuel funding to $88 million in total.

Zynga entered the sports game category in a big way in August with the announcement of Zynga Sports 365. It got as far as NFL Showdown, a mobile football-manager game, and the announcement that it was developing a Tiger Woods golf game for 2015. But that division was wiped out earlier this month as Zynga made its second set of layoffs (around 18 percent of its total staff of just over 2,000) in the last five months. 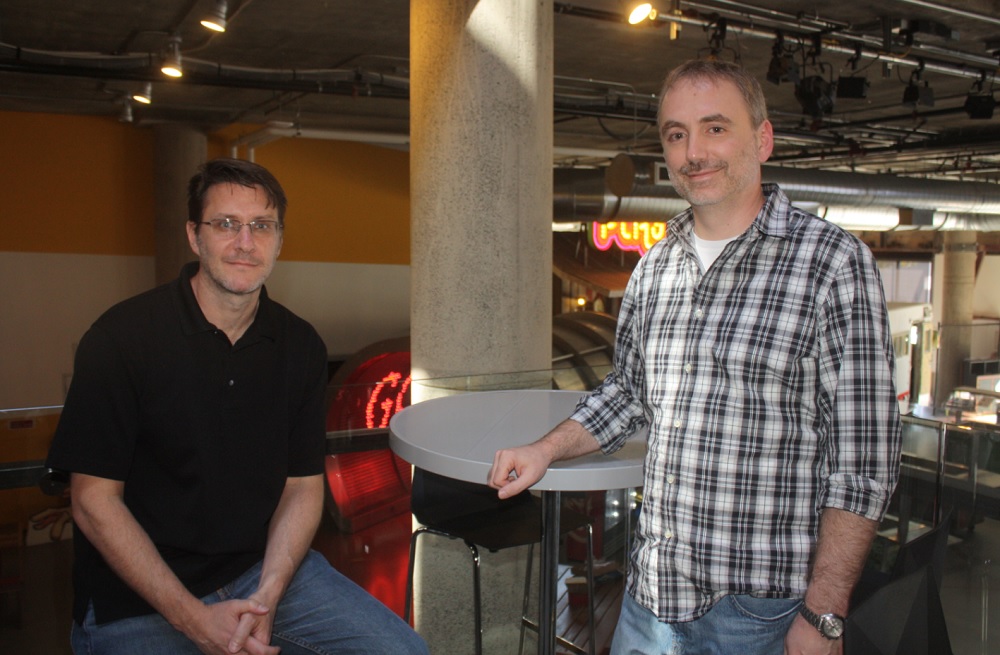 Above: Jay Shenkman and Mike Taramykin at Zynga Sports 365. Both now work for FanDuel.

“We’ve seen that across our industry, and in the early days at Zynga,” Pincus said then, explaining the company’s decision to focus its efforts — somewhat ironically, with a sports metaphor. “Tighter, more nimble teams can drive faster innovation and deliver more valuable experiences for players. … I’ve been encouraged in my first few weeks by the level of talent and commitment throughout our company. But, I’ve also heard teams express frustration. They want to move faster and take more shots on goal.”

The earnings statement announced that the company would focus on five game market segments, none of which included sports.

“In order to intensify our focus, we are exiting the Sports category and reducing further investment in other non-strategic categories such as Runners. As part of this, we have ended our development efforts on NFL Showdown and Tiger Woods Golf,” he said. 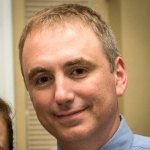 Re/code was the first to report today that 38 of the Zynga Sports 365 division’s 42 employees are now working at FanDuel. Both divisions are based in Orlando, Fla.

“Right now we’re just announcing that we’re hired 40 people in the matter of a week or so,” she said. “As far as mapping out the strategy and a product road map, I think there are definite similarities, and Mike has incredible expertise that really complements the things we want to do, and having this team will make us able to deliver on projects much quicker.

“But as far as specifics or what the product is going to be — those things still need to be worked out, and the strategy needs to be put in place. He was just in the office for the first time yesterday.”

Garden’s fall from favor may have been hastened by the poor fan reaction to a major update of Zynga Poker, which forced the company to offer Zynga Poker Classic as a separate game. He left the company shortly before CEO Mattrick resigned from Zynga April 8.

Fortune reported in February that the company is seriously considering another mega-round of funding that would bring its valuation to $1 billion.