Ubisoft won’t just have assassins and phone-hacking to make it money this year — the French publisher is also going back to Far Cry. 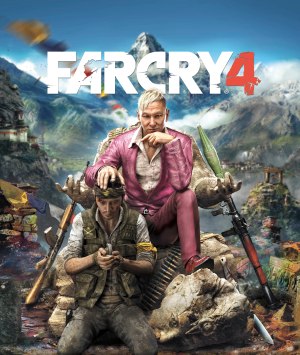 The company revealed today that the open-world shooter Far Cry 4 will debut on Nov. 18 for PlayStation 4, Xbox One, PC, Xbox 360, and PlayStation 3. Ubisoft Montreal, which was the developer of Far Cry 3, is back for the sequel. It will get help from Ubisoft studios in Toronto, Shanghai, and Kiev as well as Red Storm.

Far Cry 4 takes place in a mountainous region called Kyrat with a “despotic self-appointed king,” which is likely the dude in the purple suit shown in the art for the game. Ubisoft isn’t revealing many other details other than to say that it will reveal more at the upcoming Electronic Entertainment Expo trade show in June.

The publisher hopes to make this new Far Cry one of the 10 best-selling games of the year.

“Following the success of Far Cry 3, we wanted to take the franchise to the next level and create a game that will surprise players and exceed fans’ expectations,” Far Cry 4 executive producer Dan Hay said in a statement. “Given the unique setting, we feel Far Cry 4 will stand out as a top first-person shooter and we’re eager to reveal more about the game in the coming months.”

Ubisoft did also confirm Far Cry 4 would give players powerful weapons and vehicles to conquer the open-world setting.

With Far Cry 4, Ubisoft has a number of new and established franchises hitting in 2014. That includes Assassin’s Creed Unity, Watch Dogs, The Crew, and Just Dance 2014. It also announced that The Division would now come out in 2015 instead of this year.