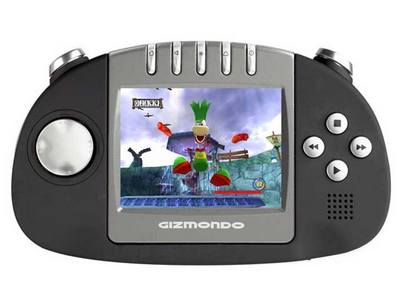 In the history of video games, Gizmondo is as welcome as an Uwe Boll movie. An overpriced piece of hardware that offered little benefit to gamers other than handheld ad delivering device Gizmondo was destined to acquire less success than the Nokia N-gage. The difference between this device and other failures is the amount of drama that was involved with Gizmondo. Tiger Telematics Incorporated is one of the most fascinating companies in the game industry with enough baggage to fill a bad 80’s teen movie.

Forgery of parental signatures is not a sign of future mafia connected business tycoons. Bad report cards or a trip to Six Flags wasn’t the goal of teenage Carl Freer. This forgery was for a loan where he would later be fined £135,000 for fraud. Freer continued his career as a car dealer where he sold stolen vehicles while writing bouncing checks. In the 1990’s Freer finally settled down his own company, merged it with an American carpet retailer and formed Tiger Telematics Incorporated. This long winded transaction enabled Freer to receive a Nasdaq listing which suspiciously raised enough money to bring about his magnum opus, the Gizmondo. 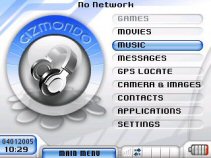 E3 2004, Gizmondo makes its debut onto the gaming scene receiving as much enthusiasm as In The Name of the King: A Dugeon Siege Tale. GPS functionality, mp3 playback, messaging, MPEG 4 video, Smart Adds, and an underwhelming 3 hours of battery life, Tiger Telematics claimed Gizmondo would rival the Nintendo DS and Sony PSP. This device was destined to be an over-priced, user hostile, laughing stock of a gaming device. Gizmondo served as a mobile machine built to deliver advertising rather than gaming. Smart Adds was Gizmondo’s analogy of Xbox Live, instead it was absolutely indigestible. Users were encouraged to subscribe to in-game ads and would be rewarded with free music downloads. The GPS functionality was a façade to mask Smart Adds tracking scheme. This way an advertising company could track the Gizmondo and feed ads that were relevant to the device’s location.

Gizmondo itself is a boring product. The real story is Carl Freer’s staff decisions for running his company. Stefan Eriksson, also known as Fat Steve, was brought on as a co-executive of Tiger Telematics. Eriksson’s resume included: head of a Swedish mafia group known as Upssala Mafia, counterfeiting, violent crimes, cocaine business, and attempting to defraud The Swedish Bank Giro Central of $22 million. Along with Eriksson, Peter Uf, and Johan Enander were brought into top positions as well. Their credentials: Uf had eight years of fraud charges and Enander had over six offences of blackmail and assault. Freer and Eriksson also moonlighted as anti-terrorists volunteers for San Gabriel Valley Transit Authority, a company that helps transport disable and elderly citizens. This false employment served as a method Freer and Eriksson to obtain firearms under the guise of Transit Authority badge. The cast was assembled and would bomb harder than Saturday Night Live sketch movie not named Wayne’s World.

Gizmondo was as desirable as a new oil rig in the Gulf of Mexico. The system was over-priced and not competitive with the Nintendo DS and Sony PSP. When the company became insolvent and creditors went after Tiger Telematics their mafia ties were exposed. Eriksson, Uf, and Enander immediately quit their jobs and Freer distanced himself away like Lindsey Lohan and self-respect. In 2006, Stefan Eriksson crash a million dollar Ferrari on a Los Angeles highway. He was legally drunk and claimed he worked for US Homeland Security with a fake ID. John Romero claimed to ‘make you his bitch’ with Daikatana, Eriksson would punch you in the face and steal your car. He would then crash it, say it wasn’t him, go to jail, and then after he got out, try to sue the county for false charges. The games industry had a legitimate bad boy.

Gizmondo and Tiger Telematics are blemishes on the gaming industry. Most people wouldn’t want to remember the Swedish mafia tried to use handheld gaming as a platform, but that makes the device interesting. A gaming company executive shoving a gun down a man’s throat is not something that gamers are used to seeing. Fake GTA IV tattoos were about as hardcore as Peter Moore would get, Stefan Eriksson of Gizmondo actually stole cars. The press makes light of physical threats of violence from publishers but if it came from Tiger Telematics game journalists would have real fear. Bad 80’s movies are embraced and odd games like Deadly Premonition find cult followings, there should be a group who appreciates troubled game companies who implode in violent ways.