Hammer & Chisel, the maker of the iPad game Fates Forever, has raised a second round of funding from Silicon Valley venture capital firm Benchmark Capital and China’s giant gaming and Internet company Tencent. 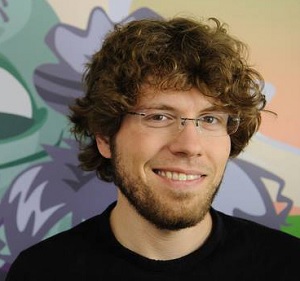 Above: Jason Citron of Hammer & Chisel

Jason Citron, the founder of Hammer & Chisel, said in an email that the company raised the money to think for the long-term and plot how it will be able to reach a billion gamers. Burlingame, Calif.-based Hammer & Chisel pioneered the creation of a multiplayer online battle arena (MOBA) game — think League of Legends on the PC — for mobile devices. Others have followed, but Citron aims to be more ambitious than his rivals. The amount of the investment wasn’t disclosed.

“Fates Forever is an experiment in what multiplayer games on mobile could be,” Citron said. “To push the boundaries and see what works and what doesn’t. It’s the first step on our journey to crafting a meaningful games company.”

YouWeb’s 9+ incubator, which provided initial funding for Hammer & Chisel, also participated in the new round.

The free-to-play Fates Forever has received awards such as “Apple’s Editor Choice” and “Best of iPad 2014.” Citron said that with more than 1.4 billion mobile devices in use around the world, the number of hardcore gamers coming to the market for the first time is “staggering.” Market researcher Gartner estimates that smartphone adoption is growing at 50 percent year-over-year in emerging countries and that 1.2 billion smartphones will ship this year alone.

Citron figures there are 100 million to 200 million core gamers on mobile now.

“We think there’s tremendous opportunity to craft high-end, respectful experiences tailored to the mobile play patterns of core gamers,” said Citron. “This investment paves the way for us to bring high-end mobile games to emerging markets all around the world, which constitutes a substantial percentage of the future core gaming population.”

Citron won’t say what his team is working on next.

“The investment from Tencent is all about us taking a long view of the market,” he said. “It takes a good while before a gaming company finds its footing. Even Supercell had ‘cells’ and constantly evolved till they got a hit. Blizzard, too. There’s tremendous opportunity ahead. In a market of 850 million smartphone users, and over $20 billion made in free-to-play gaming, I’m confident we will find 100 million users and $1 billion in revenue somewhere along this journey.”