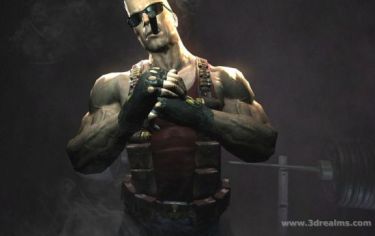 3D Realms has been developing Duke Nukem Forever, a shooting game starring the crass Duke Nukem character, for just about forever. And now the Dallas-area game developer is apparently shutting down for lack of funding, according to ShackNews.

But apparently the Duke is going to outlive 3D Realms in some way. I just got a statement from Apogee and Deep Silver that says those companies are not affected by the “situation at 3D Realms.” It says that development on the Duke Nukem Trilogy is continuing as planned. That’s is a small game, announced last year, planned for the Nintendo DS and the PlayStation Portable. That is, it’s not a major effort of the same scale as Duke Nukem Forever, which looks like it may be toast for now.

Confused yet? It remains to be seen what’s really going on here. Scott Miller and George Broussard founded 3D Realms (then-named Apogee Software) in 1987 and was best known for its Duke Nukem series. The studio had — incredibly — been working on Duke Nukem Forever for 13 years. A teaser for the game was released in 2007.

Update: Take-Two Interactive said that it confirms that it has rights to Duke Nukem Forever and was planning to publish the title. But it’s agreement did not include providing funds for the development of the game. In addition, 3D Realms’ webmaster confirms the company has shut down, ShackNews reports.