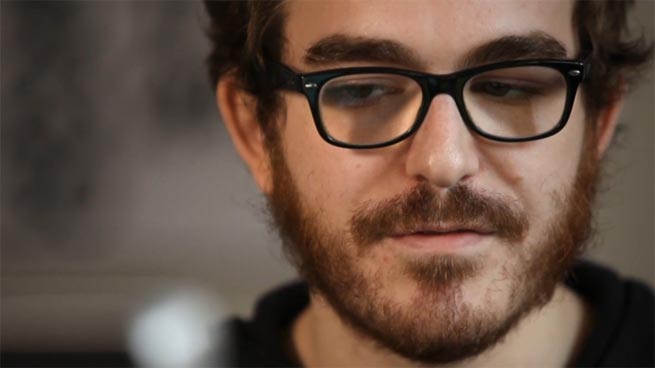 Phil Fish, creator of Fez, just cancelled the game’s sequel due to negativity from gamers. Read about it here.

Phil Fish of developer Polytron Corporation took away the grand prize at this year’s Independent Games Festival. Winning the big event at the Game Developers Conference earned him $30,000 to help complete his long-awaited platfomer Fez, currently expected to hit Xbox Live Arcade later this year. However, that’s not what got him most of his headlines this week.

Speaking on a March 6 GDC panel promoting the documentary Indie Game: The Movie, in which he’s featured alongside Braid creator Jonathan Blow and other independent game-makers, Fish fielded a question from a Japanese member of the audience, ID’d by IT Media and Kotaku as a programmer and designer named Makoto Goto. Goto asked Fish his opinion of contemporary Japanese games, and he got it.

“Your games just suck,” said Fish, who went on to criticize the modern Japanese games industry in detail. Develop magazine reports that his remarks “sparked an audible reaction” and considerable comment afterward. Goto himself apparently didn’t get the gist of Fish’s feelings until the rest of the audience began to respond, which put the point across.

On Twitter, Fish added, “im sorry japanese guy! i was a bit rough, but your country’s games are fucking terrible nowadays.”

Once the panel concluded, Fish’s remarks quickly began burning up web forums and Twitter. At the moment, a thread on the NeoGAF forum runs to 54 pages, featuring accusations of everything from bad taste to outright racism. Several commenters had uncharitable things to say about Canadians (Fish is from Quebec).

Fish returned fire through his own Twitter feed. On March 8, he announced, “people telling me they’re going to pirate my game because they dont like me. gamers are the worst fucking people.” He also got personal with a few of his critics:

Speaking of his big win at the Independent Games Festival, Fish also found himself embroiled in scandal over what some called a tainted victory. Brendan Caldwell at Rock Paper Shotgun has an extensive rundown of the dispute, in which critics argue that Fez’s inclusion in the 2012 IGF field — after previously entering and winning an award in 2008’s Festival — came about thanks to cronyism and a fast-and-loose interpretation of the competition’s rules.

Speaking to Kotaku on March 9, after the furor had churned for a few days, Fish did his best to smooth over the issue, pointing out that he apologized to Goto after the panel, and that Blow had also echoed many of his feelings about today’s Japanese games. The tone of his tweets calmed somewhat by then as well, and he sent a public apology to Goto. “im very sorry i was so rude to you in my answer,” he said. “i hope the rest of your GDC was more enjoyable.”

Goto, meanwhile, after returning home to Japan, seemed quite sanguine about his experience. “I am taking Phil Fish’s message,” he said through his Twitter feed, “as a strongly worded message of encouragement to Japanese game developers.”