[Note: Story has been updated to reflect the correct type of evil aliens.]

The final episode of the digital series Halo: Nightfall releases today, with both a bang and a whimper.

Today’s episode concludes the five-episode digital series on an explosively dramatic (and sometimes melodramatic) note, resolving the issue of how a squad of soldiers will get off an alien artifact and eliminate the threat of a material that is toxic only to humans.

The series centers around John Locke, whom Microsoft calls a “pivotal new character in the Halo universe.” He’s in a race with the members of his team — not all of whom are still on his side — to the only remaining way off the artifact before the sun rises and they are burned away. 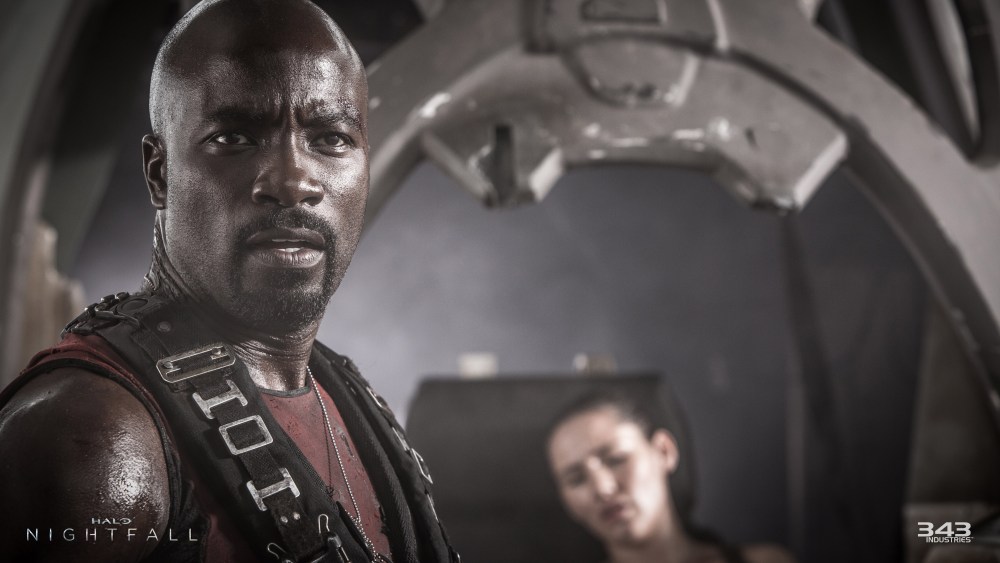 Above: Mike Coulter as John Locke.

Previous episodes were overly pompous and self-important. This week’s descends further into scenery-chewing, aided by some special effects failures and plot “twists” telegraphed well in advance.

The series is an experiment by the now-shuttered Xbox Entertainment division and developer 343 Industries in accompanying a game — in this case, the Halo Master Chief Collection — with digital content.

The live-action series is executive-produced by Ridley Scott (Prometheus) and David Zucker, head of his Scott-Free TV division; and directed by Sergio Mimica-Gezzan (Battlestar Galactica, Heroes). It’s set in the sci-fi universe of the überpopular Halo shooter games. 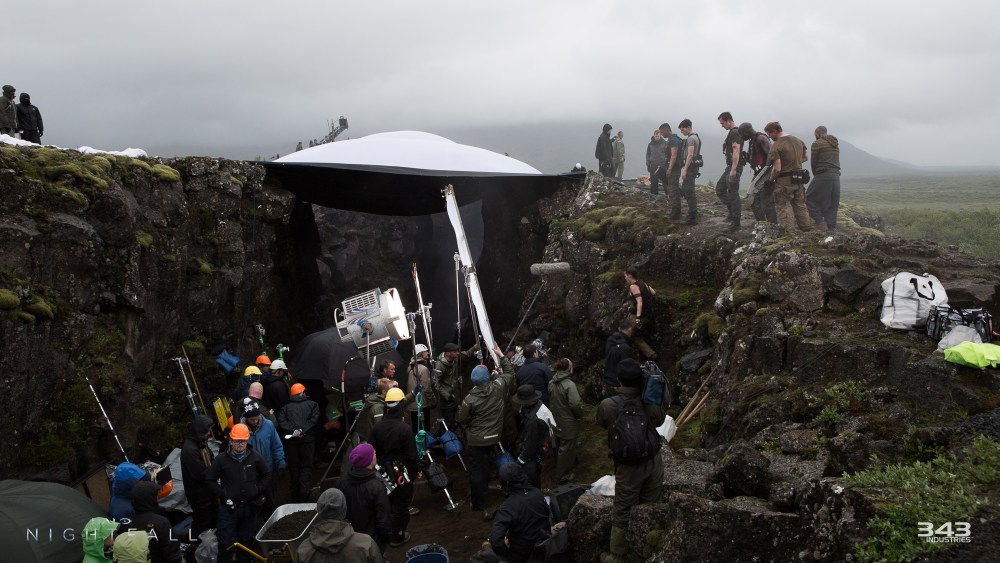 Above: The Halo: Nightfall cast on location.

The series started strongly with its effects, faithfully replicating the armor and weapons of the Haloverse and doing a realistic job in the premiere of bringing a giant Covenant Elite alien to life.

The alien in later episodes has been Hunter Worms, collections of Lekgolo eels. These superfast wigglers travel in packs, are attracted to technological energy, and infiltrate biological organisms. People are apparently extra-tasty.

The long shots of the worms have been pretty nifty so far in the series, showing them flowing like water over objects and obstacles. Today’s episode unfortunately has mostly closeups, which make the swarms look a little more “cheesy-’70s sci-fi feature” than modern sci-fi masterpiece.

Halo fans will be most interested in how this miniseries sets up Locke, played here by The Good Wife’s Mike Coulter. Rumors have been rampant that he will be playable in next year’s Halo 5: Guardians.

While the events of the five episodes are dramatic to the extreme, Locke himself displays no character development, and one has no sense that he’ll be left with the memories of this mission as a turning point in his life or career.

By the end of this episode, it’s clear that he will remain the cipher he started as in the premiere, and that no traces of this series are likely to significantly affect his style or demeanor in the game. 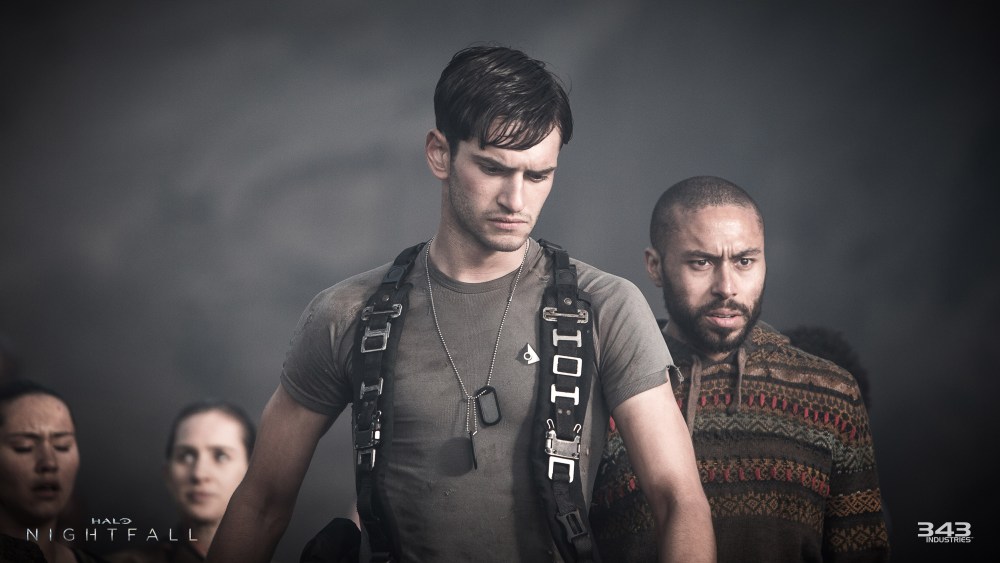 Above: This team stands divided in the last episode.

The one bright note of the final episode is the acting. Christina Chong (24: Live Another Day) still struggles with the wooden lines she’s given as scrappy recruit Talitha Macer. But both Coulter and Steve Waddington (The Last of the Mohicans) as Randall Aiken, the Soldier with a Past, have some of the better scenes they’ve gotten in the series.

It’s still not great, but you get the sense that at least they had the opportunity to bring a tiny bit of too-soon-over subtlety to the series in this final episode.

Hopefully, that quality will play a larger role in next year’s game.