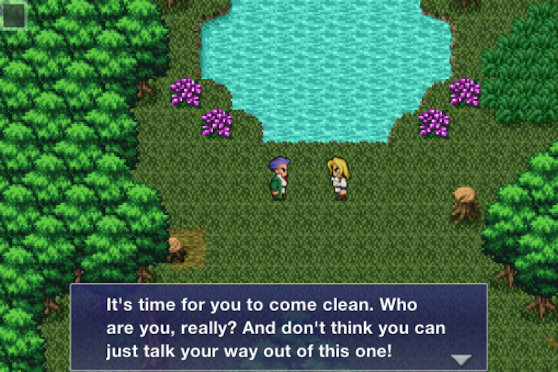 Square Enix today announced the release date for Final Fantasy Dimensions. The game will launch on August 31 for both iOS and Android.

Square is releasing Dimensions as episodic content, with a “free for everyone to enjoy” prologue, which basically means it’s how the makers hope to get players hooked. The game’s first chapter will sell for $2.99, and chapters 2-4 will be available for $9.99. Those wanting to purchase the full collection can pick it up for $28.99.

Some users on the official Square Enix blog have already expressed their dissatisfaction with pricing. One such post reads “Way too expensive for an iOS game, your buggin…i [sic] would of [sic] paid 10 for the entire game butnot [sic] half or 1/3 of it….”

Another said, “I’m sure it [sic] a pretty good game, but does it really have to be that expensive?”

Some community members seemed okay with the game’s pricing, one said, “Now i (sic) just have to decide on WHICH version to get!”

This isn’t the first time Square Enix prices titles higher than the typical game on the App Store. Chaos Rings 2 for iPhone is $17.99, while the iPad version is $19.99. A remake of the Super Nintendo (SNES) classic Chrono Trigger goes for $9.99.

Meanwhile, Rockstar’s Grand Theft Auto (GTA) Chinatown Wars sells for $9.99. Also on the higher end of mobile pricing is Baldur’s Gate Enhanced Edition, which will release for $9.99. However, it’s hard to find even top-tier iOS or Android games selling for more than $5 or $10.

Square also released a handful of new screens, which can be viewed below: