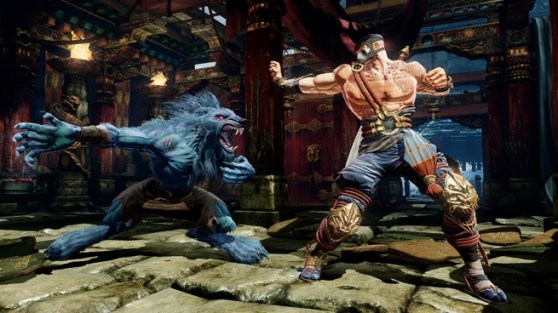 Just the term Killer Instinct makes me remember dark, hazy arcades and the musty smell of competition. So I couldn’t help but have a Pavlovian moment when Microsoft announced the return of the beloved fighter during its pre-Electronic Entertainment Expo news conference this year. I had the chance to preview the Xbox One launch-day downloadable title from Double Helix Games and speak with key developers at the show.

“(Double Helix) got it … this understanding of what was great about KI,” Ken Lobb, creative director at Microsoft Studios and key architect of the Killer Instinct saga, stated.

The title didn’t immediately feel like the KI I sacrificed so many quarters to during my youth. As I tried to reacquaint myself with the hulking lycanthrope Sabrewulf, I had to grasp the rebooted brawler’s new-ish control scheme. Clearly, the series gained a few dans on its bloody black belt. The new gameplay systems contributed to my learning curve. 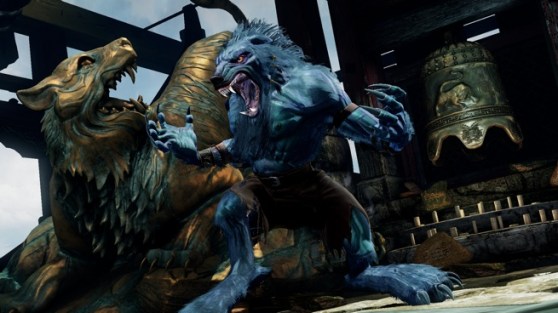 “Totally new is this idea … of an Instinct meter,” Lobb mentioned. “What if I had this other buff that I’m building up as I play? … [The meter] is specific to each character. … Jago [the other selectable character in the demo] gets hit advantage. He also starts to heal. … Sabre buffs up, gets faster, does more damage.”

I eventually deduced a few of my combatant’s moves and pulled off some of the game’s trademark c-c-combos. These moments directly tapped into my inner 11-year-old KI fanatic. That’s when my brief hands-on experience truly clicked.

“One of the most important parts of a fighting game is balance. In KI1 days … we literally had to have people running around upgrading the arcade machines all over the freaking world. Now we have builds instrumented, so we know if things are broken. … And we build them in a way … that they can be adjusted hourly, daily.”

Along those lines, players can share their beatdowns through the One’s gameplay-recording functionality, which should appeal to the thriving competitive community streaming its matchups and tournaments online.

“You have a ton more people that want to watch this stuff and learn. We showed with upload and Twitch [the streaming online service] … you decide if you want to … send up a video of what you’ve just done. … Push a button, off it goes,” Lobb added.

New features aside, Double Helix has a tough challenge to overcome. Fighting game fans are fickle. KI followers have demanded a sequel for nearly two decades, so expectations will run high. The development team hopes to deliver an authentic successor.

“We thought about [making a sequel] for a long time. …The fighting genre is back. Time is right. We like bringing either new IP or things that people love at the launch of a new platform,” Lobb said. 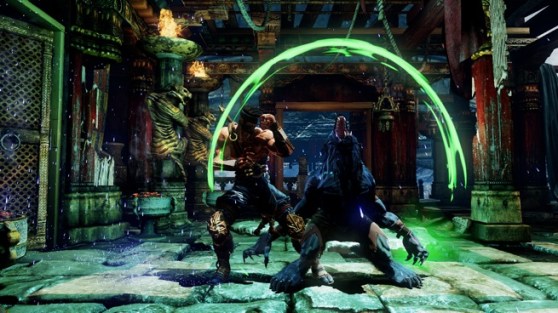 This reimagined release has new mechanics, new character designs, and even a new sales model — you can purchase characters a la carte or buy all content (including future downloadable additions) at once. But I enjoyed the new Killer Instinct most when it felt like the old Killer Instinct.

I’m talking about landing that 14-hit extreme combo and hearing the familiar bloodthirsty baritone of the combat commentator.

That moment made me reach for my pocket, fumbling for my next quarter. And that’s why I can’t wait to get my hands on the final product.