It’s been a year-and-a-half since Nintendo brought its strategic role-playing game Fire Emblem: Heroes to iOS and Android. Since then, it’s rocketed past the publisher’s other mobile titles: Super Mario Run and Animal Crossing: Pocket Camp. The free-to-play game, an adaptation of the long-running strategy-RPG series for Nintendo consoles, has now brought in over $400 million from in-app purchases.

Fire Emblem: Heroes features the series’ standard turn-based combat, though it has made changes for the mobile platform. It has more of a colorful aesthetic, and developer Intelligent Systems had to work within the constraints of limited map sizes. In a previous interview with GamesBeat, Nintendo game director Shingo Matsushita said that “with the restricted maps, we had to make the gameplay feel like you win battles by finding clues to defeating the enemy, like solving a puzzle.” 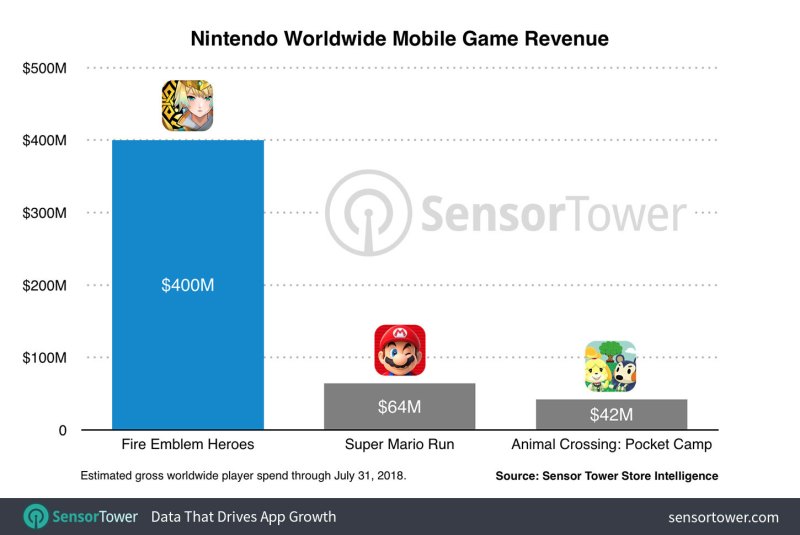 Most of Fire Emblem: Heroes’ revenue comes from players in Japan, who account for 56 percent of the game’s earnings. U.S. players come in second at 31 percent, according to mobile market analyst Sensor Tower. At the one-year mark, the game hit $300 million; in the last six months, it earned $100 million more. It also had its highest-earning month in June, when players spent $23 million.