Nintendo could have another mobile hit on its hands.

As a fan of the Fire Emblem series and its special brand of turn-based strategy combat, I was skeptical when Nintendo announced that it was taking the franchise to mobile. After spending some time with the iOS version today after its launch (it’s available on Android too), I’m a believer that Fire Emblem belongs on the platform.

I also think it could help Nintendo make a lot of money in the $36 billion mobile games market. 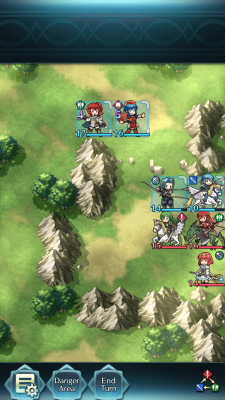 At its core, Heroes feels like a standard Fire Emblem game. Battles take place on a grid-based map, and you take turns against the enemy moving heroes and attacking. You must be aware of the weapon triangle, Fire Emblem’s paper-scissors-rock mechanic where certain weapons do more damage against others. For example, swords beat axes, axes beat lances, and lances beat swords. The game even puts a small diagram on the bottom of the screen that helps you remember these weaknesses.

It’s a much more graceful transition than Mario had with Super Mario Run, where Nintendo had to turn the game into an auto-runner so that the platformer could work for smart devices. 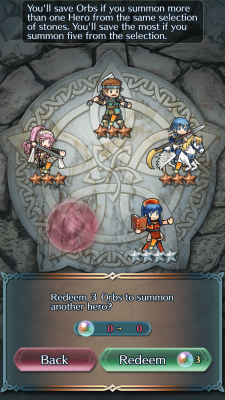 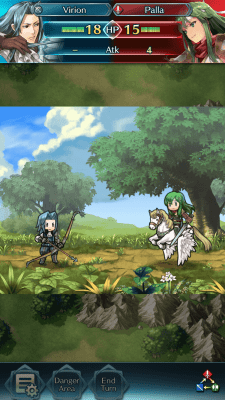 I’ve only just started Heroes, but I’m impressed. It manages to feel like a traditional Fire Emblem game, with all of the changes made helping the strategy-based combat work better on mobile. So far, the free-to-play mechanics have not frustrated me by locking me out of combat or staggering my progress.

Sure, I get the feeling this won’t be as deep a game as Awakening or Fates. Perma-death is gone — as we reported — a sad omission that I can understand (you don’t want to frustrate players by taking away characters they paid for after they die in battle).

Already, this is Nintendo’s best mobile effort yet.