I am not a New Game+ kind of guy. That’s a kind mode you unlock in some titles after you beat it the first time, giving you way to play again with some extra bonuses. But when I beat a single-player game, I move on. I don’t dabble much in story-based downloadable content, even if it’s for games I adore, like Marvel’s Spider-Man or God of War. And I don’t rush to play through a game I just beat for a second time. This is especially true for role-playing games, which take a long time to beat even once.

That’s why I’m shocked that I started playing through Fire Emblem: Three Houses again. If you read my review, you know that I loved Nintendo’s new strategy RPG for the Switch. But it also encourages multiple playthroughs better than just about any other game on the system.

I realized how much I wanted to try New Game+ after appearing on USGamer’s RPG podcast, Axe of the Blood God. When talking to the other participants on the show, it shocked me to learn just how different the game can become depending on your choices.

At the beginning, you become a professor at a military academy and must pick one of three classes to teach, with each one representing a different country. Slight spoilers ahead, but Three Houses has two chapters. For the first one, the experience doesn’t change much, but your choices lead to a different second chapter. 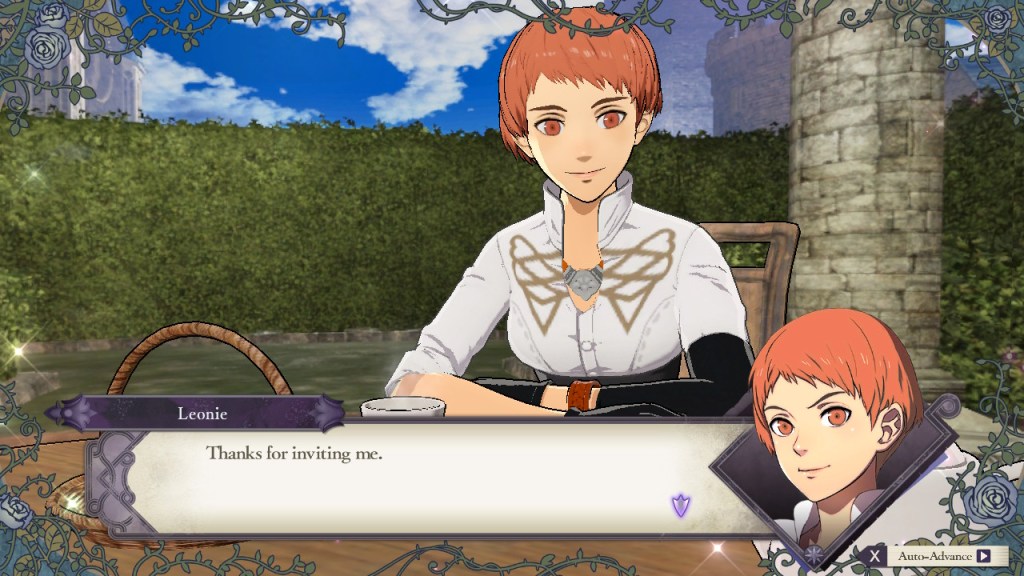 Above: My new friend (OK, maybe future wife) from the Golden Deer.

On my first go, I went with the Black Eagles. Theirs is a darker campaign focusing on conquest. Playing the game again gives me a chance to pick the Golden Deer, which has so far offered a more lighthearted experience. And I’m still only in the first chapter, in which I’m playing through the same missions as I did during my first go around. But even then, the experience feels different because I have all of these new characters. Getting to know and become attached to this new cast is one of the best parts of playing with a different house.

New Game+ also provides a reason to try Hard Mode. The difficulty’s my only real complaint with my first playthrough of Three Houses. Everything felt too easy. Now I get to try Hard Mode, and I’m finding the experience to be a challenge. I also get a chance to try playing as the main character as a woman. It’s a change that doesn’t has a big impact on the story, but it’s another small piece of making this second playthrough feel different.

I also get to enjoy the New Game+ exclusive bonuses. You earn a currency called Renown from completing missions and other activities. On your first playthrough, you can really only use Renown to repair some goddess statues, which in turns grants your team some bonuses like faster experience gains. In New Game+, you keep those bonuses, but you can also use Renown for a lot of other benefits, like quickly boosting your professor and support ranks to where they were on your last game. 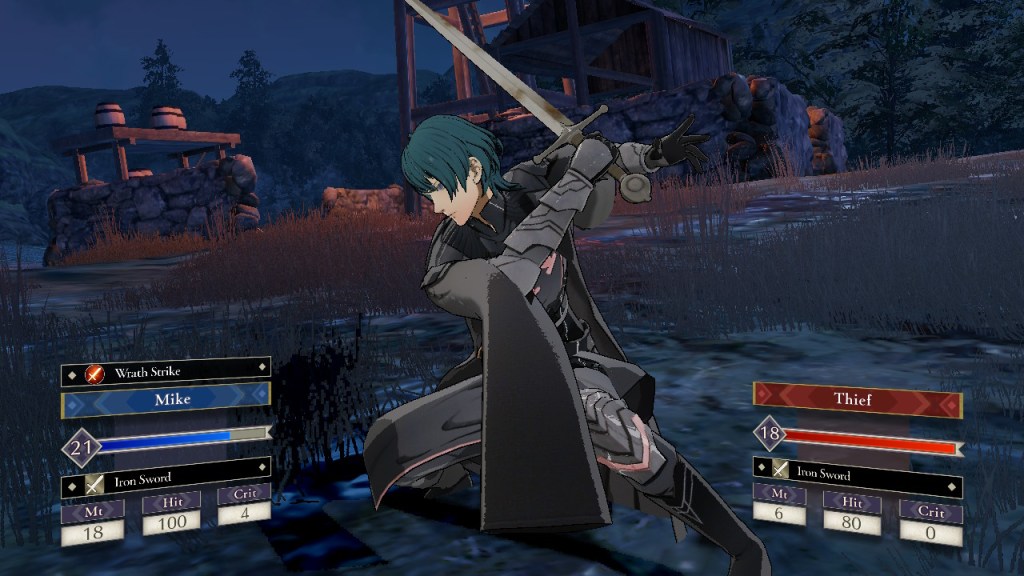 Above: Fire up the emblem.

Most of all, however, I like New Game+ because I’m still not bored of Fire Emblem. Three Houses’ mix of character progression, story, and battle tactics makes for a satisfying gameplay loop. You’re never doing any one thing long enough to get bored.

I don’t know if I’m going to immediately go for a third playthrough after this New Game+ experience, but I know that I’m going to want to see the other house’s story (the Blue Lions) some day. It’s amazing just how much Three Houses has to offer, even after the credits roll for the first time.