Firefox 51 for the desktop is available for download now on Firefox.com, and all existing users should be able to upgrade to it automatically. As always, the Android version is trickling out slowly on Google Play.

HTTPS is a more secure version of the HTTP protocol used on the internet to connect users to websites. Secure connections are widely considered a necessary measure to decrease the risk of users being vulnerable to content injection (which can result in eavesdropping, man-in-the-middle attacks, and other data modification). 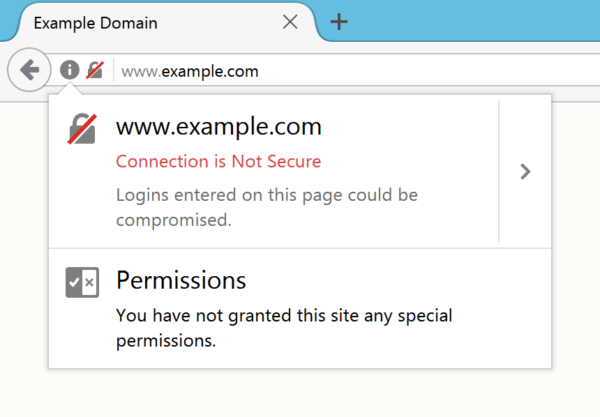 Clicking on the “I” icon will display the text “Connection is Not Secure” and “Logins entered on this page could be compromised.” Eventually, Firefox will display the struck-through lock icon for all pages that don’t use HTTPS, to make clear that they are not secure and to push developers to adopt HTTPS.

Google has similar plans for its next browser update; Chrome 56 will mark HTTP sites that transmit passwords or credit cards as non-secure. The company also plans to roll out the warnings to all HTTP sites in the future.

Next up, Firefox 51 has gained support for WebGL 2. The company has been working on this for a long time, and it’s proud that Firefox is the first browser to support the new standard.

Check out Mozilla’s latest demo (you can try it for yourself here once you’ve upgraded to Firefox 51):

Developers should note that WebGL 2 is not strictly backwards compatible with WebGL 1. Therefore, WebGL 1 code might not work as expected when using a WebGL 2 context.

Lastly, Firefox can now play FLAC files. For the uninitiated, the audio format is similar to MP3, but is lossless, meaning that audio is compressed without any loss in quality.

If you’re a web developer, more details are available for you here: Firefox 51 for developers.

Firefox for Android didn’t get many changes in this release. Browser data sync has been improved, and a different graphics library is now used for content rendering.

Mozilla releases new Firefox versions every 6 to 8 weeks, and Firefox 52 is currently slated for early March.