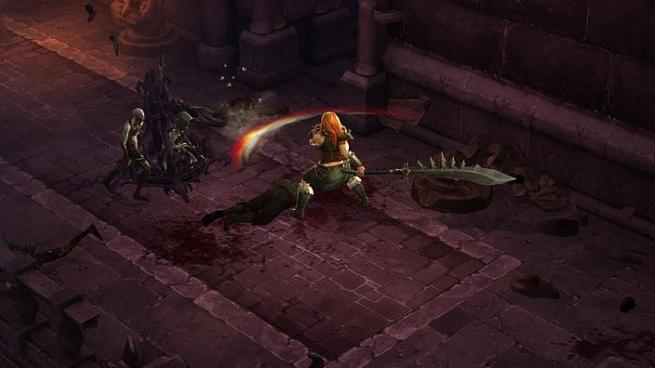 Diablo III’s first week hasn’t been an easy one. With an overwhelming number of server issues, rumored battle.net account hacking, and the slow start of the game’s real-money auction house, this launch isn’t going too well on Blizzard’s side — though Diablo did sell 3.5 million copies on its first day.

Blizzard community manager Nethaera revealed several upcoming patches through a post on the Diablo III forums. The first patches will address client issues and apply more fixes to the ever-present bugs in the game. Blizzard has already rolled out numerous hotfixes, or small patches, to help balance out character stats and overall game performance, but this patch will focus on general game stability and larger errors.

Unfortunately, players who lost achievements due to bugs will still have to wait for a fix as Blizzard looks for the best way to address the issue. Stability comes before achievements, folks.

Unsurprisingly, Blizzard is no longer aiming to launch the real-money auction house by the end of May. The company has not revealed a new official launch date but it will likely be sometime after it addresses the ongoing account hacking players are reporting. Blizzard’s official response is for concerned players to use battle.net authenticators rather than traditional passwords and says the number of confirmed compromised accounts is very small.

Reports of “session spoofing” or hackers comprising accounts as players enter public games have not been confirmed.

“Regarding this specific example, we’ve looked into the issue and found no evidence to indicate compromises are occurring in this fashion, and we’ve determined the methods being suggested to do so are technically impossible,” Nethaera said in the forum post. “However, you have our assurance that we’ll continue to investigate reports such as these and keep you informed of important updates.”