Virtual reality has a way of immersing you in an experience. So if you take a horror game like Five Nights at Freddy’s, you can expect it will be even more horrifying. I established this fact when I gave the PlayStation VR version of the game at a Sony event this week.

And yes, I was sufficiently scared out of my wits as clown-like creatures popped up out of nowhere to terrify me. In VR, jump scares are much more likely to trigger an emotional meltdown.

Sony showed off the PSVR version of Five Nights at Freddy’s this week at a hands-on event after revealing a bunch of new VR titles earlier this week on Sony’s first State of Play video event. Sony also revealed that it has sold 4.2 million PSVRs since it went on sale in 2016. 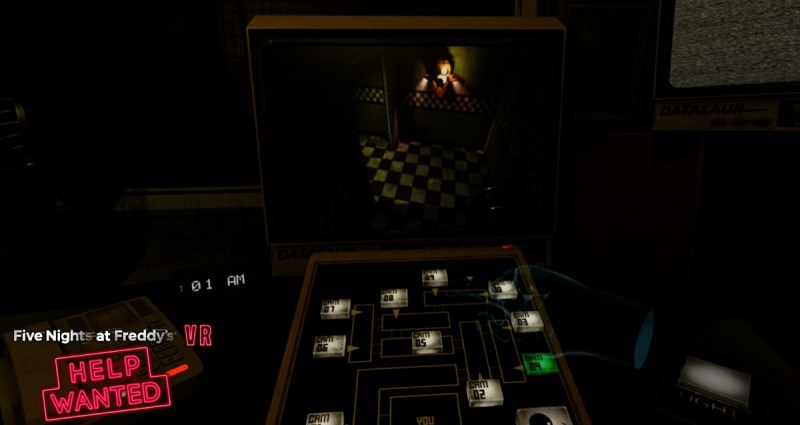 Above: Five Nights at Freddy’s VR challenges you to detect the animals before they kill you.

When I put the PSVR headset on, the kind snickering fellow helping me said I could choose from three options. I tried the main game first. Like the original Freddy’s that debuted in 2014, you are the night watch person at a pizzeria that is akin to Chuck E. Cheese’s and ShowBiz Pizza Place.

As the night security guard, you have to defend yourself from the malfunctioning and haunted animatronic characters. You do so by tracking their movement using security cameras. As you switch between cameras, you have to tap virtual buttons in VR with your PlayStation Move controllers.

You can do this quickly, and that’s important because the animals show up at your door quickly. You can close the door and make them go away, but that uses power. And if you use up all your power early, you’re toast as the animals come and get you later.

I was flipping back and forth casually, and one animal showed up at my side window and scared me. I shut the door and it went away. I did this some more until one showed up in my lap. It grabbed at me and I screamed and that was the end of that episode. 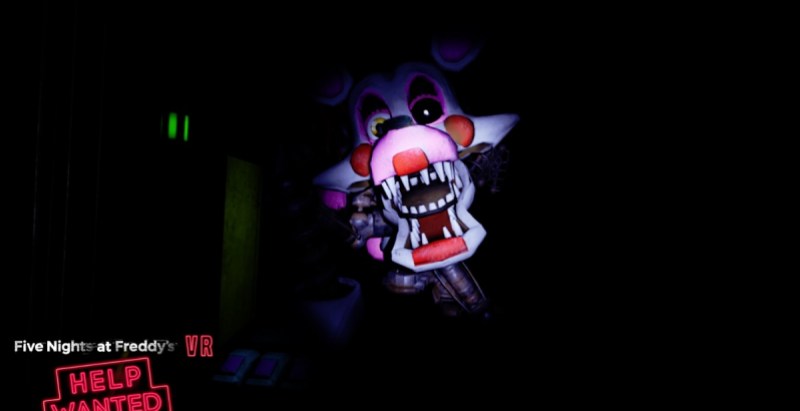 Above: This guy kept trying to eat me.

In the next episode, I was stuck inside an escape room. It was a confined space with pipes, valves, and some buttons. It malfunctioned and my job was to fix it. But this nasty animatronic character kept trying to sneak up on me through one of the three corridors connected to my room. I had to solve puzzles on each door to make sure I got out of there before the animal got me. I managed to do it without screams.

And in the final episode, my job was to repair an animatronic character. I had to do so precisely, or I think it was going to bite my head off. First, I pressed two buttons on its neck. I popped open the face plate. Then I detached its eyeballs without dropping them. I put them in some cleaning slots and the eyeballs were cleaned. Then I put the face plate back on and reinstalled the eyeballs. Had I made a mistake, I would have been dead.