In the past 12 months, more than $12.5 billion in game company acquisitions have been announced, according to a report by game advisory firm Digi-Capital.

London-based Digi-Capital said in its second-quarter report that mobile led the way with $4.6 billion in deals in the past year, followed by $4.0 billion in massively multiplayer online game deals, $2.5 billion in game technology deals, and $1 billion in console deals. There are five drivers to this “consolidation crush,” said Tim Merel, managing director at Digi-Capital. 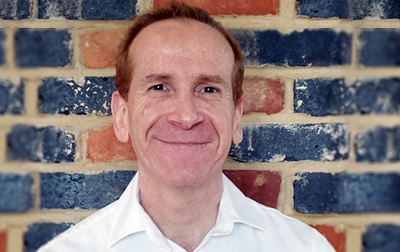 Above: Tim Merel of Digi-Capital

1. Mobile growth. Acquirers are buying into a large, high-growth market. Digi-Capital forecasts that mobile games will generate $33 billion in revenue by 2017, after growing from $4 billion in 2011 to $16 billion in 2013. Such fast growth is rare, so corporate buyers are scooping up mobile game companies. China’s Tencent bought 28 percent of C J Games for $500 million; Ourpalm bought Playcrab for $285 million.

2. Mobile cannibalization. In this case, acquirers are stopping mobile insurgents from disrupting them. Mobile has cannibalized other media usage, as print media has seen a 33 percent decline, online has fallen 23 percent, radio is down 14 percent, and TV is down 10 percent (based on 2012 and 2013 figures). Digi-Capital forecasts that mobile games will drive two-thirds of all games software market growth. The whole game market will hit $100 billion in total software revenue by 2017. But PC, console, MMO, social, and web games are being cannibalized by mobile games. As an example, Zynga bought Natural Motion for $527 million to head off a threat from Supercell, maker of Clash of Clans and new mobile gaming contender.

3. Regional realignment. The acquirers in this case are leveraging their strength to dominate at home and abroad. Mobile and online games are expected to hit $60 billion by 2017, with $38 billion in Asia and $13 billion in Europe. North America remains important, but its historic position from the heyday of consoles is waning. China, Japan and South Korea boast multi-billion dollar games companies that Westerners hadn’t heard of five years ago. Tencent has become the most valuable games company on the planet with a market capitalization of more than $150 billion, or more than Intel. Nine of the top ten buyers of game companies in 2013 were Asian companies.SoftBank invested in Supercell and GungHo Entertainment as part of an effort to create a pan-regional game giant.

4. Legacy pivots. The buyers who grew up in older markets are now purchasing newer companies to catch up with the times. Pivoting to address disruption has become standard operating procedure for survival. Facebook did this in a surprising way when it agreed to acquire Oculus VR for $2 billion. That was after Facebook was accused of being slow to respond to mobile growth. In Asia, online game companies are pivoting into mobile. And traditional telecom and book publishing companies are also pivoting into games.

5. Market cycle. Acquirers are taking advantage of the current phase in the investment cycle. Many publically traded games companies are at significant discounts to 12-month valuation highs. Valuations for games M&A have softened in 2014, and only $472 million was invested in games in the first half of 2014 (vs $2 bilion for the full year 2012). King managed to go public, but some think that game companies are undervalued. Giant Interactive, for instance, went private for $1.6 billion..