When Adobe decided to retire its Flash software, it was a big moment for FlowPlay. Fortunately, the Seattle maker of social games had anticipated the demise of Flash, which is scheduled to end in 2020. And today, FlowPlay is announcing it has converted its flagship social casino game, Vegas World, to an open-source, cross-platform development technology known as Haxe.

The effort took two years and the transition of 1.4 million lines of code to convert the Flash-based code base to Haxe. As such, it is the largest ever project to leverage Haxe, according to the Haxe Foundation.

After years of speculation, Adobe officially announced in July that it will no longer support Flash technology by the end of 2020. Once considered the foremost development solution for the casual games industry, Flash has fallen out of favor in recent years, particularly as mobile use has grown. Today, the thousands of casual games that remain on Flash are in danger of vanishing alongside the code base, FlowPlay said. As new platforms launch, development technologies evolve, and the rapid shift to mobile continues, FlowPlay’s approach to relaunching Vegas World provides a case study for other Flash developers looking for a long-term, cross-platform solution to ensure the future viability of their games.

“FlowPlay embarked on a tremendous undertaking with the complete transition of 1.4 million lines of code,” said Nicolas Cannasse, the creator of Haxe, in a statement. “The official relaunch of Vegas World not only marks years of work by FlowPlay’s engineering team but also a major milestone for Haxe given the scale of the project and broad utilization of the toolkit. FlowPlay’s contributions to the Haxe community based on the Vegas World project are invaluable and can pave the way for other developers that will use Haxe to make the leap away from Flash over the next two years.” 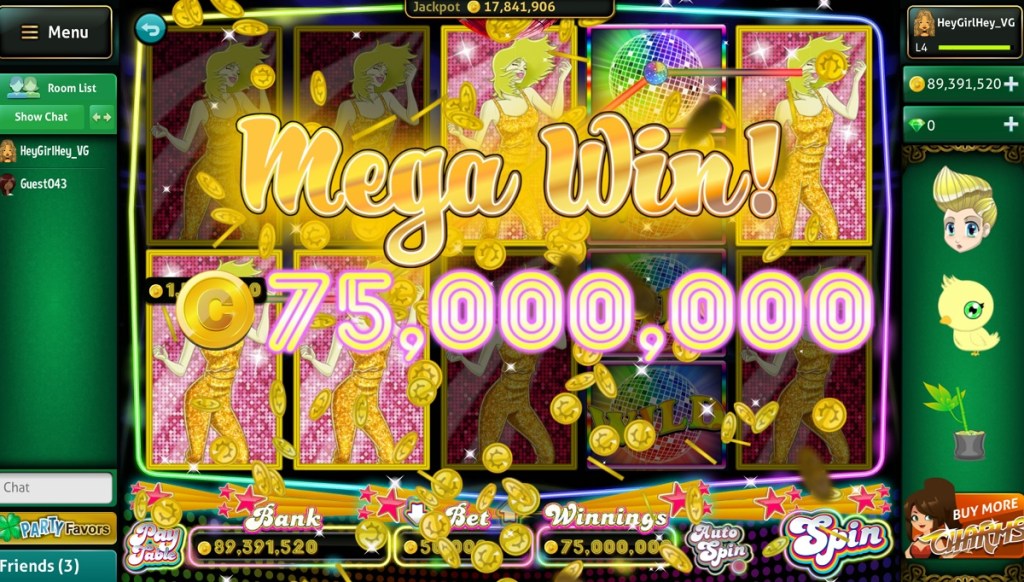 Prior to selecting Haxe, FlowPlay evaluated many of today’s most popular game development solutions, including Unity and JavaScript/HTML5. In addition to the unique value proposition of being open-source, Haxe’s robust cross-platform capabilities – enabling the use of a single code base to natively target web, mobile, and other platforms – were unmatched, the company said. Most critically, however, was the capability to maintain the infrastructure while retaining the ability to serve FlowPlay’s community of millions of Vegas World players that largely prefer to engage through the desktop experience but welcome on-the-go access via mobile.

“What differentiates Vegas World from other social casinos, and other casual games more broadly, is our focus on a community experience,” said Doug Pearson, the chief technology officer at FlowPlay, in a statement. “An essential element of that is the ability to have seamless, platform-agnostic access for players to connect with friends in Vegas World in real time, regardless from which platform either player enters. Haxe is the only solution available today that allowed us to stay true to the mission to put the needs of our community first, and the years of engineering energy culminating in this relaunch were well worth the effort.”

While FlowPlay maintains a PC-first strategy for Vegas World, the company continues to expand further into mobile to maintain a cross-platform presence, bring a diverse set of offerings to market, and reach new audiences. The Haxe codebase has allowed for the launch of new mobile titles including Vegas World Slots, available now for iOS and Android devices, with Vegas World Casino coming in January.

FlowPlay recently became a strategic partner of the Haxe Foundation, which aims to fund the long-term development of the toolkit. Through this partnership, the company will support game developers looking to evaluate the technology as a potential solution and contribute to the evolution of the open-source platform.

As an extension of the partnership, FlowPlay will host the inaugural U.S. Haxe Summit from May 3-5, 2018, at the Seattle Hilton hotel. FlowPlay was founded in 2006, and it has funding from Intel Capital and the creators of Skype. The company’s games have been played by 75 million users.

The Haxe Foundation was created in 2012 to fund Haxe’s long-term development and provide assistance to developers and companies using the toolkit.