Alper, who was 72, played an important role in the careers of many famous game developers, including Command & Conquer studio Westwood Studios and Shiny Entertainment, creator of The Matrix and Earthworm Jim. He ultimately built a large video game publishing house in Irvine, Calif.

I interviewed Alper multiple times when I worked at the Los Angeles Times in the 1990s. He was a big fan of combining films and video games at a time when many in the industry belittled the combination as “sillywood,” after Silicon Valley and Hollywood. With that strategy, he had some hits such as Disney’s Aladdin and duds such as Demolition Man. Virgin’s alumni include video game music composer Tommy Tallarico, artist Doug TenNapel (The Jungle Book), and game developers David Perry (The Matrix) and Neil Young (The Lord of the Rings).

Keith Greer met Alper while setting up a loan while he was at Wells Fargo in 1989. Greer eventually joined Virgiadn as chief financial officer.

“It was a magical journey and he was such a creative genius and knew how to inspire people,” said Greer in a comment on Facebook. “I think most people will agree that it was the best job they ever had working for Martin.”

Alper cofounded the computer game publishing company Mastertronic in 1983 with Frank Herman, Terry Medway, and Alan Sharam. Their initial business in the United Kingdom involved bundling hundreds of video cassette tapes as well as budget games and sending them to news agents, toy shops, gas stations, and anyone else.

Alper moved to the U.S. to create an American division. Mastertronic acquired rights to smaller games such as The Way of the Exploding Fist, Crazy Comets, and Impossible Mission. Richard Branson, the founder of Virgin Group, bought a 45 percent stake in Mastertronic, and he eventually acquired the full company in 1988, partly to get access to its growing distribution business in the U.K. with Sega. That company took over most of the Mastertronic business in the U.K. and then Alper and others in the remaining firm became part of Virgin Games, which was renamed Virgin Interactive Entertainment in 1994.

Graeme Devine and Rob Landeros, creators of The 7th Guest at Trilobyte, also worked at Mastertronics. Devine worked on budget software and followed Alpert to California, where he coded the first Spot game for the Nintendo Entertainment System. When Devine and Landeros proposed leaving to do The 7th Guest, Alper gave them encouragement, funding, and reportedly “fired them” so they could focus on it and found Trilobyte.

Alper also worked closely with Westwood Studios, a Las Vegas game company that was founded by Brett Sperry and Lou Castle. He published Westwood titles such as the Dune series. By investing in Westwood, Alper enabled the studio to expand and focus on game development without stressing over milestones and securing the next project. Virgin Interactive Entertainment bought Westwood in 1992.

“Martin was a great deal guy, always unafraid and unabashed when going for the big deals,” said Castle in an interview with GamesBeat. “He was a great strategic thinker for the company. Command & Conquer would never have happened without Martin.”

Elizabeth Olson, who worked at Virgin Interactive Entertainment in PR, also said that Alper was an “incredible dealmaker,” setting up relationships with Golden Nugget, 7-Up, McDonald’s, Disney, Hasbro, and others. Over time, Virgin Interactive grew to a peak of more than 900 employees and generated hundreds of millions of dollars in revenue.

“I’m extremely sad to hear about Martin Alper passing away,” said David Perry, the founder of Gaikai and Shiny Entertainment, in an email. “In 1991, Martin called me from the USA and told me to lock my front door and come to America to help Virgin Games meet some deadlines. I literally locked my car in my garage and drove to the airport. He teamed me up with amazing people and we made games like Disney’s Aladdin, Cool Spot, and Global Gladiators for McDonald’s on the Sega Genesis. I’ve been living in the U.S. for 24 years now. We were good friends and frankly his phone call completely changed the course of my life and career.”

Virgin released games such as Aladdin and The Lion King. In 1995, Viacom acquired it and other Virgin properties, and it was placed under Spelling Entertainment. Then Virgin went through a management buyout in 1998, led by Mark Dyne, who took over as chief executive. The U.S. operations were spun out to Electronic Arts as part of its acquisition of Westwood Studios in 1998. Virgin’s remaining assets were acquired by the French publisher Titus Software in 2003.

Later in life, Alper moved to New York city and became a video artist and sculptor. 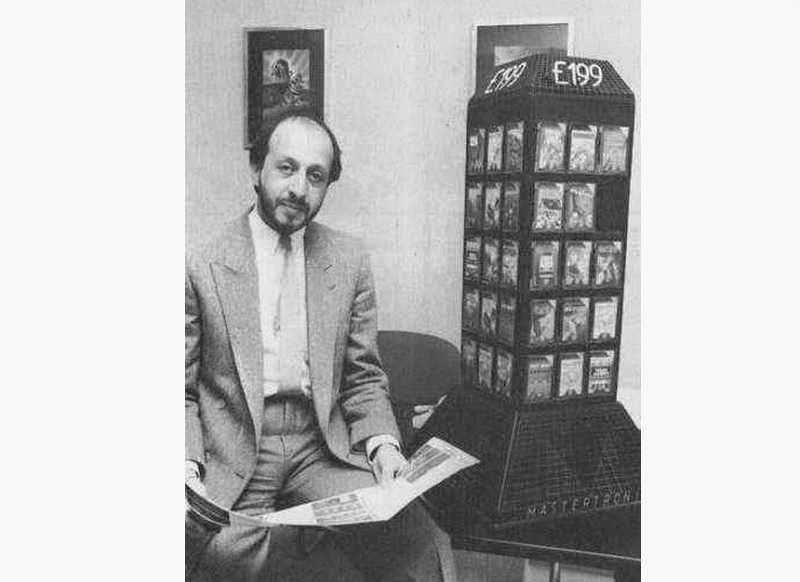