Above: Feargal Mac Conuladh, creator and general manager of the Ataribox at Atari.

Fries: Some of these are ideas that were part of Ouya. I was one of the advisors of Ouya, because ultimately I want to help more game developers bring their products to more people. The television is one of the last places we have an opportunity to have an open platform where any developer can bring their content. Ouya raised a bunch of money through crowdfunding, built an Android-based product, but wasn’t ultimately successful. Why will you succeed where they failed?

Mac: There’s a couple of things. Linux is important. As an operating system, from a technology and a collaborative point of view, it’s possibly one of the greatest technological achievements of mankind. It might not be as sexy as walking on the moon, but with 20 million lines of code, a lot of it not written by companies, across borders, across people—that’s insane. Yet the people getting the most value from it today are generally companies. It runs 80-plus percent of servers.

From a consumer point of view it’s misunderstood. It’s free, but it’s highly technical. It’s like the Bernie Sanders of operating systems. Actually it’s a wonderful tool that anyone can use. It’s under Android, inside of it. So that’s a difference.

One of the things we’ve done by adopting Linux, it lets us bring insanely great PC gaming to the TV. With Ouya and some of the Android-based systems—it’s about context. Android, the kernel is Linux, but it’s like ripping the engine from a Lamborghini and putting it in a Ford Focus. There’s a lot of power under the hood you don’t get to. It’s also about developers and the development context. If you take a great game like Terraria, they design in context. Their console version is split-screen. PC isn’t. When it comes to their version on the phone, it has the accelerometer and a small screen. That doesn’t necessarily translate to a big screen.

We didn’t want to go the Android route for that reason. We wanted to open up the way to a really open system where all these great indie developers could bring great content to the TV in a super easy way. Linux lets you do that. Unity lets you go across platforms very easily. We’re seeing people port games over in days. That was one of our choices. It would have been easy to create a super cheap Android-based device, but that’s not what we wanted to do. This is different. This is open. This is about letting developers and users have more freedom.

This needs to be incredibly easy to use. We’re going to have a really beautiful, easy to use UX layered on top of this, but you can also easily get under the hood if you want to and play around. It’s going to be incredibly open, to the extent that if people want to play games they’ve already bought on other platforms, they can do that on this machine. We’ll have a store, but we’re not going to force you to buy from us. Once people buy this box, they may never spend any money with us again, and they’ll still get years of value out of this product. It’s not a locked-in strategy where you’re forced to buy anything. Openness is key to us.

So that, the operating system, and opening up the valve to get great content to your TV—I don’t think that’s being done yet in a way that truly leverages the community that’s out there. 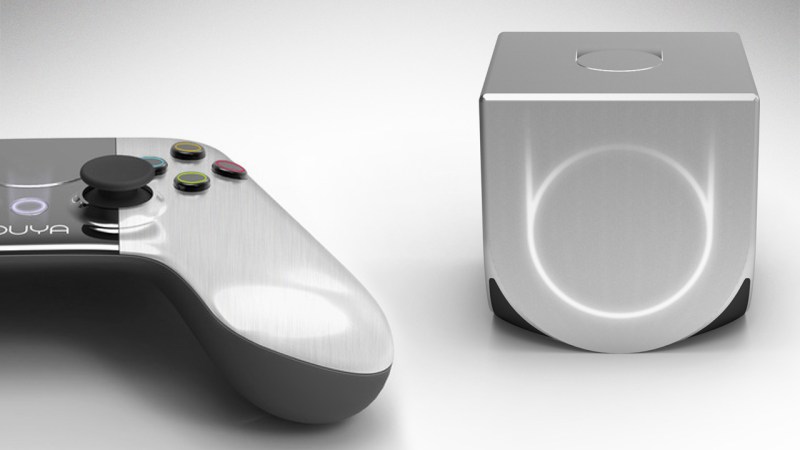 Fries: In this business you hear a lot about how things are impossible until they become possible. A lot of things fail until they succeed. But I’m going to keep asking—Ouya was Android-based. It was really cell phone hardware. You’re talking about a Linux-based device using more traditional PC hardware. But that raises a different question, which is what about the Steam Box? Valve created a standard for Linux-based gaming that they hoped would connect to TVs, and it didn’t happen. Again, how is this different?

Mac: Steam, Valve, an amazing company, but I think—when you give away too much of the experience, just write a standard and let multiple other companies build boxes, you get into trouble there. We want to be super open, but we also want to deliver an integrated experience for the customers that buy our box. They can plug it in, switch it on, and be playing one harmonious experience. The thing with Steam was you had so many people building the boxes at different prices and structures. It’s cumbersome to do that in a unified way.

We want to own this box. The design is something we spent a lot of time on, making it just right. We’re also trying to get to a price point and an audience—we’re going to be focusing on indie games. We’re not looking for triple-A development like Sony or Microsoft. There are incredible indie games out there. It’s not always just about graphics. A game like Undertale has sold millions of copies, and that’s almost Commodore 64 graphics. Yet it’s beautiful. It’s genius. Taking all that to this platform is what we’re interested in doing.

The Steam thing—it’s just a different positioning. The Atari brand is also a very approachable brand. You have people in their 40s who remember playing it when they were younger. But also, to the younger generation Atari sparks something as well. I’ve brought 12-year-old boys to see that Adam Sandler movie Pixels. I won’t comment on the movie [laughs] but the point is, all of these kids recognized every game, whether it’s Centipede or Donkey Kong. I see kids walking around San Francisco in Atari t-shirts. It’s like Ramones t-shirts, where 95 percent of the people who wear the shirt have never heard the music, but there’s something magical about the brand.

That’s something we’re bringing to this. Younger folks are going to get it. You can stream and do other things on Ataribox as well. We want it to be a device that, in the living room, is entertainment. It’s gaming, but it’s more than gaming. As a brand we’re able to do that. It speaks to a lot of people in different places. 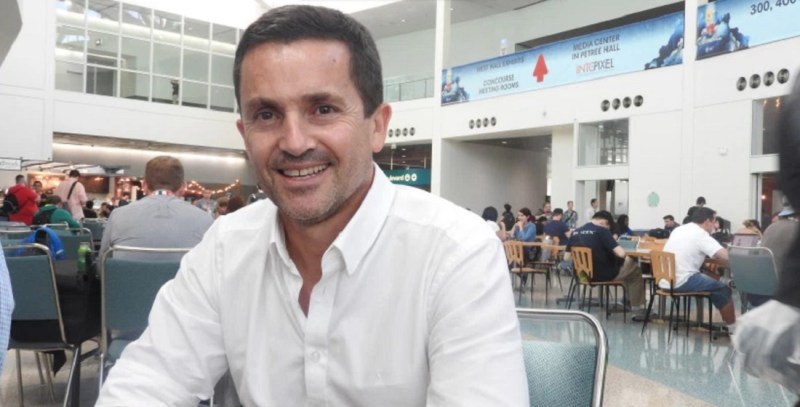 Fries: You’ve announced some things about the box so far. In the community I hang out with, which includes a lot of people who love the old Atari, a lot of people were nervous about the industrial design. When you showed the design, I heard a lot of complaints go away. But one thing that caught people off guard was the price. Between $200-300, I could buy a new Xbox for that and play these games right?

Mac: You could. But one of the things for us, back to the Sony-Microsoft discussion—you can get a similar price and impressive specs there, but those guys are also good at hooking you into the monthly subscription service. Expensive exclusive games, an expensive peripheral strategy. You pay a price, but it’s not the only price you pay. You pay a lot more money over time on those other devices.

We’re trying to be incredibly open, even on the peripheral strategy. We’ll be bringing some cool stuff in the controller and input device space, but we want to let people use whatever they want. If there’s a keyboard, a mouse, a controller, even an Xbox controller that you want to use, use it on Ataribox. We want to be as open on that strategy as we are on the gaming part. We’ll have a game store where we sell to you, but you’re not obligated to shop there.

From a pricing point of view, that’s a challenge. A lot of these other companies lose money on the box because they have a much bigger business strategy. They’re taking the long view and hooking people over time. We’re delivering something where, if people so desire, they can get years of value out of this and not have to spend another penny. They may well buy some games or peripherals. But the onus is on us to put out some great content and great input devices that people want to spend more money on. If they don’t want to, they don’t have to.

We’re trying to be, in every facet of this, incredibly open, from the operating system to the business model. Nobody’s done that yet. Exclusive games are another question we get. Am I really going to go to an indie developer and say, “You can put this game on our box and you’re not allowed to sell it anywhere else”? That goes against what we’re saying. That’s why we want to open this thing up, so it can be really easy to put content on there.

The onus is huge. It’s a huge part of the strategy of what we’re trying to do. Also, letting people get under the hood—hopefully enticing people to do more. Atari 2600, a lot of the early Atari products, they inspired people to get into technology. I don’t know how much that happens with other products today. People may enjoy them, but does it inspire them to go out and do stuff? We’re looking to do a lot of things inside Ataribox, with the retro games and the indie games we’re bringing, but also tools. We hope that kids and people playing this are going to get excited to develop for it and bring content to it. They’ll be inspired to get more involved in technology.

All of that together is very different strategy to what you’re seeing from these other players. That impacts price. It’s hard to go up against people who are willing to lose money, or at least make very little money, because they have this other strategy.