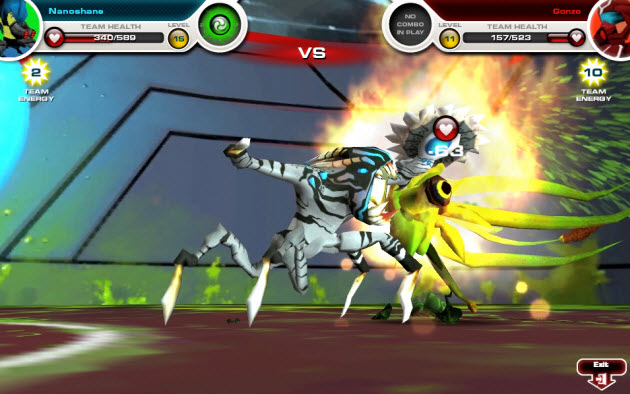 When the high-profile tech toy startup Smith & Tinker launched its Nanovor hybrid toy and online game last fall, it was a big bet with lots of money spent on TV ads aimed at young boys. With Nanovor, kids could battle each other on the web in Pokemon-style character combat or play in person using a $50 toy. But kids didn’t buy it.

That forced the Bellevue, Wash.-based company to lay off a bunch of its workers and pivot into a web-only game that can be played via computer or mobile phones. That agile maneuver has won the company a second chance. 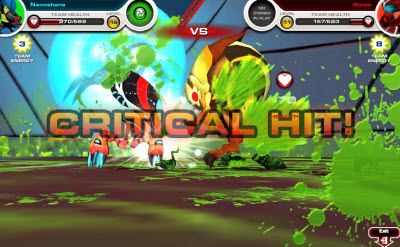 So far, the reception of Nanovor Evolution, another version of the “digital collectible” fighting game that launched quietly on Aug. 10, has been pretty good. In the game, kids explore a fictional world in which nanoscopic monsters, known as Nanovor, live and battle on silicon chips deep inside computers. When the Nanovor duel, the loser explodes in a flash of green goo.

Joe Lawandus, co-founder of Smith & Tinker, said in an interview that the number of battles users fight has increased five-fold over the previous version of the game. The game is free to play, meaning kids can play it for free but have to pay if they want to buy virtual items in the game. 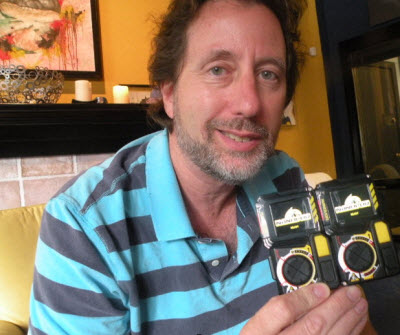 Jordan Wiesman (pictured, right), co-founder of Smith & Tinker (which is named after a couple of minor characters in the Wizard of Oz), said in an interview that the company learned a lot from its earlier failure. The game is now designed so players can move into action much more quickly. It has also been rejiggered so that kids will feel more comfortable dishing out money.

With the original game, the audience actually skewed higher than the 8 – 12-year-old demographic it was targeting. That meant the TV ads were kind of a waste. Also, it turned out that kids didn’t want to download the 300-megabyte client over the web, Weisman said.

Problems with downloading is why many light Flash games with no downloads do better on the web. But 300 megabytes isn’t huge. The bigger problem was that parents have pretty much prohibited their kids from downloading anything to their computers for fear they’ll end up with a virus.

With the new game, Smith & Tinker is trying to tackle

that problem head on. It uses the Unity Technologies 3D engine, which is a plug-in for a web browser. Once you download the plug-in, you can play any Unity-based game without a download. On top of that, the quality of the 3D imagery is much better with the Unity technology, Weisman said. That has made the game more engaging for consumers.

The hybrid toy-web concept was a good one for the original Nanovor, which won various awards for its creativity. Nanovor toys sold moderately well, but the company has now discontinued production and will let them sell out. 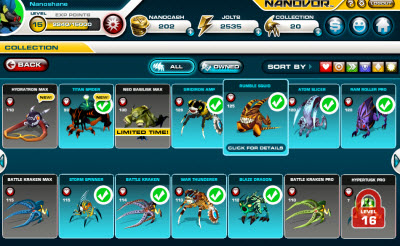 Smith & Tinker is now solely focused on combining the appeal of digital collectible games (like Pokemon, where you collect a bunch of characters) and browser-based game play. It is playable on PCs and Macs, and an iOS version (the operating system for Apple’s iPhone, iPod Touch, and iPad mobile devices) will come out later this year. Using this web-based platform, you will be able to log into your account anywhere and instantly join a battle.

“The industry is moving away from expensive retail products and is headed toward digital distribution,” Weisman said.

By getting rid of the toy, Smith & Tinker loses retail exposure for its products but lowers its costs dramatically. The company laid off a bunch of its retail-focused employees in December and now has 25 workers.

Fortunately, Smith & Tinker raised $29 million, a large amount for a game company, largely on Weisman’s reputation. Weisman has worked on a wide variety of successful entertainment companies, including FASA, WizKids, Virtual World Entertainment, and 42 Entertainment. He founded Smith & Tinker with Lawandus in 2007. Since the company had raised a lot of money, it had enough cash to pivot to its alternative strategy.

And, in addition to Nanovor Evolution, Smith & Tinker is now working on a new digital collectible Facebook game for Marvel Entertainment, the comic book and movie company, related to its superhero characters. That game will be released next year. With luck, this change in strategy may cement the company’s comeback.