Epic Games’s Fortnite is an unstoppable juggernaut, racking up over 100 million downloads and $160 million on the Apple App Store in its first five months. And it’s coming for Android next — though players might be downloading it via a web browser rather than through the Google Play Store.

After digging through the source code on Epic’s webpage, the Android development community XDA Developers discovered signs that Fortnite might eschew the Google Play Store. Reddit user Thesbros posted screencaps of installation instructions that notify users that they might be “prompted with security permissions.” “This is necessary to install any app outside of the Play Store,” read the instructions. 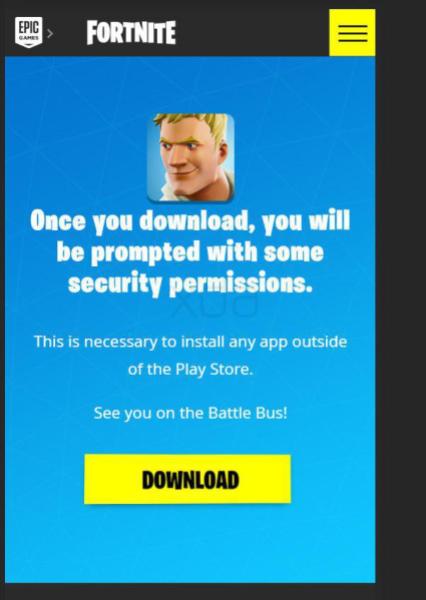 Above: /u/thesbros posted a screenshot of possible Fortnite installation instructions on Android.

Like the Apple App Store, Google Play takes a revenue split. Any app sold on these two marketplaces will have to surrender 30 percent of its profits to Apple or Google. Fortnite’s daily revenue is around $2 million per day on average, according to market analyst Sensor Tower — and about $600,000 of that goes to Apple.

By bypassing the Google Play Store, Epic would be able to keep all of its profits. The developer hasn’t confirmed whether or not it will take this approach. This rumor joins the other speculations that are swirling around Fortnite’s Android release. Some sources have said that the battle royale title might be a Samsung Galaxy 9 exclusive, launching on that phone on August 24 and September 23 elsewhere. So far, Epic is keeping mum about all the conjecture.