When Megan Gaiser was named CEO of Her Interactive in 1999, she didn’t consider herself a business person. She had risen to her position on the creative side of film and games. And she used that as a strength, to manage her company in a different and more human way.

During her time at Her Interactive, the company saw financial success, selling more than 9 million games. It also did some good by expanding the audience for games to include girls. Gaiser became an advocate of using creativity to make both meaning and money. She left Her Interactive in 2013 and is now head of Contagious Creativity, which is dedicated to helping companies inspire creativity and promote diversity.

She believes the past year of problems in the industry — such as the Gamergate Internet hate controversy — should be a wake-up call for the nation, and she’s trying to address those problems head-on. Gaiser believes that inspiring your team to be more creative has myriad good effects, from better products to happier and more diverse people.

Gaiser did a fireside chat with Daniel Bernstein, vice president at merger and acquisition advisory firm The Corum Group at our recent GamesBeat 2015 conference. Here’s an edited transcript of the talk.

GamesBeat: What do you think creativity is from your perspective?

Megan Gaiser: A simple way of putting it is that creativity is a skill within us. It’s a way of being that uses all of our senses to sidestep what’s not working and do or make something better. It’s our innate way of knowing, our innate ability to know. I love John Cleese’s definition, but I would take it one step further and say, “Creativity is our human operating system.” It accesses all our means of knowing for the sake of good.

What would you say? 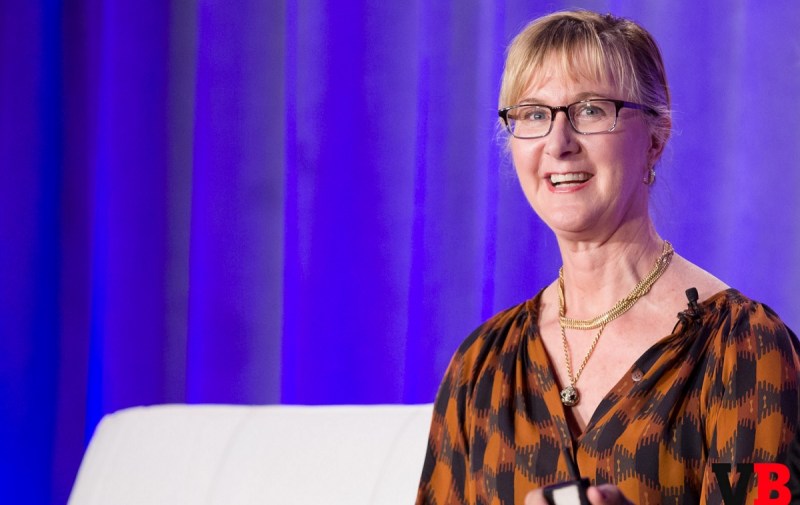 Above: Megan Gaiser of Contagious Creativity believes that an emphasis on creativity will lead to more diversity.

GamesBeat: Creativity is imagination that’s untethered from any assumptions we have about life or work or anything we do. It’s an opportunity to be completely in the clouds. That’s the ultimate goal of creativity, tapping into that potential to build something that has substantial meaning.

Let’s start with your story, Megan. Why don’t you share it with the rest of the group here?

Gaiser: My background is film. I was a documentary and educational filmmaker. In 1997, I got hired at Her Interactive as creative director. Two years later, with no warning, I became CEO. It happened at a board meeting. The original CEO resigned, and they looked at me and said, “We think you can do it.” That’s how I got the job.

I had no formal management, technical, or financial training. I was raised creatively, so I led that way. We went from zero to $8.5 million in revenues. We sold nine million games. We created a new market niche. For a decade we enjoyed inspired employees and customers, consecutive award-winning games, yearly revenue growth, and for a long time, very little competition.

It wasn’t until I left Her Interactive two years ago, after 15 years, that I understood how we did it — how we defied the odds in an unwelcoming environment, and with a totally unconventional CEO. I realized it was because we went against the grain. We sidestepped the system. We redesigned it. We took risks, which I think was important, to do what was necessary for a higher purpose. We knew it was the right thing to do and we were determined to make it happen.

GamesBeat: Let’s talk about some of the risk-taking that made you lead creatively, or that was a result of leading creatively.

Gaiser: When I began, I was instructed that I served at the pleasure of the board, and I decided to also serve at the pleasure of the customers and the audience. That worked out really well. The other thing was, the system didn’t include us, so we redesigned it. We weren’t welcome in retail, so we found someone to teach us how to publish on Amazon.

We backdoored into retail. As soon as our sales started taking off, publishers came back and we got a deal in retail. Then, when we got into retail we discovered that the publishers were taking the lion’s share of the profit, so we did the same thing again. We got someone to teach us how to publish to retail, and that’s when we took off. 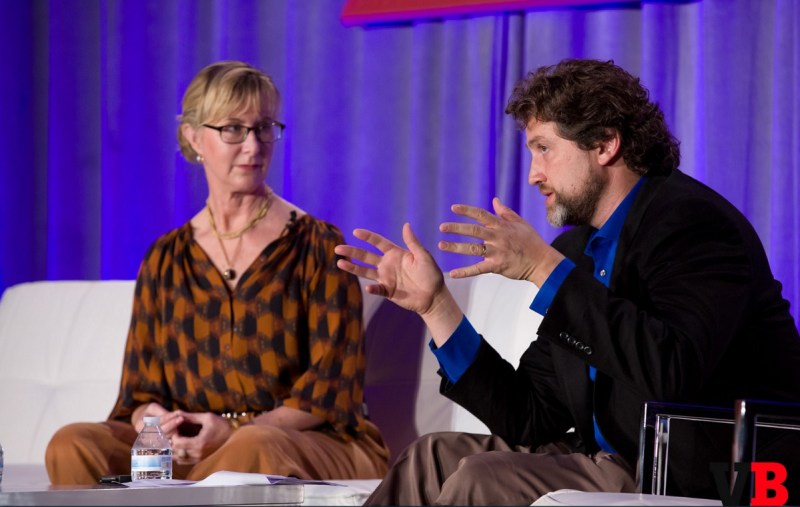 Above: Daniel Bernstein of the Corum Group quizes Megan Gaiser of Contagious Creativity on diversity.

GamesBeat: Let’s talk about the ways you led your team creatively. What were some of the things that happened along the way that challenged and encouraged you?

Gaiser: I had a background in film, which is all about creative collaboration. I was more of a co-creator and a collaborator than a decider or an overseer. I hired business people who respected the creative process. I led with the values of creativity, which are openmindedness and curiosity, first and foremost. Kindness. Respect for diverse people and perspectives. Risk-taking in the face of uncertainty.

I told people what I knew and what I didn’t know. No one needed to know everything. That would have ruined the positive flow. It was so palpable that girls who came for tours — which we did very often — would leave saying, “I want to work at Her Interactive.”

GamesBeat: We’re at a business conference. That translates into money. How did that apply to Nancy Drew games? What were some of the assumptions that were broken as a result of this type of thinking? How did that drive the opportunity with Nancy Drew?

Gaiser: We didn’t just want to make a fun game. We wanted to make a game that inspired girls to lead, which is consistent with Nancy Drew, who inspired generations of women. We fused entertainment and education in such a fun way that they didn’t even know they were learning. We integrated cultural and historical references to expand their imaginations about what was possible, and also what had been done. We’d have girls come for tours regularly. We’d get six or seven people to drop what they were doing and have conversations with the girls. If she can see it, she can be it. They left a foot taller. They came in not being very confident and left realizing this was something they could do.

The other great thing was, over the decade we got thousands of testimonials from girls saying they were so inspired by the games that they went on to become scientists, cryptologists, detectives. We had a NASA engineer who volunteered to be a moderator. It went on and on. That fueled our pride and made us want to do this over and over again.

GamesBeat: One thing that happens as game developers — we make a set of assumptions about our audiences. We certainly did that back in the dawn of casual games, when we thought casual games would be all about things like Bejeweled. It takes a certain amount of bravery to buck that trend with games like Tradewinds and Westward. These assumptions that you’ve encountered — you’ve been talking about Nancy Drew specifically. I’m curious if you hit the same set of assumptions.

Gaiser: Yeah, we did the same thing. We assumed that the target audience was girls 9-13. Growing up, that was who we usually saw reading the books. That was true, except when we got the Nancy Drew license, it was dead. We had to revitalize it.

What surprised us is that mothers bought the games for their daughters to inspire them in the same way they were inspired as kids. Then the moms got hooked on the games themselves. They gave the games to their friends. It became a cross-generational phenomenon. We had an audience we didn’t expect. We realized that the games were challenging and entertaining enough for a wide range. It was a big surprise.