Gaming goes well beyond the consoles. For 2014, you can expect to see innovations in cloud gaming, virtual reality, and mobile devices. To help sort it out, we caught up with four industry leaders at the 2014 International CES tech trade show in Las Vegas for a panel on five trends that are driving gaming.

Gaming is already huge, and it is getting bigger with mobile gaming primed to lead the whole industry. By 2017, some analysts are predicting that mobile gaming will generate more than $100 billion in revenues.

We asked them to make predictions about the future. But we also grilled them on what challenges they have to overcome in order to make their visions come true. 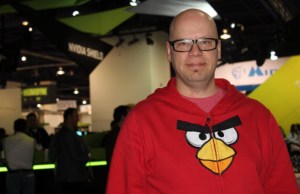 GamesBeat: What are five ideas driving the future of gaming?

Laes: Most of them are going to be the same things that have already driven the future of gaming, the same dynamics if you will. One of them has always been fidelity of immersion. Another one is the convenience of use, ubiquity. The third one is social connection through games. The fourth one is the content itself, what kind of genres and experiences you can have that provide better ways of doing older genres or experiences or types of games. How does it speak to different player types and user behavioral types who look for different things in games? The fifth one is the X factor. Something that’s so unique in a game product that lets it stand out, that becomes a trend itself, like a new genre or category of games.

Mitchell: At Oculus we believe VR is one of the leading trends in games. We’re talking about immersion being key — not just fidelity, but allowing players to experience games in entirely new ways. Social is another really big one. We’ve seen the explosion in mobile. A lot of that is driven by human social behavior — playing games with your friends, enjoying experiences more on the go.

Cloud, I would say, is a big one. I worked at Gaikai before the acquisition with Robert, so I’m a big believer in the cloud. There are some exciting things happening there that Gaikai helped pioneer. As cloud gaming continues to take off, we’ll see more of that. I’m excited to see it on the consoles. The user experience is at the crux of fun gaming, and the cloud opens up a lot of new possibilities for ease of play and convenience.

Penello: You’re going to see a lot of similarities. Certainly content is king. Having great game content is going to be just as important in the future as it always has been. For Xbox, we just launched the Xbox One. We talked a lot about our vision prior to that. First and foremost, the definition of gamers is different than it used to be. It’s not a segment. It’s not just sitting in the living room like it used to be. Gamers come in all shapes and sizes, all ages. They play all genres. They’re going to play games on a variety of devices. From a console perspective, the idea of a console as a single-purpose device is in the past. The future is a multi-tasking customer, and a device that does more than just gaming in the home. That’s something we embraced with Xbox One. 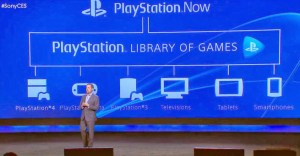 Stevenson: We’re bullish, obviously, on cloud and what that can mean to people. That affects all different genres and platforms. Instant access and the possibility of ubiquity and standardization down the road, these things are all very powerful. But it’s going to come back to things like the X factor, things like content. These features and functionalities that cloud can promise will impact the gameplay experience down the road. That’s what’s going to drive the future. Whether you’re playing a streaming experience on a VR headset, or one console or the other console, the fact that this technology does exist and continues the gameplay experience is what’s going to have an impact.

Laes: When you say that content is king, it’s often also said that delivery is King Kong. One of the things we’ve seen, especially in online and mobile games, is that now discovery is King Kong. Looking at what’s been happening in Asia, for example, with the platforms and social networking services like Kakao, Line, and WeChat, or what Facebook has done for mobile and social gaming, it’s all around trying to solve the discovery issue. When you have a billion apps and a billion people, how do you find the right app for the right people in the right time and place? Discovery is the big trend that we’ll be driving. There are different ways to solve that on different platforms, but it’s something that is affecting all of our platforms.

Stevenson: I would agree with that. Again, being bullish on cloud, I think that helps. When you have instant access to a game — you can start it instantly, check it out, try it briefly, and then convert to a download or a full streamed experience or a subscription experience — that ability to instantly try something helps with discovery. Obviously, there are merchandising challenges and searchability challenges when you have large game catalogs potentially out there, but instant access is always going to help.

GamesBeat: On Sunday night, Nvidia showed off the new Tegra K1 chip. It’s a mobile chip for mobile devices, and it can run Unreal Engine 4 games, which are basically very high-end PC or console games now. It seems like mobile, as far as technology goes, is closing the gap with PCs and consoles on the ability to immerse people in an experience. Jami, you came from a company that made Angry Birds, though, a game that drew two billion downloads, and it doesn’t need or depend on this kind of technology. How do you look at the advance of mobile technology, given what you do?

Laes: The latest game that we launched, on Dec. 11, was a full 3D game, our first ever full 3D Angry Birds experience on mobile. That’s where we’re going. At least part of our portfolio will be higher-fidelity 3D experiences. But the interesting thing about fidelity, especially in mobile networks, is that once fidelity increases, the ease of use — from a delivery point of view, at least — gets worse. When screen sizes increase, the quality per pixel goes down as well.

The Tegra K1 is a great advancement in the sense that you can run very high-quality games on mobile handsets, but mobile networks in some regions are incapable of delivering that experience, at least very quickly. It goes against the grain of delivering a ubiquitous, convenient experience for players. But mobile has been developing quite rapidly toward higher fidelity. That’s what people want most of the time, even on smaller screens. We see — and I’m sure other developers and people here in the room do as well — that production costs are rising and production quality is getting a lot higher on mobile. It’s been happening for some time already. It’s getting closer and closer, in all aspects, toward PC and console games.