FoxNext Games is cashing in on the popularity of the Marvel Universe with the launch today of the free-to-play squad role-playing game Marvel Strike Force.

The division of 21st Century Fox was formed a year ago as Kabam dismantled and sold off its various mobile game studios. And FoxNext Games is starting to pump out the content, in this case under license from Disney’s Marvel division.

“Marvel Strike Force is our first major release for an internally produced game,” said Amir Rahimi, vice president and general manager of FoxNext Games, in an interview with GamesBeat. “We are lucky, as this year is likely to be biggest of all time for Marvel. The timing couldn’t be better.”

(Aaron Loeb, head of FoxNext Games Studios, will speak on Hollywood 2.0 and games at our GamesBeat Summit 2018 event.) 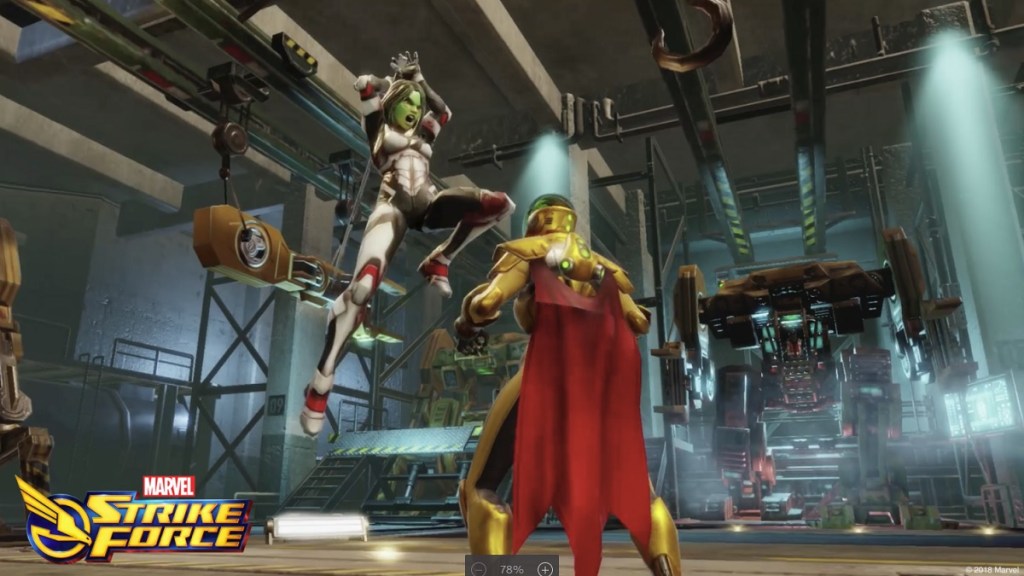 The title represents a big investment by the FoxNext Games team in a high-end mobile game based on Marvel heroes and villains. The FoxNext Los Angeles studio created Marvel Strike Force in the same vein as successful games such as Star Wars: Galaxy of Heroes. I got a look at it and it has some cinematic action scenes that show you what happens when you pit one team of heroes against another team. You can team up heroes like Rocket Racoon with Groot and get a much bigger multiplier in combat.

“This is about as big as it gets when it comes to mobile games,” Rahimi said.

“Marvel Strike Force perfectly demonstrates how we use games as a driver of the Marvel brand,” said Jay Ong, senior vice president of games and innovation at Marvel Entertainment, in a statement. “Featuring a wholly original storyline that has gamers mixing and matching superheroes and supervillains in never-before-seen alliances, this game is authentically Marvel and one of our most highly-anticipated projects this year.” 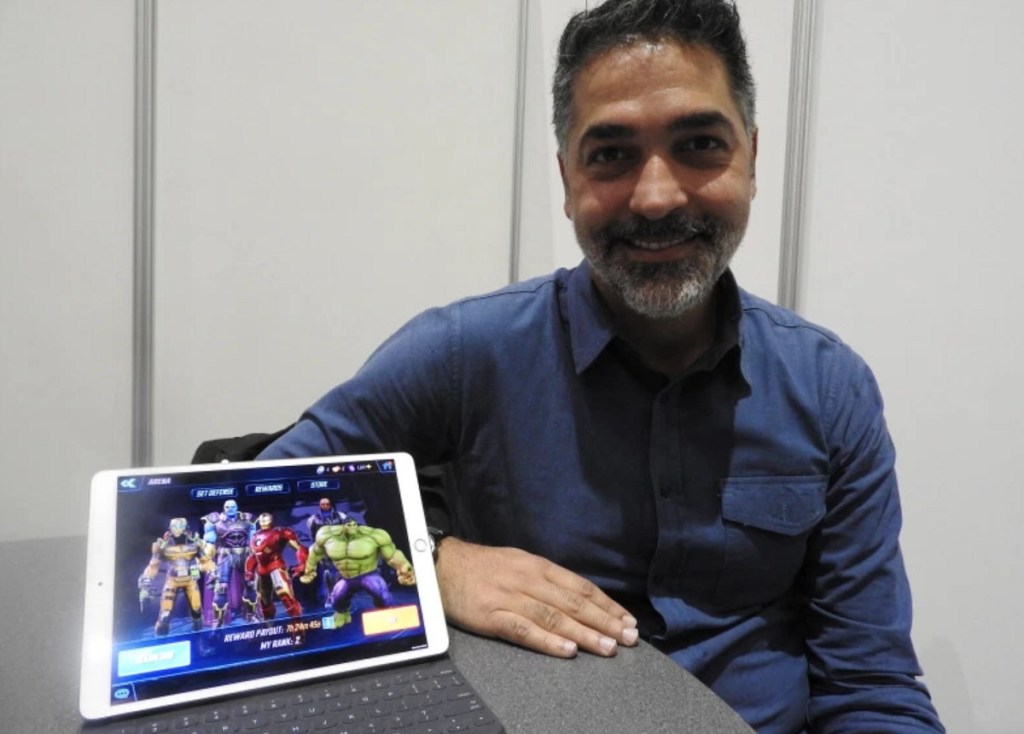 In the game, players join forces with S.H.I.E.L.D. Director Nick Fury to assemble a team of legendary Marvel characters, including Iron Man, Captain America, Wolverine, Black Widow, Spider-Man, Venom, Star-Lord, Gamora, Daredevil, Doctor Strange, and many more. You serve aboard a S.H.I.E.L.D. helicarrier, and you can join an alliance with 23 other human players.

At launch, players will be able to choose from more than 70 fan favorite characters, create powerful alliances, collect new gear and upgrades to make their teams stronger, and dominate the enemies of S.H.I.E.L.D. in strategic combat.

FoxNext Games is already hard at work on delivering to Marvel Strike Force players new campaigns to explore, new characters to unlock, and special in-game events that will roll out for years to come. The game has both single-player campaigns and player-versus-player modes. 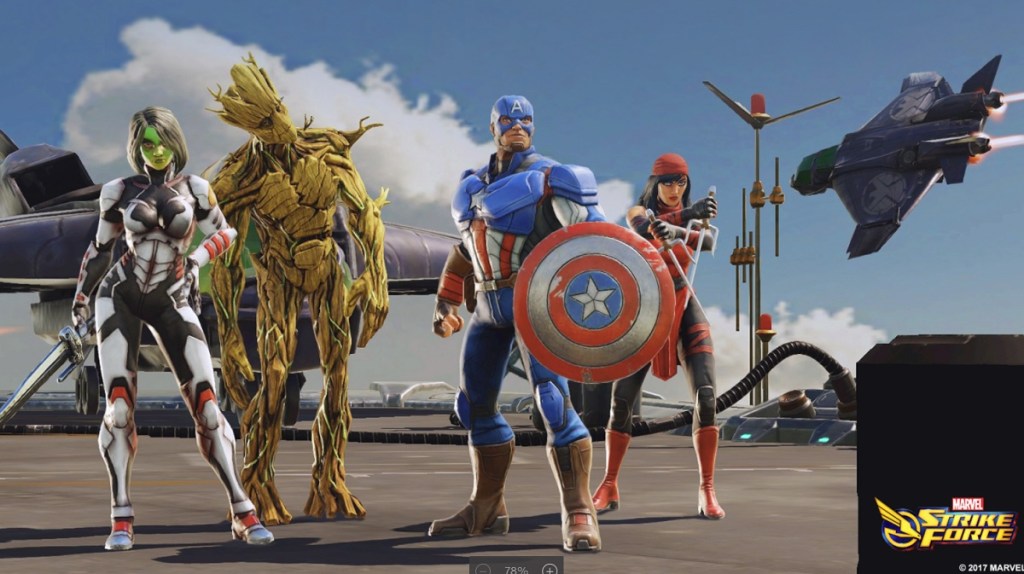 FoxNext Games and its sister divisions have begun work on a flurry of titles across augmented and virtual reality, mobile, console, PC, and location-based entertainment. Upcoming game projects include a PC/console game set in the world of Avatar in development with Massive; and a narrative game with Fogbank Entertainment, a FoxNext studio.

The Los Angeles studio is also currently producing a massively multiplayer mobile strategy game for James Cameron’s Avatar franchise. Disney is in the process of buying 21st Century Fox, but the game division at FoxNext is operating as normal.

Rahimi said the game had been in testing since November in Canada and New Zealand, and the metrics were good. Now the company is adding new characters such as Wolverine from the X-Men. The game was built with a customized Unity engine that the Los Angeles studio developed to give console-like graphics and action to a mobile game.

During the year, Rahimi expects FoxNext to launch a number of in-game events as new movies such as The Avengers: Infinity War debut. 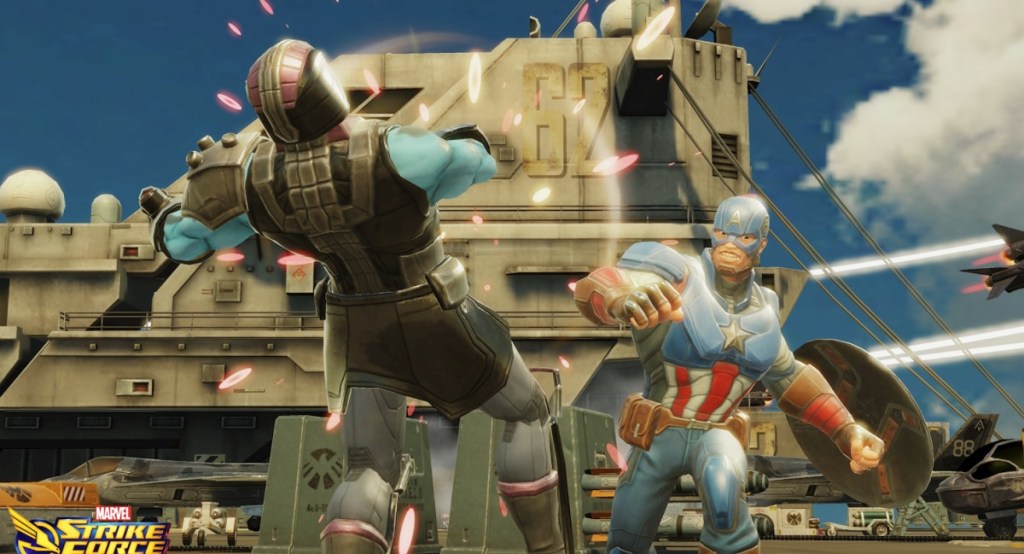 “We think of it not just as content, but ways to tweak our systems and tie into the films as well,” Rahimi said.

Rahimi’s former company, Kabam, had a big hit in Marvel Contest of Champions, which is now owned by Netmarble, which bought Kabam’s Vancouver studio.

Asked if we’re close to reaching Marvel saturation with fans, Rahimi said, “I don’t think it is oversaturated, given where Marvel exists in our culture. It is having an incredible run and it is getting better and better. People want to liver in the universe in between the films and games. Three to four mobile games is not at all quenching that thirst.”

He added, “This is the only squad-based Marvel game on the market now. You get to report to Nick Fury and fulfill the fantasy of running your own division, recruiting a team of heroes, and figuring how to mix and match them to form the most incredible team.”