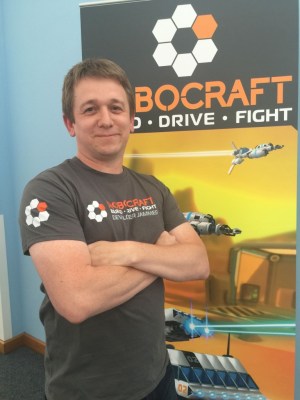 A few years ago, Mark Simmons was toiling away at game-development jobs at a work-for-hire contract studio. He enjoyed that he was working with friends, but he wasn’t excited by the restrictions imposed by such a situation: tight budgets, tough time schedules, and, most of all, that he was working on other people’s games.

On the side, he started working on a prototype that centered on the ability for players to contribute to the project via user-generated content (UGC). Inspired by Eric Ries’ book The Lean Startup, Simmons felt that a studio could be founded with just a few good people doing the main work, aided by UGC. He believed that UGC would provide “the means to allow a small developer to make games that were much larger than the small group could make on their own — to harness the power of the community.”

Simmons’ physics degree led him to put together a prototype of blocks — with inspiration from what Minecraft accomplished — that could be placed together and would interact with the world properly. That prototype became a demo he played with his development friends, and an investor friend eventually got involved with a helping hand.

“[He] gave us this opportunity to build our own company,” Simmons says. “We all quit our jobs and formed this new company on the premise that if we weren’t successful in 18 months, it’d be dead.”

So, in April 2013, Freejam Games was born in Portsmouth, UK, with Simmons as the CEO/Game Director, and four developer friends making up the rest of the team. The basic prototype Simmons had put together provided the foundation for what they’d be working on going forward.

From there, the group kept building onto the product and adding more functionality. Initially, there was the ability to connect blocks together, put wheels on the whole thing, and then drive it around a small area. Then the team added the ability to pick up green crystals that served as a form of currency, which could be used to buy more items.

Most studios work toward constructing a finished product before they endeavor to sell it to consumers, but Freejam’s intent was for players to create content that would make for a bigger game. That led them to release the prototype to the world to get feedback, and build up a community.

“We wanted to learn as much as we could learn,” Simmons says, “and we felt like we would learn more if we were bold and just put it out there in a raw form to develop it with the community.” 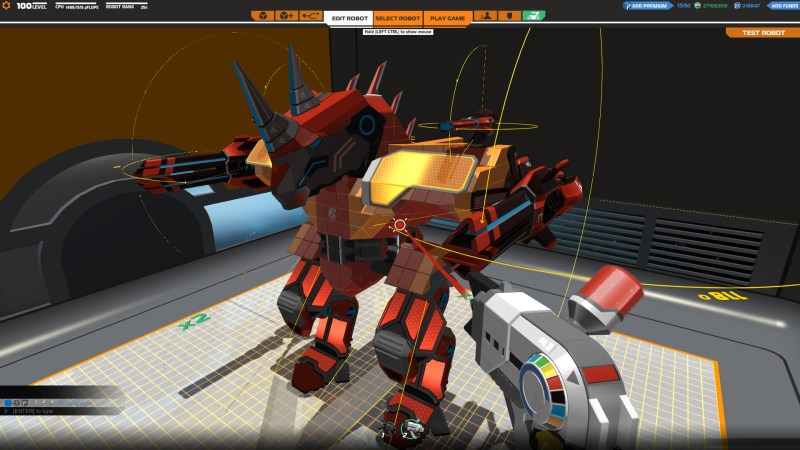 Above: Building a battle bot

The concept, Simmons says, was to “build, measure, learn” by getting the game into people’s hands, analyzing the subsequent data, implementing new features, releasing the update to the community, analyzing the data… Lather, rinse, repeat. It wasn’t making money for them, as it was a free-to-play project, but, at the same time, Simmons says they didn’t have the strategy to build a complete product and expect it to be a blockbuster hit.

“We think it’s crazy to spend three years working on a title, and then launch it — and then hope that it’s good,” Simmons explains. “Obviously, for some developers that works really well, and there are some huge success stories with that approach. But as an indie, you haven’t got the brute-force money backing you to be able to make, say, an Overwatch, where it’s just so beautiful and so polished and so amazing that it’s just better than everything else.

Luckily, that wasn’t an issue. Simmons’s prototype became Robocraft, which itself became a much bigger, feature-filled shoot-’em-up. It’s still essentially a free-to-play product, but with in-app purchases — such as the ability to buy salvage crates to get more items, or a “membership” that brings some benefits. The benefits, however, won’t make you ultra-powerful, causing an imbalance among players in the community.

“We tried really hard to make sure the game is not pay-to-win in any way, and it’s fair on the monetization side, so the prices are honest, and, ultimately, anyone who’s playing the game for free can get everything within the game in a reasonable amount of time,” Simmons says. “We try to make sure it’s pretty fair.”

Freejam is like any other developer in that it has faced — and continues to face — issues around producing its game. Simmons notes, for instance, that the varied, regularly changing PC specs are a constant challenge. It’s tough to make a game that’ll satisfactorily play on everyone’s computer. 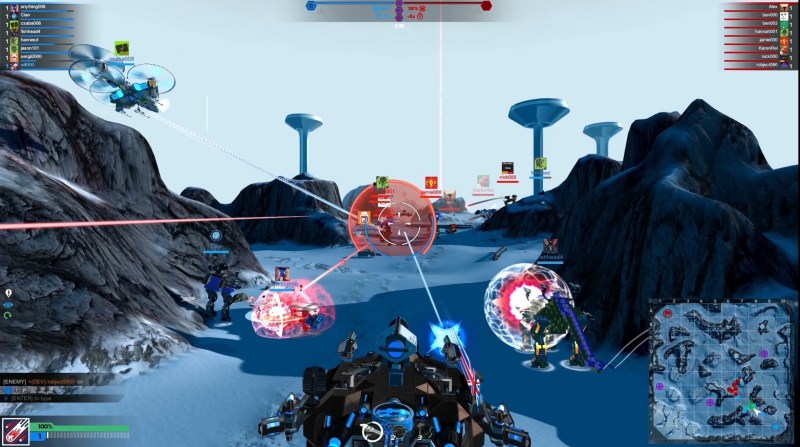 Above: Teaming up in the third-person-shooter Robocraft

Also, while Robocraft’s ongoing iteration and revision means the game continues to grow (a good thing), sometimes a change that’s made doesn’t sit well with everyone in the game’s player base (a potentially bad thing).

“We’ve always been very open to changing the game if we feel a part of it is not working,” Simmons says. “Inevitably, you get some players that love the game the way it was, and where you’re constantly changing the game in fairly significant ways — and we’ve probably changed our game much more than most would after its launch — that comes with a certain amount of friction within the existing community. They get tired of the change, or resist the change.

“You get this constant tension. [On one hand, you have] new players who are coming at it for the first time — and [you’re seeing] it’s a better game, because they’re hanging around for longer and they’re telling more of their friends and leaving more positive reviews. On the other hand, you have this older group of users who’ve been playing it since Day One, and they remember a certain point in time, which was their favorite point-in-time with the development, and the change that’s been made isn’t a good one.”

It’s a battle that developers regularly need to fight: Do you add a new feature or alter the game for what you think is the better, at the risk of upsetting your existing base of long-time players? Or do you always cater to the veterans, running the risk that you might make it harder for newbies to engage with your game? Fortunately, Freejam Games — which has grown from its original five developers to a staff of 40 now — has 12-million registered players, amassed over the last three-plus years, to give the studio the vital feedback needed to make the right choices.

Above: The Freejam team has grown from its original five