Kris and Jessica Szafranski started shopping more generics, looking at coupons, and gave up on the idea of moving away from their current location near the airport. They’d always been fiscally responsible, and Kris had his savings to tide them over while he was developing A Druid’s Duel.

But they became ultraconscious of their spending, until Jessica finally started picking up some contract work as a project manager. 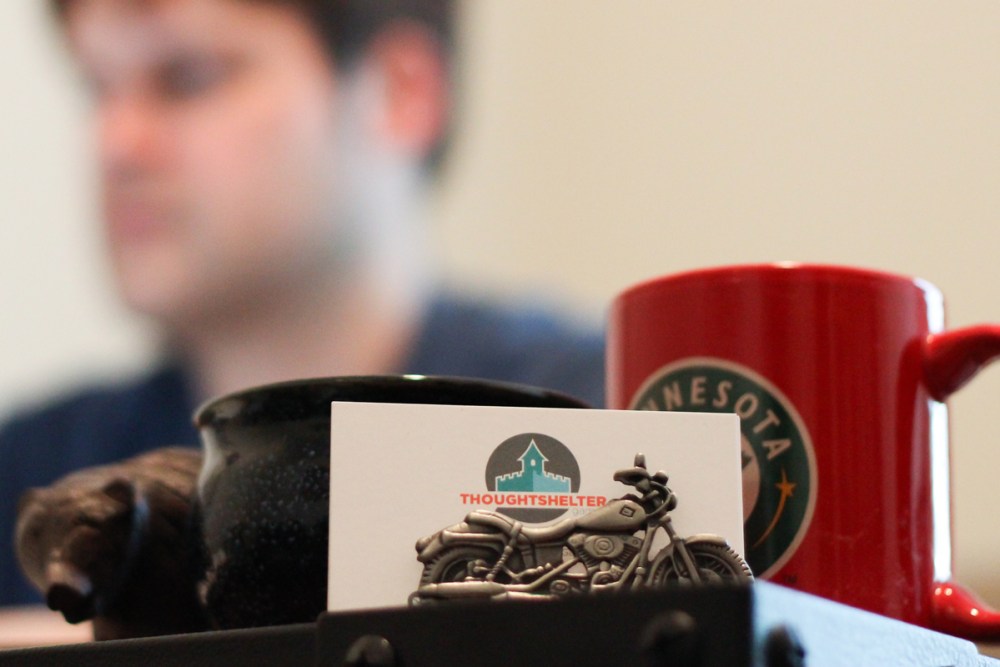 Above: Kris Szafranski at work.

Kris’ schedule has been remarkably consistent for a self-directed developer. If he’s inspired, he gets up at 6 a.m. and gets to work. Most days, he starts somewhere between 8 a.m. and 10 a.m., working for 8-9 hours every single day. He’ll take a break to head to the gym or to run outside.

He also started drinking coffee for the first time.

“He’s usually up and dressed and working before I can see straight in the morning,” Jessica said, “and usually still plugging away when I get home, too. He just has a really short commute, I guess. I’ve been pretty impressed with how well he’s been able to maintain that regular work schedule. It takes a lot of self-discipline.

“Once in a while, he’d kind of take a day off. [Usually for a road trip on his motorcycle, Kris noted.] I very rarely came home and found him chilling outside on the deck. So I didn’t feel like I was missing out on the fun times. ” 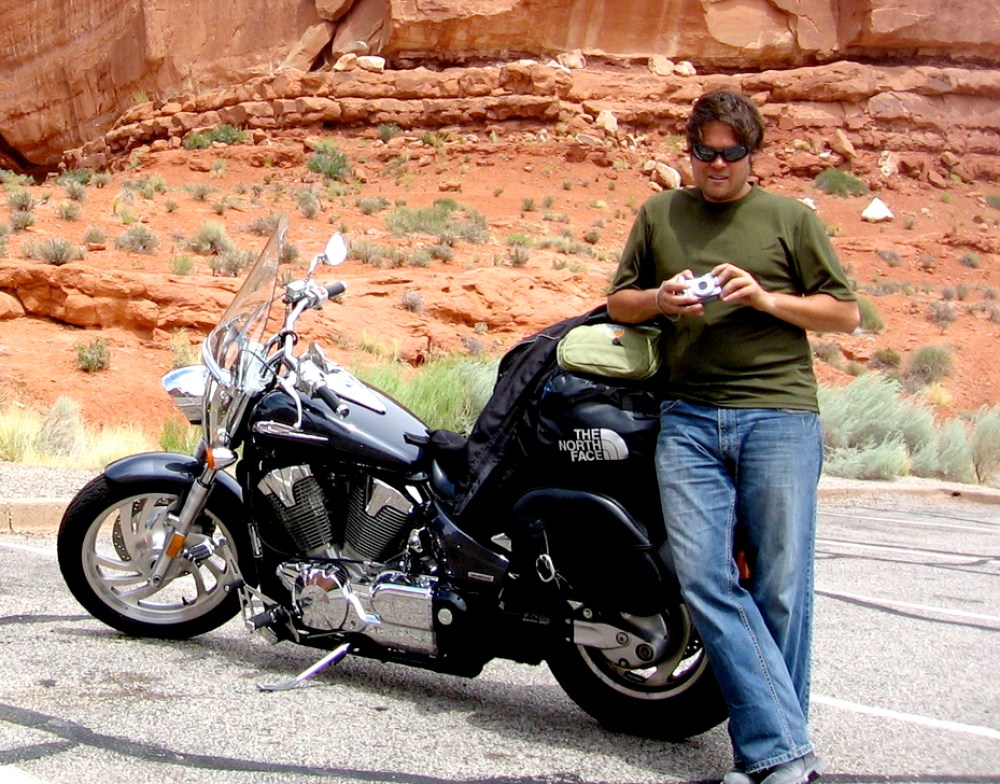 Above: Kris Szafranski and his Honda.

Every so often, he’d gather with other developers at a local donut shop for what they jokingly called “dough-velopment.”

“Sane and healthy,” he said. “I didn’t want to rely on bursts. Having been a graphic designer and other things, I know you have to work through creative process. I didn’t burn myself out by working 24/7. But there were stretches when I really wanted to get things done.”

So he’d schedule external deadlines, like a playtest, or deadlines he’d commit to with friends. At night, he’d pepper Jessica with questions or work out issues with the game aloud — striker versus stormcloud?

“It’s been a longer development cycle than I anticipated. I thought at the outset it would be two years,” he said. I pointed out that it’s been less than that. “It’s felt longer,” he said after a moment. 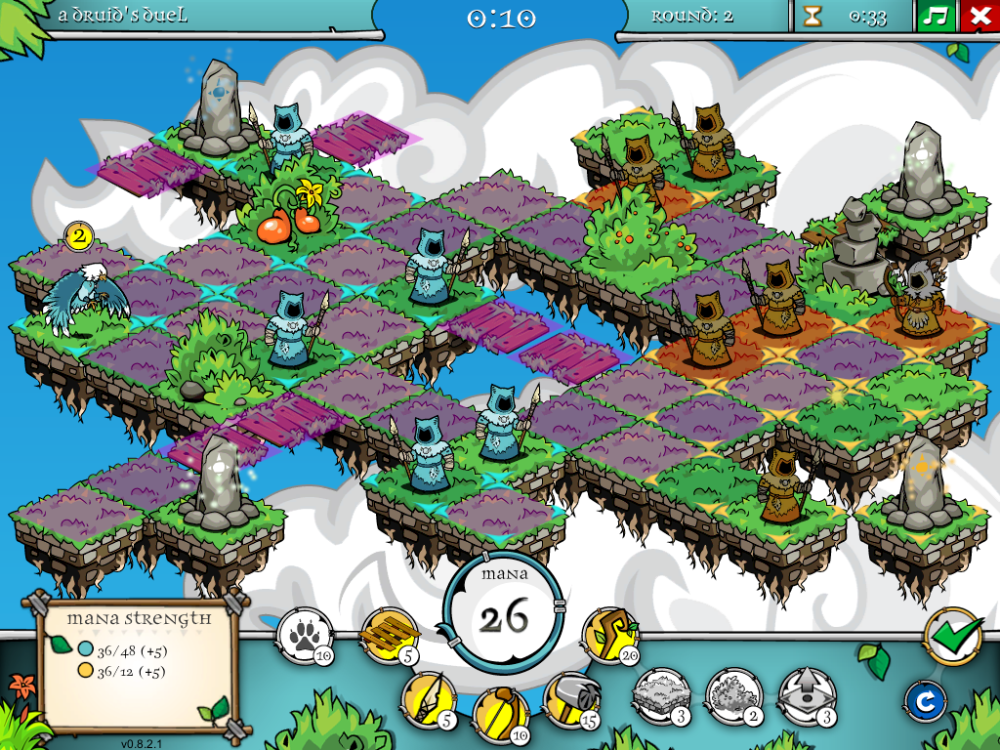 Above: You control the game board during turns in A Druid’s Duel

It especially feels longer now, with the game so close to release. Tomorrow, gamers will decide Kris’ fate.

“I vary from day to day,” he said. “I’m either really excited or really nervous, terrified.”

Jessica said it’s been even more intense for her. “Extend those emotions on either end. It’s been a roller coaster.”

Kris felt the pressure the moment he set a date with his publisher (Surprise Attack), getting the game in just before the Penny Arcade Expo and the Game Developers Conference.

“It was pretty aggressive. I worked some good 80 hour weeks. It started getting to the bottom of the checklist [of things he had left to do on the game.] Jess is like, ‘You know when you said you couldn’t wait to see how it all turned out? You’re at that point now.’ Today, I’m super excited.”

Jessica sent out a tweet that included emoji for all Kris’ emotions during the final few weeks: It was stuffed full of tiny faces, all with different expressions.

Two lives in the balance 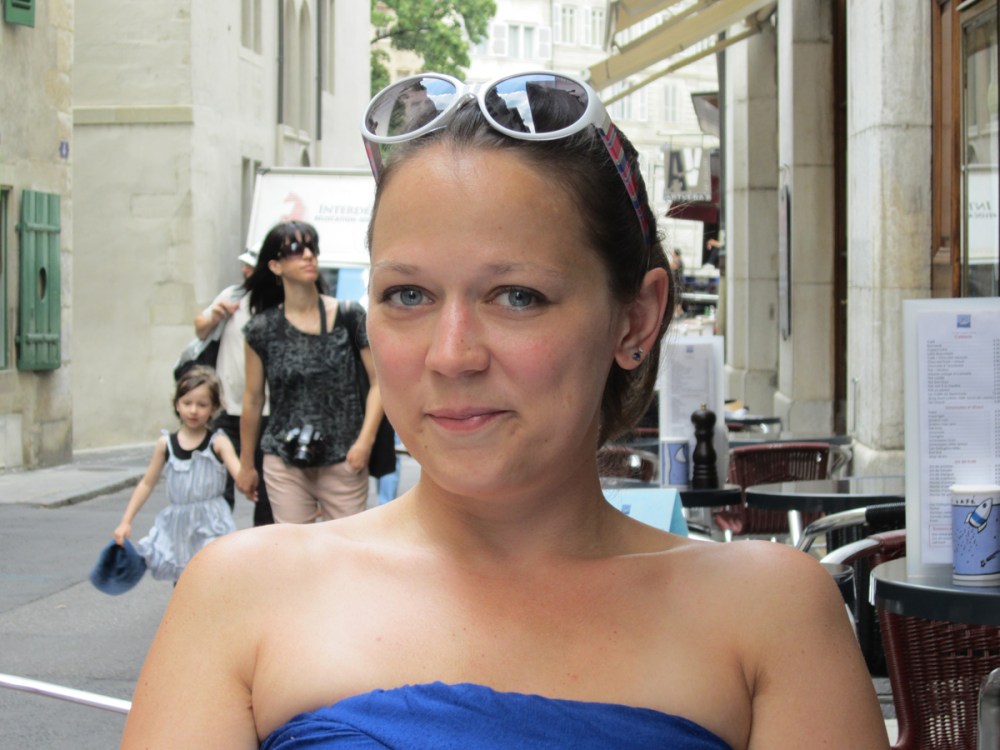 Above: Jessica Szafranski’s wry sense of humor was clear during the interview.

So today the next chapter in Kris and Jessica’s life begins. A Druid’s Duel releases for Windows, Mac, and Linux, and the couple settles down to wait for gamers to decide what their family will be like moving forward.

“If Druid’s Duel doesn’t do well, I have some options,” Kris said. “I guess it’s determined by how awful or how awesome it turns out.”

He has goal levels of sales, he said, that correlate with three options: continuing to develop full-time, developing part-time, and “nice try.”

“I have 15 years or so in software — web and mobile development, now games – I’m not super-worried about finding some kind of gig,” he said. “There is kind of a bustling indie scene here in the Twin Cities. I’ve made friends. I’d probably look at those first. I’m a career kind of guy.”

He doesn’t see today as the end, no matter what happens.

“It’s never done. It’s a beginning,” Kris said. “There will be players to support and updates and stuff.”

Moving on to the next project will be welcome, too, he said with a laugh. 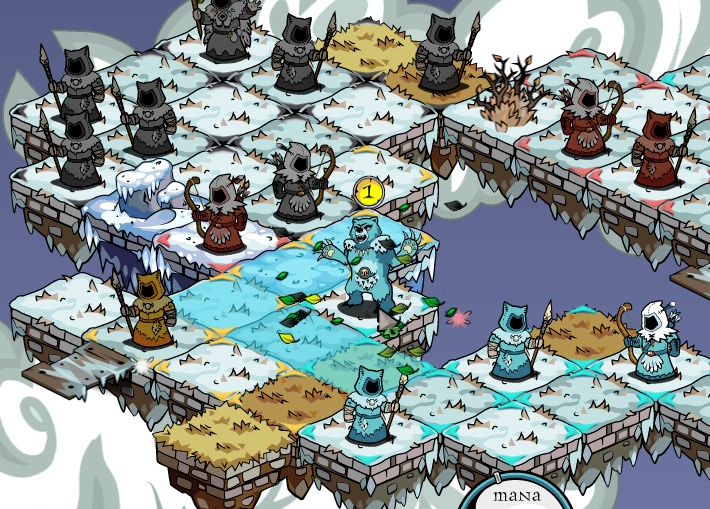 Above: A Celtic strategy game … with attacking bears.

A Druid’s Duel is a turn-based strategy game with a quirky cartoon look, set in a Celtic world where you build up and destroy the actual board you play on by using the weather and natural powers. The original score is Celtic-classical.

Your units have animal abilities, and the board changes based on what you do. The single-player game includes more than 130 levels, and there is local and online play for four. While GamesBeat has not reviewed this, limited play suggests it’s worth a look.