Publisher Fundamentally Games has announced its plans for a transparent and flexible approach to live operations, or creating ongoing events for game developers that helps games monetize better.

The London-based startup will help publish “living games,” or those where the development work continues long after it’s released. And it will also help fund user acquisition costs for advertising a game, thanks to a partnership with Buzz Capital in the United Kingdom.

Live operations have become a big deal for everything from Call of Duty: Warzone (with its multiple seasons and events) to Candy Crush Saga across all platforms. But too many publishers still don’t know how to help developers operate live services, said Fundamentally chief operating officer Oscar Clark in an interview with GamesBeat.

“We’re seeing so many teams coming across that have a great game,” Clark said. “But they don’t know how to get the game to the point where they’ve got the numbers. And so there’s a lot of these great games where you’re just not getting the support. So the deal we’ve done working with Buzz Capital is to support user acquisition funding.”

As a new kind of publisher, Fundamentally wants to build lasting partnerships with clear dividing lines between making, operating, and marketing a game. By taking over those functions, the company hopes to enable the developers to concentrate of their vision and making the game.

Clark said that his team will help create interesting videos and other ads that will draw fans into a game and then run tests on what works, Clark said. The company will get the developers to think about daily, weekly, and monthly challenges for players.

“We give the game a fighting chance and then we scale up the ones that are going to work,” Clark said. 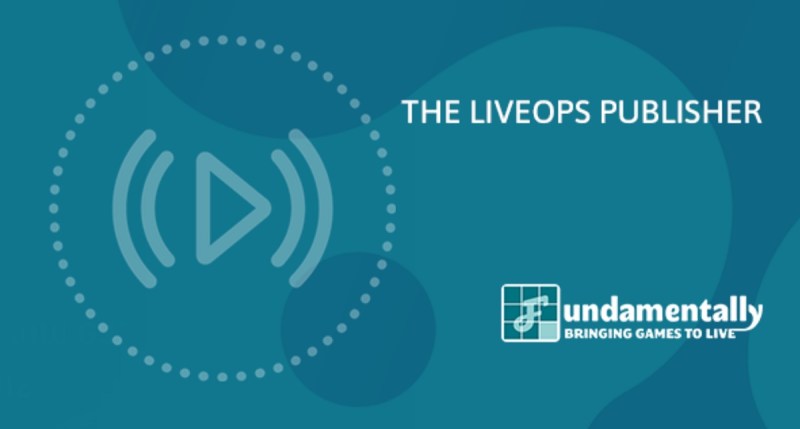 Above: Fundamentally Games is a publisher that handles live operations.

Clark said that Fundamentally Games differs from Tilting Point, which funds user acquisition for successful indie games, by getting involved earlier on in the design process. The company will offer advice on matters such as data-capture, configuration, monetization, economy design, and retention strategies.

Developers, meanwhile, will fund their own development and retain 100% of their intellectual property and creative control over the game.

Fundamentally Games wants to help developers get their games to the point where they have peak commercial potential before they are released. Key to this new approach is a dedication to flexible partnerships which means that the services they offer are tailored to the needs of the developer and the specific game project. There is no one-size-fits-all strategy for games or developers, Clark said. It isn’t clear yet exactly what share of the proceeds Fundamentally Games will take, but that will be clarified in weeks, Clark said.

Fundamentally Games was founded in 2019, and it has six employees. Clark said his company will work with other platforms as needed, tapping into backend infrastructure services such as Playfab or Amazon Gamesparks or Unity. Fundamentally games will work on both PC and mobile games.

“Our actual competitors are the other traditional game publishers i.e. folks that do the marketing and distribution side of things,” Clark said. “But we think there is some great talent out there that aren’t currently getting the support that they need.”

Besides Clark, Ella Romanos is also a cofounder.