The Intentional Play movement is aimed at inspiring developers to create games that have a bigger purpose than fun. It’s for developers who want to create learning, understanding, and a meaningful purpose behind their work. Among the believers is Robin Hunicke, the CEO and cofounder of San Francisco-based indie game studio Funomena.

She has been making games for more than 12 years and is director of the Art, Games, & Playable Media BA program at the University of California at Santa Cruz. Hunicke will be speaking Friday at the Intentional Play Summit in Mountain View, California, at the Computer History Museum. Her company is making experimental games such as Luna (a virtual reality title for the Oculus Rift), Woorld (an augmented reality game based on Google’s Tango technology), and Wattam, a zany game for the consoles. 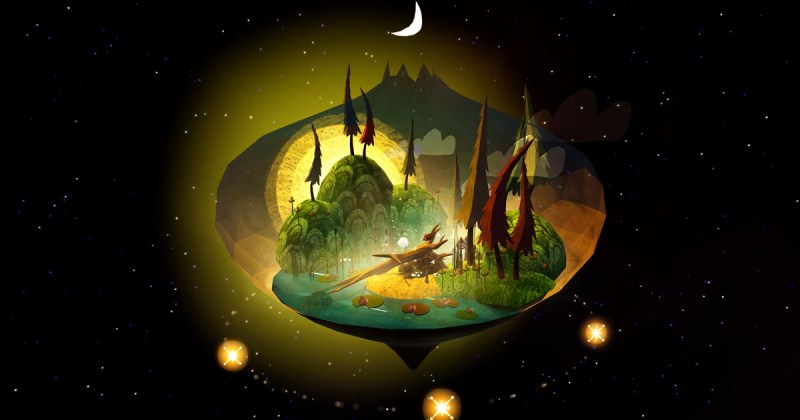 Above: Luna’s lush environment in VR.

GamesBeat: What are you up to lately?

Robin Hunicke: [laughs] Not much. I went to the White House. I was there South by South Lawn. I just came back for Oculus Connect.

GamesBeat: At Intentional Play you have a talk, right?

GamesBeat: What does that mean, intentional play?

Hunicke: The idea is that when you design games, you can design them with the experience in mind. That means you design them with a unique feeling in mind, like we did with Journey or like we’re doing with Luna. Or you can design them with a learning outcome in mind, for example. The Intentional Play Summit is looking at how we can be using games, as well as advanced technologies like VR and AR, to explore ways in which games offer educational experiences, offer experiences where people can have empathy for others, and create better and deeper understandings of different subjects and other people’s true lived experience.

GamesBeat: Does that seem a lot different to you than the older phrase, “serious games?”

Hunicke: I think the idea with intentional play is that it doesn’t necessarily have to be a game. Play is a broader concept. It involves thinking about playful approaches to difficult problems. So long as you can get people to engage with the subject and have a conversation with it–maybe there isn’t a score or a way to win or lose. Maybe you’re just playing with a topic or issue. That spurs conversation and creativity and solutions, hopefully.

GamesBeat: What are some more specific examples? What about Journey, would you say, is intentional play?

Hunicke: Journey started off with the idea that we wanted to create a unique connection between strangers online. A lot of games at the time, online games, involved getting together and accomplishing a task with a lot of other people, but they weren’t really about being with those people in the space so much. We wanted to build a game that didn’t just have chat or voice communication. We wanted to build a game where you would spend time with each other in a way that was meaningful. At the end of the game, when you played through with someone else, you felt like you’d developed a relationship with them that was more special. That was an intentional part of the design.

At UC Santa Cruz, where I’m teaching now — Arts, Games, and Playable Media is the B.A. I’m working with — we focus on the idea that if you start with a feeling in mind, the aesthetic outcome of the game, you can work backward through the mechanics, which are the rules that create that feeling. A lot of games are designed at the beginning, with those rules, and eventually they produce a feeling in the player that’s hopefully a good one. But if you want to be intentional about design and give people a specific experience, you have to start with that end in mind. You have to start with that final goal and make all your decisions about what you include and how you build the game from that outcome.

GamesBeat: Do you have a general theme for the games you’d like to create with this method?

Hunicke: Personally, I enjoy making games that involve creativity and self-expression. I’m interested in autobiographical narrative and the ways we tell our stories. Retelling your story over and over can be a healing process.

Luna, for example, which we’re showing here, is different from other games in that you can’t go back in time and undo your mistake. You can’t get revenge. The little bird in the game gets blown off course by making a mistake and has to learn to tell its story to other characters and rebuild its world one level at a time, until it gets home. I feel like that’s a strong metaphor for the ways we learn from mistakes and grow.

A lot of what we’ve been looking at for Luna is social and emotional learning, looking at adverse childhood experiences and trauma, how people recover from grief. Just thinking about, okay, if we make a game that — at a very abstract level — encourages you to open up and experience your thoughts and your feelings, even when they’re uncomfortable, so that you can process them and let them go, that would be a benefit to humanity. At least in some small way it would make a positive difference.

I like to work on games like that. Journey, for the same reasons, I was very drawn to work on the game with Jenova when he first recruited me. The idea of building a unique connection between people online, to me, would reduce barriers and create empathy. It would create situations where people were playing with someone who, if they knew their age or race or gender or where they were from, maybe they wouldn’t play together. But when all that information is removed, it turns out you have a friend in a 45-year-old woman in Asia who just bought a PlayStation. Who knows? 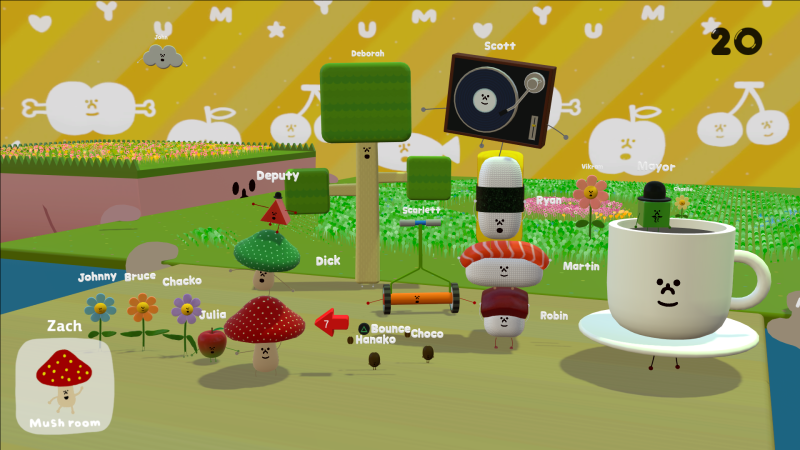 GamesBeat: It seems like a lot of early serious-game companies tried to be very…didactic? Very education-focused, built around a particular curriculum that you were supposed to get out of a game. It sounds like you’re trying to get people to feel some kind of life experience.

Hunicke: I think the way to put it — there’s a great book out there called Helping Children Succeed. It’s the second book in a series by Paul Tough. The first book is called How Children Succeed. It discusses the idea of metacognitive skills, things like grit and perseverance. When you learn them, they help you in all situations.

I’m really motivated to help promote the idea that computer programming and creating games is a literacy. If we use those tools to teach young people to be comfortable telling computers what to do, we’ll get better applications out of those computers that help us solve real problems facing us, including things like climate change and social injustice.

The idea of building an experience to create a metacognitive skill and strengthen that skill means you don’t necessarily have measurable outcomes, like knowing two plus two equals four or this historical event happened at that time. That’s just a cognitive evaluation. A metacognitive skill, something that contributes to the sense of perseverance, self-advocacy, self-determination, those are things that games do really well.

When you look at education and gaming together, it doesn’t have to have a checklist of things the kid knows after they get out of the experience. What you want is for them to understand, at a deep level, that all systems are designed. Any system can be understood as a design, and then it can be iterated upon. That’s the skill set that you need in the next generation of learners and players and hopefully game designers. 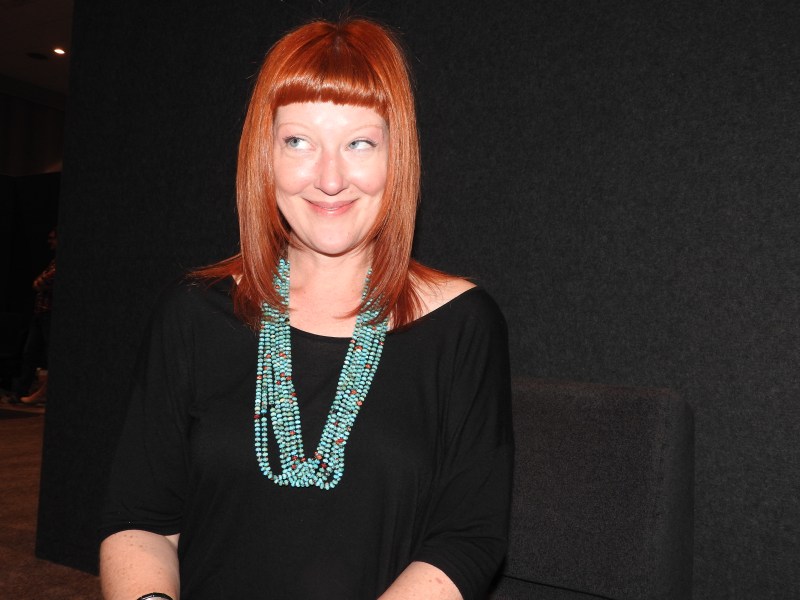 Above: Robin Hunicke’s teams are working on Wattam, Woorld, and Luna.

I’m selfish. I want new colleagues who will teach me new things about their own experience. Honestly, that’s why I’m in VR. I feel like VR is an open space, a safe space to try out a lot of new kinds of games, particularly games that are intentional about learning and creating empathy between people. It’s a new frontier.

A lot of the stereotypes about what games are or who plays games, they come to us from the Nintendo Power generation. When I was a child, games and computers were being marketed as toys for young boys. We can get past that now and move to a place where VR is for everyone, AR is for everyone, technology is for everyone.

I just came from the White House. Their CS For All initiative is something I’m passionate about participating in. It’s so important to give kids access to the internet in all classrooms across the country, give them the access to learn programming and think procedurally. Procedural thinking and systems thinking are skill sets we teach in graduate programs in design, in business schools, at the D-School at Stanford. These are high end, impactful skills. Let’s bring them all the way down to primary and secondary education contexts. Let’s make them part of our democratic process. Let’s help our students and children learn how to change the society they live in for the better by redesigning the systems we’ve designed. They’re old and they need updating. [laughs]

Above: Woorld will be out for Google Tango.

GamesBeat: What’s the status of your different games now?

Hunicke: I have Luna and Woorld and Wattam. Woorld is coming out in November on the Phab 2 Pro phone from Lenovo. It’ll be on every phone that ships. You look through the phone into a little world you’re building. It’s almost like you have little wind-up toys to put everywhere. You can put them on the walls, the ceiling, the floor, on your bed, on a table, and then see them interact and have fun with them. It’s very whimsical, very exploratory. What’s great about it is, because you can see around the phone, you can wander around the space. It’s very interactive with the environment.

Luna will come out in the spring of next year. That’ll be for PC and PC VR. It’s a very meditative, calming experience where you unscramble a world and build it back up from its constituent parts. Then you watch the story unfold from inside it. You’re building little terraria and helping this bird hop from terrarium to terrarium to get home. I’m very excited about that. We’ve been working on it for a while.

Wattam will come out further into next year, probably. We haven’t announced a ship date yet. That’ll be on the PlayStation 4 and some other platforms as yet unannounced.

GamesBeat: How many people are on your teams?

Hunicke: We have 18 people right now. The team making Wattam and the team making Luna are both pretty small, seven or eight people each. Then we have a couple of people who help us out on a lot of projects, like Brad, who does all of our sound. We’re busy. We’re trying to make a difference, and also trying to get them out there and make a little money.