Funomena showed off its soothing virtual reality game Luna at a recent preview event. I played it in a hands-on demo, narrated by Funomena CEO Robin Hunicke. Luna is an open-ended puzzle and creativity game, driven by a story about a cute bird.

Hunicke was a co-creator of Journey, one of the most mesmerizing game experiences of 2012. Since that time, she co-founded her independent game studio and is building a series of titles that feel Journey-like in that they are very creative and unlike many experiences you’ll see in mainstream games.

Funomena is showing Luna at the Electronic Entertainment Expo (E3), the big trade show in Los Angeles this week. The game is coming soon for PC-based VR systems and PSVR. It is one of a number of projects Hunicke, who gave a very inspiring talk at our recent GamesBeat Summit, is working on. 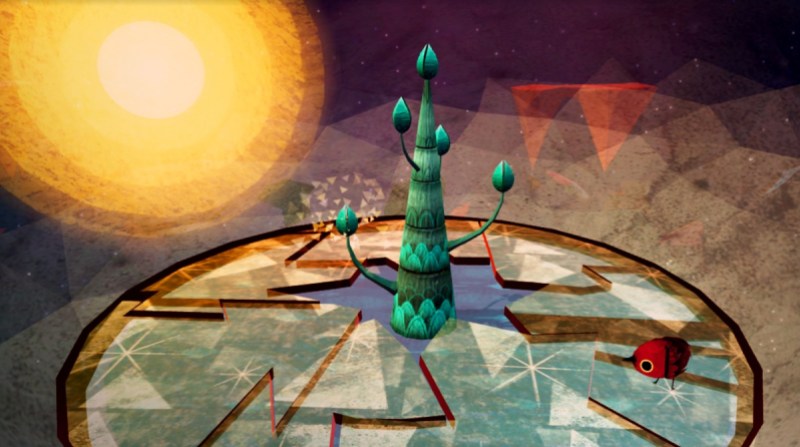 In Luna, a young bird is lured from its nest by an owl, whose hypnotic sound convinces the bird to swallow the last piece of the waning moon. Blown far from its nest by the ensuing storm, the bird wakes up in a scrambled, unfamiliar, and lonely place.

“When I was thinking about this game, I was wondering why people do things that are bad for themselves,” Hunicke said. “Why did Little Red Riding Hood talk to the Wolf? Why do people insist on things that feel good but are not a good idea? I had seen people make decisions that didn’t seem like a good idea. I wanted to make a game where you can make decisions that aren’t great.” 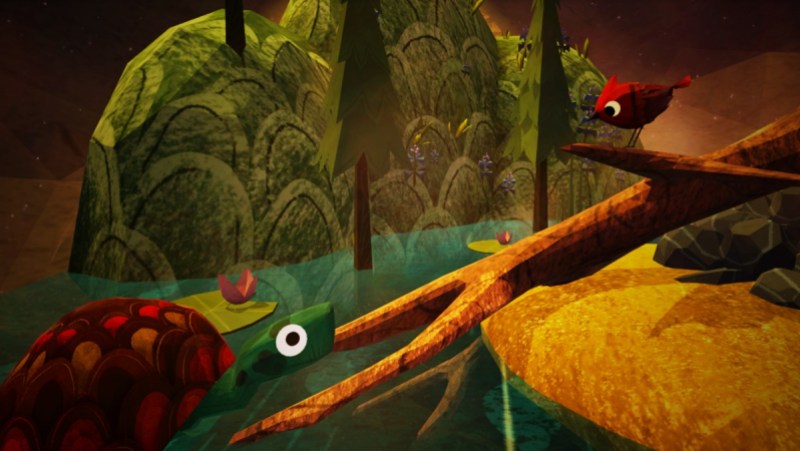 To help the bird find its way back home, the player must help untangle the mixed-up constellations of the bird’s memories. As you solve puzzles, you unlock constellations in the sky. And that will lead the bird home.

I started my demo at the beginning of the game. I had to reach out and solve some puzzles using my hands (which were on the Oculus Touch controllers). As I solved the puzzles, I unlocked pieces of a constellation. Then, I came to a scene with a hill, a bunch of trees, and a pond. It was like a little terrarium. I had to reach out into the environment to feel what parts of the world were interactive. I could touch parts of the environment and make music. The sounds were very soothing and warm.

You have to do some very Zen-like things, like putting your hand out for a bird to jump onto it. Solving the puzzles is fun, but so is simply exploring the world around you and discovering new sights and sounds. Austin Wintory, the award-winning musician who made the music for Journey, is also making the music for Luna. I’m looking forward to seeing more of Luna and the rest of the story. It’s magical and spellbinding.

“The idea is that you can grow from the things that you do,” Hunicke said. 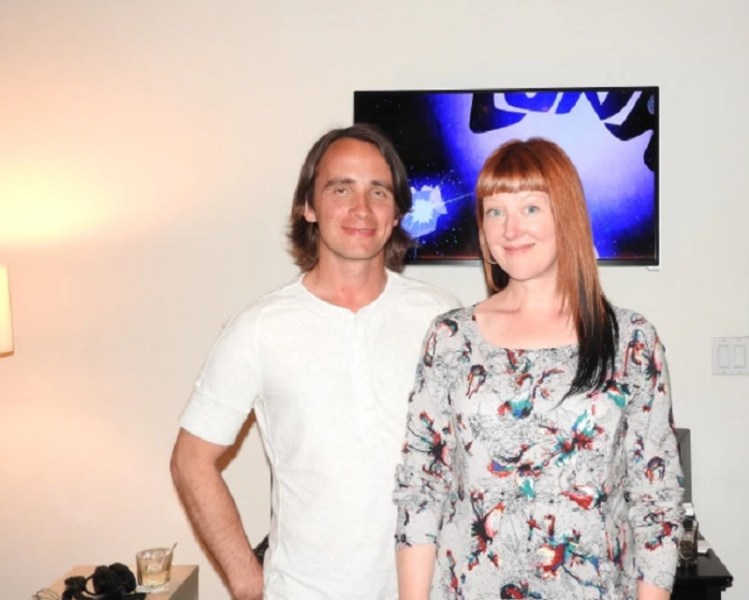