The move underscores the excitement around VR games, which along with augmented reality games could become a $10 billion market by the year 2020, according to tech adviser Digi-Capital. Stress Level Zero is a Los Angeles game studio created by Brandon Laatsch, who was previously a YouTube star who worked with Video Game High School creator Freddie Wong. 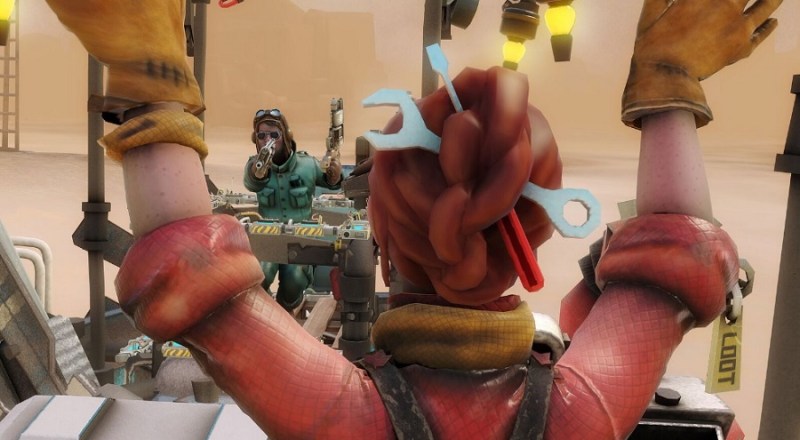 Above: You have to drive and shoot at the same time in Hover Junkers.

In 2013, Wong and Laatsch parted ways, as Wong focused on Video Game High School. Laatsch decided he wanted to create a game company because he saw how much money game companies were paying Freddie to promote their games. Laatsch used the money he made from working with Wong to create VR games.

“One of the reasons we did the Stress Level Zero investment is they are indicative of a new kind of media company,” said Dan Fiden, chief strategy officer at FunPlus, in an interview with GamesBeat.

Stress Level Zero livestreams its development and releases a lot of videos themselves playing games on the Node channel. So it can do a much better job of drawing attention to its own games, such as Hover Junkers. The videos, the livestreaming, and the games all mesh together.

“We see that as a next-generation distribution company, leveraging credibility to distribute content,” Fiden said. “What it comes down to is brand.”

That’s important in free-to-play games, where it’s so hard to get discovered.

“We are looking for companies that have a strong curator’s sense,” Fiden said.