Call it Funware. That’s the name for applications with game-like mechanics and game-like behavior that really aren’t traditional video games. And Funware just might steal the thunder from video games, which may no longer have a monopoly on either interactivity or fun.

With new places to play — such as the iPhone, on Facebook, or even with Google mash-ups on personlized web sites — web-based social interaction is changing the way that many people entertain themselves.

While the term may be new to you, you can readily grasp it, particulary if you’ve heard the phrase, “Facebook is a game.” Tossing sheep at your friends on Facebook certainly qualifies as Funware. So does competing to get more followers on your Twitter account than your friends. And so does filling out your profile details on LinkedIn, the professional networking site that gives you a little reward if you fill out the otherwise tedious online form in full.

The name “Funware” was coined by that Gabe Zichermann, CEO of New York-based start-up rmbr, to classify his own company’s photo-based fun application. Funware examples are proliferating, giving Zichermann plenty to blog about. But he’s not the only proponent of this new kind of threat to traditional web sites and game companies alike. In a recent panel discussion of the subject at the Web 2.0 Expo, the panelists concluded that Funware is something every social media and gaming company should embrace. 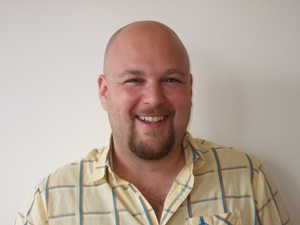 “Unequivocably, for the first time, games have direct competition for user time,” Zichermann said in an interview. “Until now, we’ve been [like] Pac-Man eating the cherry of television and the printed word. Now, a new type of application has emerged that, in the long term, could be more engaging and sticky than what the game industry produces.”

Zichermann, who posted his first Funware title today at rmbr,  has a vested interest in espousing this view that game companies are lagging on Funware, as he plans to raise money soon for his own Funware company. But he has a decade of experience in games (he was founder of game downloading firm Trymedia, which Real Networks bought) and so he has some credibility in claiming to be ahead of the curve. And other industry veterans back him up.

Funware includes applications such as eBay, which made it fun to earn rewards as a competitive buyer or seller on its auction site. The term may also be applied to alternate-reality games such as “ilovebees.com,” where masses of players collectively solved a mystery about an invasion of earth. The site I’m in like with you uses game-like behavior to radically reshape a typical dating application.

The Google Image Labeler, created by Carnegie Mellon University researcher Luis von Ahn, is built around an “ESP” game where two people try to simultaneously label an image and, without being able to communicate, try to come up with the same label for the image as the other person. If they correctly identify a person in a picture as a man, they can get some points; but if they correctly identified the man as Bill Gates, they would get more. The game helps Google improve the accuracy of its image searches.

Flickr traces its origins to game industry veterans Stewart Butterfield and Caterina Fake, whose team stumbled upon photo-sharing while they were trying to make a game. Bunchball has made a tool, dubbed Nitro, that makes web sites more engaging by instilling them with reward-based activities. Entellium has built game principles into its customer relationship management software and Seriosity has a game-like email program.

One of the ominous things for the video game industry is that almost none of these Funware ideas or businesses have come from game companies, which are now failing to catch on to an expansion opportunity. It’s an odd situation, given that game designers are the ones who best understand how to keep consumers addicted, Zichermann says. What’s more, it’s possible that social networks that use fun game mechanics may actually be robbing games of their audiences, he adds.

Yet it’s true that game companies such as THQ are watching the rise of Zynga and Social Gaming Network, which are not traditional game companies but nevertheless are entrenching themselves on Facebook with simple social games. But they haven’t responded in part because the Facebook games they fear that such games may cannibalize the highly-profitable games that game companies charge $60 for. Zichermann says that was the same disastrous response the music industry had to Napster in the late 1990s. Popular Facebook games such as Scrabulous, Werewolves, Vampires, and Friends For Sale were not built by game companies, Zichermann says.

Funware game mechanics include things like leader boards, tournament challenges, ratings systems, badges for accomplishments, levels, and other things that can boost user engagement. Users find these features enticing because they elevate the user’s status in the eyes of the community.

Zichermann took his ideas about fun and applied them to digital photos. Rmbr is making games out of how you can sort, organize, tag and share memories with online photos. Players are rewarded with “level ups,” spots on leader boards, and virtual badges that identify them as high-status members of the site. The company will be launching its first revenue-generating games in the coming weeks at rmbr.com. If those games take off, Zichermann says he will consider raising venture capital.

“The idea is that everyone likes to play games, even though they may not always realize it,” Zichermann says. “Here, the basic idea is to use game principles to get people to perform a desired action.”

The opportunity is that a lot of applications are still fundamentally boring, Zichermann said. The idea isn’t to make games with some higher purpose, as is the ambition of the Serious Games movement. In such games, the creators have some educational or training purpose in mind. Too often, those aims steer a game away from entertainment.

“If the first goal is educational, then it’s not Funware,” Zichermann says.

Zichermann thinks that there are plenty of markets beyond console video games where Funware applications can sprout. What if, he suggested, you could make a game out of doing taxes, with competitions for who can save the most money. Or who does best in the stock market? Or who loses the most weight?

I can think of other examples where the established game companies have failed to be creative, or simply allowed the creativity to walk out the door. Microsoft’s game division pioneered the idea of “alternate reality games,” with the launch of “The Beast” in 2001. That game splashed a mystery across a bunch of real web sites and it was solved by the collective intelligence of players on the Internet. It was the brain child of Jordan Weisman, a serial entrepreneur whose game company had been acquired by Microsoft. Weisman promptly left and created 42 Entertainment, a media marketing company that specialized in building campaigns around alternate reality games. 42 Entertainment, in turn, spun out edoc laundry, a company that put games and secret codes into fashion items.

“Advertising is dead or dying and the future is exclusively entertainment or “funware”,” said Weisman, a serial entrepreneur and veteran game developer. He says that marketing is now just the warm-up act. The content itself must be conceived of and totally integrated with the product or brand it is supporting. 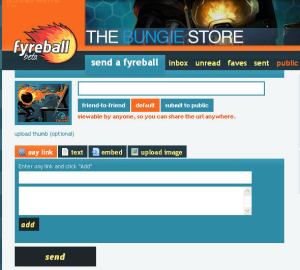 Another example of a game company losing a chance to do something creative happened with Pete Parsons, who headed the Bungie studio at Microsoft’s game division. He left left the company to start his own Funware company, Fyreball, (our coverage).

Parsons agrees with Zichermann’s views on Funware stealing time away from gaming.

“The idea of play, or interactivity, is fundamental to humans and for a long time, this has been overlooked,” Parsons said. “Game companies should be setting aside creative people to look at creating Funware experiences on the broader Internet that build on the experiences from the console games.”

One thing that might happen is that the people who know how to design great games might move into Funware companies. Why would they do that? Maybe it has something to do with valuations. Facebook with something like 500 employees is reportedly worth $15 billion, about the same value as EA ($16.5 billion) with 8,000 employees. It’s easy to see the attraction of Funware for the rank-and-file video game employees. Of course, if the bubble bursts in social media, those who stay at the game companies will feel better.

Certainly, game companies such as Electronic Arts can acquire game-like Funware companies once they prove the market and generate revenues. But that might be an expensive proposition. EA has its own casual games division looking at Facebook as a way to leverage EA games. But I would point out again that EA’s bid for a traditional game company, Take-Two Interactive, might be barking up the wrong tree. In this new world, it would have been far better for EA to have bought a company like eBay many years ago, Zichermann said.

That may sound crazy. But one of the most telling interviews I did on this subject was with Bing Gordon’s on the day he announced he was joining Kleiner Perkins Caufield & Byers as a partner. Gordon, the former chief creative officer of Electronic Arts, said, “What I’m excited about now is stuff that doesn’t fit in EA’s business definition. I am really excited about Facebook. iPhone. Leopard OS and iTunes. Amazon web services. I’m really excited about widget product design. Google mash-ups.”

He went on for a while, describing applications that Zichermann would call Funware. But it’s clear that EA didn’t consider a lot of the things that Gordon listed worth pursuing. The big question is, “Why not?”