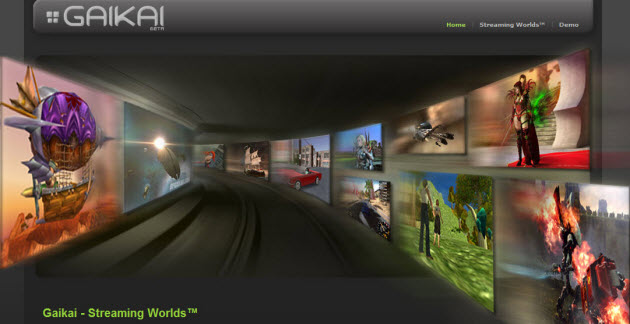 OnLive announced yesterday that it had received a fundamental patent on cloud gaming, where users can play high-end games on low-end computers by utilizing the computing power of broadband-connected data centers. But one of its chief rivals, Gaikai, said it isn’t concerned about the patent because it is operating in a different way.

Both companies can stream game imagery from a data center to a gamer’s computer. Most of the heavy-duty computing is done in the servers in the data center and only the compressed images are sent to the user’s computer. That’s pretty much the definition of cloud gaming, where the user taps the power of the internet “cloud.” But David Perry, chief executive of Gaikai in Aliso Viejo, Calif., said in a statement, “We share OnLive’s vision that streamed gaming is a key element of the future of the video game industry.  We do not expect the general concept of remote gaming to be patentable, as many of us played remote games in the 70’s, 80’s and 90’s. Neither Gaikai nor OnLive were the first to develop technology in this area.”

Perry, a well-known game developer, has been working in the industry for a long time. Steve Perlman, chief executive of OnLive, said earlier this week that he filed for his patent back in 2002 and it wasn’t granted until last week — almost eight years after the filing. The patent covers technology where video games run on remote servers in data centers and users play via a broadband-connected device such as a TV, PC, Mac or mobile device.

But Perry believes his own company isn’t encumbered by OnLive’s patent.

“Gaikai has filed a number of patents regarding cloud-based gaming,” he said. “We have also been careful to avoid technology where we think that other companies may develop valid patent rights.”

He added, “With regard to OnLive’s new patent, we are not concerned with making set-top boxes, which is the focus of OnLive’s patent, because from the beginning we decided to go frictionless and not require a specific hardware configuration.  As a consequence, you are witnessing the evolution of two companies with notably different business models. ”

While OnLive is selling games via digital distribution and is offering a subscription service, Gaikai is focused on doing demos and trial version of games which can be embedded on any web site.

“Nearly everything is different in the ways that we approach the consumer marketplace,” Perry said.

Update: Jules Urbach, chief executive of Los Angeles-based Otoy, said in an email, “We respect the valid intellectual property rights of others but we’d be surprised to see a valid patent issue today that would preempt the entire field of server-side rendered gaming. This kind of technology has been around and well known since at least the 90’s.”

Rob Enderle, an analyst at the Enderle Group, said that playing games on servers does indeed date back to the age of mainframe computers. But he notes that the underlying technology and the experience of server-based games have changed a great deal. Enderle thinks the OnLive patent is defensive in nature. He believes that Gaikai is doing something different for now but eventually both sides will have to work out their intellectual property issues.

“This does represent the future of gaming and, I expect, before we get there, a lot of attorneys will be vastly wealthier as ownership rights get worked out,” Enderle said.