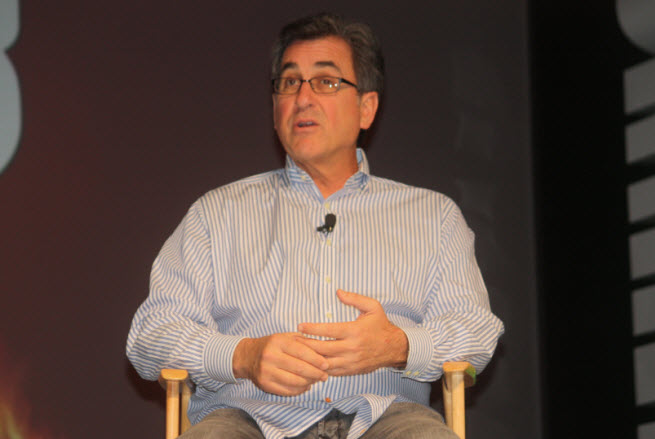 Michael Pachter, an oft-quoted video game analyst, said the social gaming explosion of the past few years isn’t a bubble; rather, the Nintendo Wii was a bubble, where users tried out a hot new fad and moved on to something else.

The perspective runs counter to the buzz that social games are in the midst of a Gold Rush, driven by the initial public offering of Zynga, that will come to its inevitable end as the bubble collapses. But Pachter is making the remarks based on a close reading of sales.

“Nintendo Wii fans are now playing Farmville,” Pachter said. “The Wii was a bubble. The Wii bubble has burst. As for the social bubble, I don’t think it’s a bubble. I play Facebook games with my mother. This is not a bubble.”

From 2006 to 2010, it seemed like Nintendo could do no wrong with the Wii, which drew non-gamers and casual gamers into console gaming with the novelty of the Wii motion-sensing controller. But sales have declined more recently, and Microsoft has moved into the No. 1 spot in monthly hardware sales for the past year. Pachter thinks many of those fad gamers have moved on to new things such as playing games on iPads. Only the hardcore console gamers remain, and they’re driving games such as Battlefield 3 or Call of Duty: Modern Warfare 3 to huge numbers. Nintendo is starting to lose money as it takes a beating in consoles and as iPads and iPhones continue to hurt Nintendo’s portable sales.

Nintendo still generates huge revenues each year, and social gaming is still a relatively small part of the U.S. game industry, according to data from DFC Intelligence ($1.1 billion for social games in 2011 vs. $8.8 billion for console software)

Pachter made the remarks at the [A]list Summit on game marketing in San Francisco today. He pointed out that social games are part of the bedrock of games. Social gamers are casual players who play games with friends for a short time each day. Pachter used a casino analogy to describe the importance of these customers to game companies.

Casinos cater to high rollers who love to play complicated games like poker. But the casinos of Las Vegas and elsewhere became huge mass market attractions when they added things such as penny or nickel slots. The people who play these games can mindlessly throw money into the machines “while they’re smoking a joint or getting lap dances,” Pachter joked. But these games draw crowds into the casinos. That’s why there are so many slot machines on the casino floors, compared to the relatively small space for poker players.

Pachter did criticize the social game business for giving away too much for free. Entertainment in Western culture, he said, has never been free, from ad-supported TV to a la carte music sales on the iTunes store. Pachter believes the social game business will pick up much better if it can figure out how to monetize the 98 percent of players who aren’t paying for virtual goods.

We’ve asked Nintendo if they want to comment on the drubbing they’ve taken from Pachter.