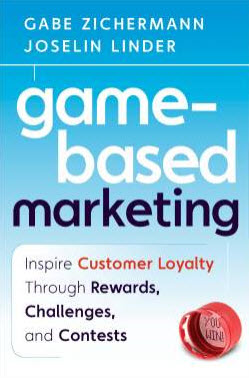 Gabe Zichermann coined the term Funware to describe the use of video game mechanics in everyday, non-game applications. It was a big idea that has now become a rallying cry for the spread of video games beyond their traditional borders into industries that seem remotely related to games.

What Zichermann, chief executive of beamME and a 12-year game industry veteran, realized was that games motivate people to do things that they wouldn’t ordinarily do. The book (subtitled “Inspire customer loyalty through rewards challenges and contests”) debuts this week and is a must read for marketers, including the folks who are attending the MI6 game marketing conference in San Francisco on Thursday.

Funware is an intuitive concept. If you turn work into game, people willingly do it. If you make a tedious school assignment into a game-like competition, kids will become engaged with it. If you add a rewards-based loyalty program to your product, people will choose it over rivals. The time has come to “game-ify” all of the boring industries so that users will be motivated to use products and services because they want to, not because they have to. In fact, the authors argue that just about any task can be designed so that it can be more fun. 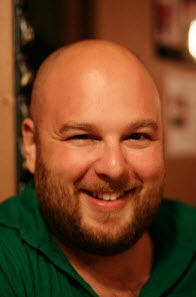 Over the past couple of years, the idea has gained steam. Venture capitalists such as Bing Gordon, former chief creative officer at Electronic Arts and Kleiner Perkins partner, believe that Funware has the potential to change all of advertising.

Game-based marketing is one of those things that has been around forever, but is only now getting recognized for what it is. Games have grabbed a bigger share of the entertainment market because they’re sticky. They get people to come back over and over in a way that ordinary ads or marketing programs do not. (Pictured right: Zichermann).

The book begins with a couple of telling anecdotes. One relates how one of Zichermann’s former bosses in the ad industry just didn’t understand the point of marketing to gamers. Another shows how the Jerry Seinfeld and Bill Gates commercials — advertising the launch of Windows 7 — failed horribly in winning over audiences. The authors say that the failure of these commercials harkens the death of traditional ads.

Brands are starting to catch on. The old way of reaching people through 30-second commercials isn’t working anymore because people are skipping commercials with their digital video recorders. And a new generation of young people isn’t watching TV at all. About 80 percent of these youths are playing video games, so they are naturally amenable to game-related motivations, such as competitive leaderboards, enhanced status in a community, or achievement points. They are a generation that looks at things like and wonder why it wasn’t designed more like a game. One example: a leaderboard inspired Brazilians to boost their usage of the Orkut social network so their country could be the top of the leaderboard. As a result, Google’s Orkut is the No. 1 social network in Brazil, not Facebook. 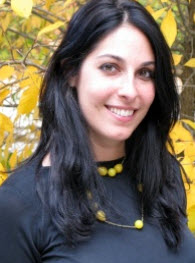 Some of this is basic psychology. If you put up a velvet rope and create a VIP area in a bar, people will want to get into it. They will be nice to the host and offer bigger tips if they can get the better service and status associated with being a VIP. The bar makes more money and can charge higher prices in the VIP area. The fundamental product, alcohol, is still the same. The marketing of the product is what changes, and that’s what companies should realize, says Tim Chang, principal at Norwest Venture Partners. (Pictured right: Linder).

Part of the problem with today’s marketing is that marketers grew up thinking that brands should be inserted into games as commercial breaks. And game companies grew up thinking that their games were only for hardcore players. But now the growth of the mass market for games means those lines are blurring. Zichermann and Lindner say that the marketers should realize that the BRAND CAN BE THE GAME. In this melding, game experts can lend their expertise to the brand marketers, who in turn can help the game companies reach the non-gaming masses.

An example is the NBC trivia game, iCue. For years, NBC wanted to find out how to make money from its archive of videos. No one was watching them. Then NBC created a video trivia game where players had to guess a movie’s details based on watching a clip. The result was a sticky application with 100,000 users per month.

This book rests on the shoulders of others that have come before it, such as Changing the Game by David Edery and Ethan Mollick, and Total Engagement by Bryon Reeves and J. Leighton Read. Both of those games argue the same case as Game-Based Marketing, though with different examples about how to turn work into fun.

One of the common examples that comes in all of the books is America’s Army, the online combat game created by the U.S. Army as a recruiting tool to reach young people who grew up playing video games. America’s Army costs very little to run, but it has had a huge impact in educating youths about the ways of the Army. Nike, Coca-Cola, Mary Kay Cosmetics and lots of other companies are sharing in the fun by designing Funware.

The fact that other books have come before this one suggests that thesis of the book is part of a larger movement. The ideas that were once considered radical are now becoming an accepted canon. Bunchball, founded by entrepreneur Rajat Paharia, is actively helping brands to game-ify their web sites.

But Zichermann and Linder point out out that some of the pioneering ideas behind Funware are, in fact, really old. They were embedded in the old Green Stamps program where you could earn stamps by making purchases at participating stores and then redeeming the stamps for merchandise. The germs of the Funware idea were also in the first frequent flyer program created by American Airlines in 1981. And they were part of addictive nature of slot machines in Las Vegas and sweepstakes contests as well.

That gets us to the good thing about this book. People who know games should read it because they’ll learn about other industries which have already done what the game marketers want to achieve. And people who know brand marketing should read this for the new tips that the game companies have created to hook users. I must admit I got sleepy when I read so much about frequent flyer programs, but I also learned a lot that I didn’t know.

Game makers may think that they have learned all of the ropes, but the research in the book shows they would do well to study the effects that rewards programs have on users. The Boy Scouts, for instance, figured out that giving out low-cost badges instead of big monetary awards was more than enough to keep young boys motivated. Indeed, in everything from sweepstakes to reality TV, it is a fact that large prizes are not required to encourage continuous engagement and loyalty. And the game makers may have to watch out. As the designers of social networks have figured out, it is possible to create an experience such as Facebook that is possibly more fun than games. It’s also worth noting that gamers will try to game any system; just ask Las Vegas casinos why they have huge security staffs devoted to cracking down on cheaters.

Meanwhile, the creators of loyalty programs at institutions such as McDonalds would do well to modify their contests to be replayable, as most games are, to inspire long-term loyalty. Why can’t the Internal Revenue Service create some incentives so that filling out your taxes is fun?

If the game makers and the brand experts get together, figure out how to create long-term brand loyalty through engagement, then everybody is going to make a pile of money.